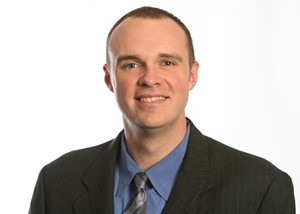 Larry Hare started at Kansas Athletics in August, 2005 and serves as assistant athletic director – equipment operations. His main responsibility is oversight of equipment and apparel for all student-athletes, coaches and staff while also being the primary point of contact for the adidas contract and handling men’s basketball, softball, volleyball, tennis, men’s golf and women’s golf equipment needs.

Hare’s other responsibilities include oversight of the varsity awards program, fleet manager for the department’s busses and vans, management of Coca Cola product and units in the department, director of the student manager program and assisting in the trademark/licensing area.

Hare was born in Rutland, Vermont, where he attended Mount Saint Joseph Academy. Hare played football, basketball and golf in high school. He graduated from Boston College in 1996 where he earned degrees in history and secondary education.

At Boston College, Hare worked four years as men’s basketball student manager, while also working in the equipment room assisting all sports for three years. After graduation he spent one year as a graduate assistant equipment manager at Northern Arizona (1996-1997) before spending one year as head equipment manager there (1997-1998).

Hare was director of athletic equipment services at Connecticut from 1998-2005 before coming to Kansas.

Hare and his wife Jennifer have two children, Mason and Elizabeth. Hare is an allied member of the American Football Coaches Association. He is a women’s college basketball official and enjoys golf, volunteering at church and his children’s school and traveling with his family.