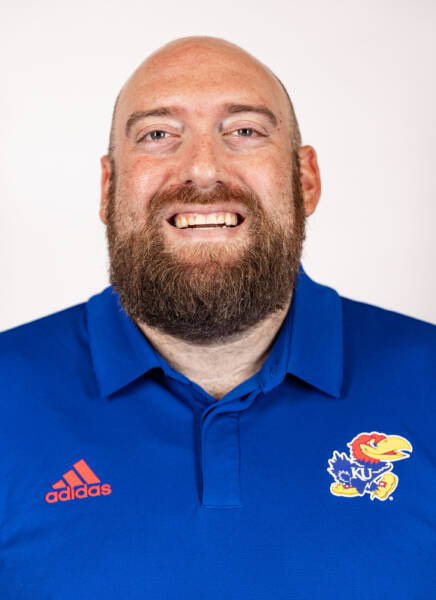 DeLeone brings experience at the NFL ranks with the Detroit Lions, Chicago Bears, Kansas City Chiefs and New York Jets, along with experience on the college level.

DeLeone spent the 2021 season with the Detroit Lions, coaching the inside linebackers. Prior to his time in Detroit, DeLeone coached the inside linebackers from 2019-21 in Chicago, coaching alongside Matt Nagy, who he worked with in Kansas City from 2013-17. DeLeone spent his first two seasons with the Chiefs as a defensive quality control coach from 2013-14 and helped Chiefs linebackers earn Pro Bowl berths in each of his first four seasons.

Justin Houston and Johnson all earned Pro Bowl berths, marking just the third time in franchise history that three Chiefs linebackers were selected to the NFL’s all-star game, with all three occurrences being held by Hali, Houston and Johnson.

In his second season in KC, Houston broke the team’s franchise record for sacks with 22.0 and was named the Derrick Thomas award winner as the team’s MVP.

Prior to joining the Chiefs, DeLeone spent one season with the New York Jets in 2012 as a defensive assistant. Before that, DeLeone served as a graduate assistant at Temple University during 2011. He also served as a quality control coach at the University of Florida in 2010, working on head coach Urban Meyer’s staff. While at Florida, he coached wide receivers in the spring and offensive line and tight ends in the fall. The Gators pro- duced seven All-SEC performers that season en route to an Outback Bowl victory.

In 2009, he held the titles of director of football operations and assistant offensive line coach at the University of New Hampshire. During that season, the Wildcats went 10-3 en route to the Colonial Athletic Association North Championship and a quarterfinal showing in the Football Championship Subdivision playoffs.

A native of Syracuse, N.Y., DeLeone began his collegiate coaching career at the University of Iowa where he was a defensive student assistant for head coach Kirk Ferentz from 2007-08. In 2007, he worked with the line- backers and switched to the defensive line in 2008. While with the Hawkeyes, Iowa won the 2009 Outback Bowl and produced 14 All-Big Ten selections and 22 NFL players. He worked with two 2011 first-round NFL Draft picks in OL Mike Pouncey (Florida) and Adrian Clayborn (Iowa) during his time in the collegiate coaching ranks.

A 2009 graduate of the University of Iowa, DeLeone earned a bachelor’s degree in liberal arts and sciences. He is married to his wife, Molly.