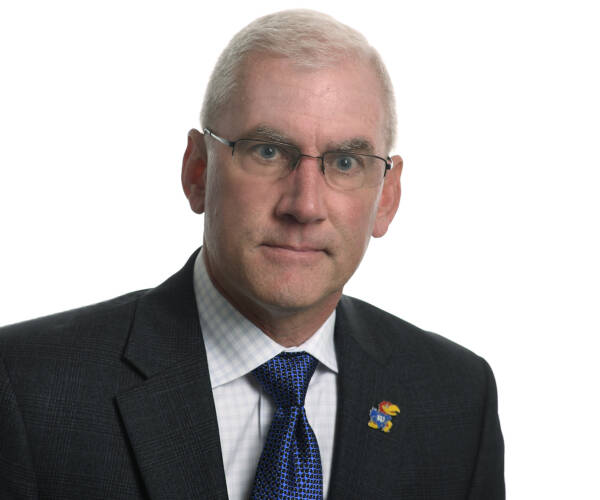 Mike Vollmar, an executive with three decades of experience in college football administration, joined Kansas Athletics as Senior Associate AD for Football Administration in August 2018 and transitioned into a role as Senior Director of Capital Improvement and Projects in 2022.

Vollmar arrived in Lawrence after serving as Director of Football of IMG Academy in Bradenton, Florida since February 2017. Vollmar oversaw all aspects of IMG Academy’s football program, including boarding school, camps, visiting team training and events.

Vollmar went to IMG after serving for four years as the University of Tennessee’s senior associate athletic director; he oversaw football and was a member of the Vols’ executive staff. During his career he has been a part of 20 bowl games, a national championship and four conference titles.

In addition to his tenure at Tennessee, Vollmar has worked at some of the most recognizable and successful Power 5 programs in the country, including:

Additionally, early in his career he also held recruiting and administrative positions with Syracuse (1991-95) and Michigan (1988-90). At Syracuse Vollmar was responsible for the oversight of recruiting and administration. Four players recruited during his tenure, including Donovan McNabb, were named to the Syracuse All-Century Team. At Michigan he served in athletics administration and was assistant recruiting coordinator. During his time there Michigan went 28-7-1, winning three Big 10 Championships while appearing in two Rose Bowls and a Gator Bowl.

Vollmar graduated from Siena Heights University in 1988 with a degree in history and a minor in speech communications. He was a pole vaulter for the Saints’ track and field team. He earned a master’s degree in sport management from the United States Sports Academy in 1989, where he was named Alumnus of the Year in 2010 and serves on the Alumni Board.

Mike and his wife, Tami, have a daughter, Bailey, who is a student at Michigan State University.