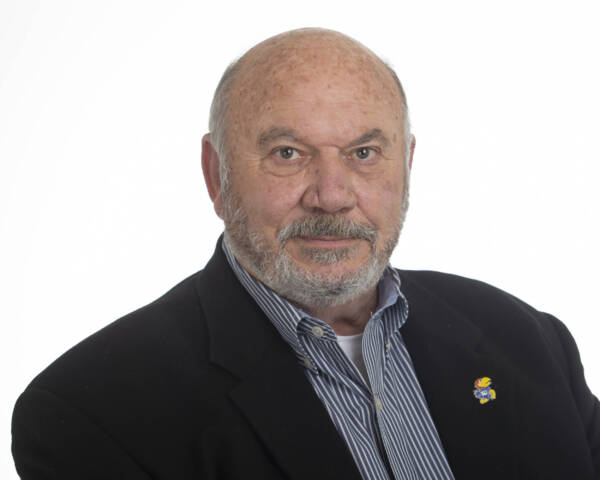 Pat Henderson is an assistant athletics director for major gifts, working in the Williams Education Fund. Henderson started at Kansas in December of 2002 as an assistant football coach.

In his current position, Henderson’s responsibilities include fundraising, football relations, the Wheel Club and the Quarterback Club.

Henderson was an assistant football coach at Kansas from 2002-04, the final stop of a coaching career, which included Arizona State, Purdue, Texas Christian, Tulsa and SMU. He coached a number of NFL players as well as teams which won or shared six conference titles and participated in eight bowl games, including a Rose Bowl Championship in 1987.

Henderson played football at Kansas from 1970-74. He was born in Kansas City, Mo. and attended Northeast High School where he was a four-year starter and two-year captain in football and a two-year starter in basketball.

He graduated with a degree from KU in 1975 and earned a master’s of education from Nebraska-Omaha in 1980.

Henderson and his wife Mary have three children – Brian, Jeff and Kelli. He enjoys playing golf.