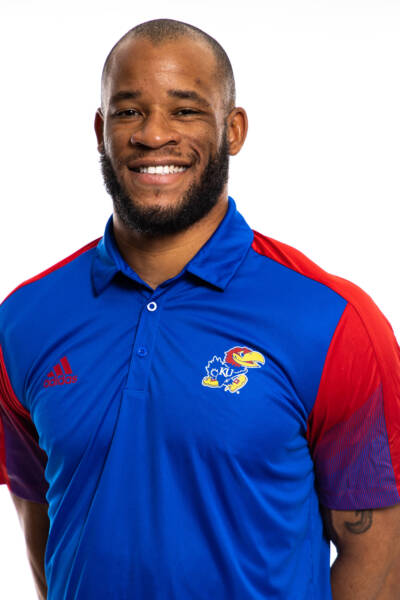 Patrick Hampton joined the strength staff for Kansas football in February of 2022 as a Assistant Sports Performance Coach.

In his role, Hampton assists the Head Performance Coach implement training in all aspects of strength and conditioning for Kansas football. He is responsible for the collection of daily and weekly goals, along with the collection and reporting of hydration testing data, among other responsibilities.

Prior to joining the Jayhawks, Hampton served as a Assistant Football Performance Coach at UCLA from 2019-21, where he collaborated with the Football Performance Staff to utilize the training system called P.A.D.S. (Progressive Athlete Development System), which trained our athletes based on position specific needs and/or by training proficiency. Hampton helped utilize sports science technologies that helped guide training and assist in exercise selection to keep athletes safe, healthy and available. Hampton was also responsible for regularly creating purchase orders for football nutrition and supplementation.

Hampton completed his Master of Education, Health and Physical Education from Georgia State University, where he served as a graduate assistant from 2013-16. Hampton completed his Bachelor of Arts in Communication, Media & Culture from the University of South Florida, where he played defensive end for the Bulls. Hampton played in 42 career games at USF and was a part of the 2012 Battle of Florida Senior Bowl, 2010 Meineke Car Care Bowl, 2010 International Bowl, 2008 Magic Jack St. Petersburg Bowl and 2007 Brut Sun Bowl.