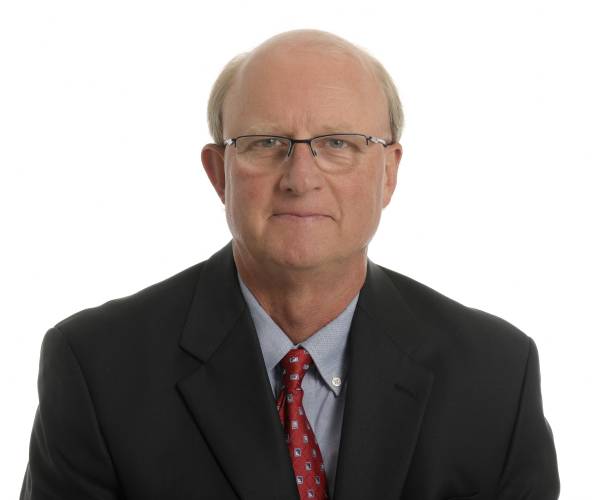 Paul Vander Tuig has served as the Licensing Director at the University of Kansas since August, 1993 with reporting responsibilities shifting through various offices over the years. He has been reporting through the athletics department since January, 2006.

In his role he is responsible for granting authorization for logo use and ensuring compensation for their use when applicable. Prior to working in the athletics department, Vander Tuig served in the same role at KU reporting through the student union, chancellor’s office and executive vice chancellor for external affairs.

Vander Tuig was born in Sheldon, Iowa and attended Primghar (Iowa) High School where he lettered in baseball, basketball and track. He then played one year of basketball at Northwestern College in Iowa. He graduated from the University of Northern Iowa.

He and his wife Sheila have adult two children – Amanda and husband Scott (reside in Seattle, WA) and Justin (resides in Aurora, CO). Vander Tuig enjoys fishing, golfing, and watching collegiate sporting events. He has been active on several professional collegiate licensing boards, served a four-year term as president of the Baldwin City Recreation Commission, and is currently President of the Baldwin Golf Association.