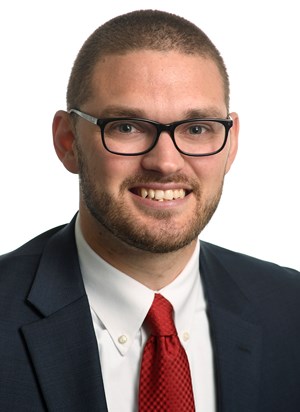 Ryan King is entering his third year as the Assistant AD- Academic and Career Counseling at Kansas. Ryan is responsible for the day to day operations of the academic and career counseling staff, while also overseeing the academic success of the Jayhawk football program.

Ryan previously was the Assistant Director of Academics at the University of Missouri. During his time at Mizzou, they saw exceptional academic success with the football team. In Ryan’s tenure, football student-athletes had the highest team GPA in recent history, a record number of football student-athletes in Graduate school, and an all-time high on SEC honor roll, eclipsing the previous number by double digits. He also spearheaded the Mizzou Made Graduate Assistants program and revamped the summer bridge program for incoming student-athletes.

Prior to his time at Mizzou, Ryan spent nearly three seasons with the University of Arkansas football team, working in academics. During those seasons, the Razorbacks continued to elevate their academic success in both APR and GPA numbers.

Ryan received both his Masters, and Bachelors from Kansas State University in Counseling and Student Development, and Secondary Education, respectively.

Ryan and his wife Pamela, have two daughters, Avary and Briley.