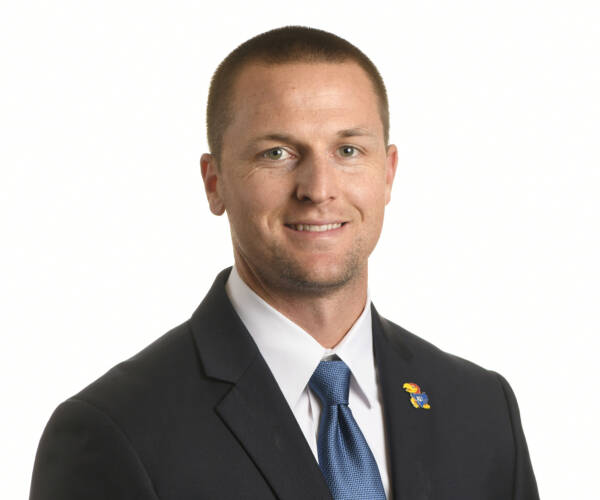 Since the spring of 2018, Stewart Young has been an assistant sports performance coach for Kansas Athletics. He currently works with the men’s golf and track & field/cross country programs at KU, for which he implements the teams’ strength and conditioning programs.

Prior to coming to Lawrence, Young was a strength and conditioning coach at the University of Alabama at Birmingham from 2014-17, where he worked with the football, baseball and track & field teams. He started his professional career at his alma mater, Samford University, for two years, 2011-13. In his role as an assistant strength and conditioning coach for the Bulldogs, Young worked with numerous teams, including volleyball, women’s soccer, women’s basketball and softball.

Born in Richmond, Virginia, Young was raised in Tampa, Florida. There, he attended Wharton High School from which he graduated in 2005. While at WHS, Young was a member of the Wildcats’ baseball team. His talents on the diamond took him to Samford University. While a Bulldog, the team was laying the foundation for future program growth. In the summer of 2008, Young was playing summer league ball for the Niagara Power of the New York Collegiate Baseball League and was chosen to participate in the NYCBL All-Star Game. Young wrapped up his college career as a senior for Samford in 2009.

Young earned his undergraduate degree from Samford University in 2009, with a Bachelor of Science in exercise science. He continued his education at the University of North Carolina at Chapel Hill where, in 2011, he received his Master of Arts in exercise physiology. Young is now a member of the National Strength and Conditioning Association (NSCA) and United States Weightlifting (USAW).

Outside of work, Young enjoys spending his free time with his wife, Hilary, and daughter, Eva. He also likes weightlifting, bike riding, reading and listening to murder mystery podcasts.