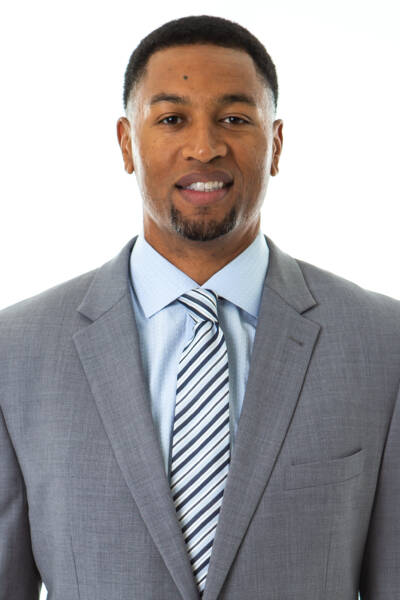 Kansas Director of Athletics Travis Goff announced on August 30 that Wayne Simien has joined as Associate AD of Engagement and Outreach – Administration.

At Kansas, Simien will play a key role in leadership and professional development opportunities for student-athletes, coaches, and staff. He will also focus on developing relationships with former letterwinners and donors, as well as being a part of Kansas Athletics’ community involvement, outreach and relationship building. He will continue in his role as the host of The Jayhawker podcast, where he connects with current and former student-athletes, in addition to staff members and coaches. For the past 12 years, Simien has served in various roles on campus as well as volunteering in the athletics department as an affiliate.

Simien ended his career at Kansas, No. 12 in scoring (1,593 points), No. 7 in rebounds (884) and No. 4 in double-doubles (38). Simien helped lead Kansas to a 110-28 record during his career, along with three Big 12 Championships, four NCAA Tournament appearances, three Elite Eights and two Final Fours. Simien was selected 29th overall in the first round of the 2005 NBA Draft by the Miami Heat, with whom he won an NBA Championship in 2006. Simien’s Kansas jersey was officially retired on Jan. 29, 2011.