LAS VEGAS – It’s often said that the Rock Chalk Chant has been heard in almost every corner of the globe, and that was no exception on Monday afternoon at Faith Lutheran High School in Las Vegas, Nevada. Believe it or not, it came as the Golden State Warriors’ Summer League team was wrapping up its practice and was bellowed by Aaron Miles, the squad’s head coach and former four-year starter for the Kansas Jayhawk basketball team.

Despite now being fully immersed into professional basketball, spending the majority of the year as the head coach for the Santa Cruz Warriors, Golden State’s G-League affiliate, Miles still feels the strong connection and devotion to his alma mater, and this is proven by more than an occasional Rock Chalk Chant following his team’s practices.

Miles continues to follow the program and stay connected to – not just those teammates that he took the court with from 2002-05 – but those who wore the Crimson and Blue before and after him. NBA Summer League, an 11-day event in Las Vegas that brings together some of the top young talent in the world, gives Miles a great chance to witness the depth of this KU network firsthand.

“It’s a brotherhood,” said Miles. “For all the (KU) guys who are out here playing, you want them to do well and you support them. We played Devonte’ Graham in the first game and as soon as we saw each other, we got up and gave each other a hug and wished each other well. That’s the bond that can’t be broken no matter where you go.”

Miles doesn’t have to look far down his own bench to enjoy this KU connection. The Warriors team that he has amassed has a strong Crimson and Blue flavor. He is joined by former KU teammate Michael Lee, who is an assistant coach for the Warriors. The most recent Kansas basketball export, Dedric Lawson, is also on the Summer League roster, having appeared in four of the Warriors’ five Summer League games thus far.

Even though Las Vegas brings this vast KU brotherhood to one place a week and a half, working in the pro ranks year around gives Miles the chance to witnesses this tightknit Jayhawk family on a regular basis during his G-League and NBA travels. Most recently, he was stopped by a Jayhawk great during a Warriors’ postseason game earlier this year. 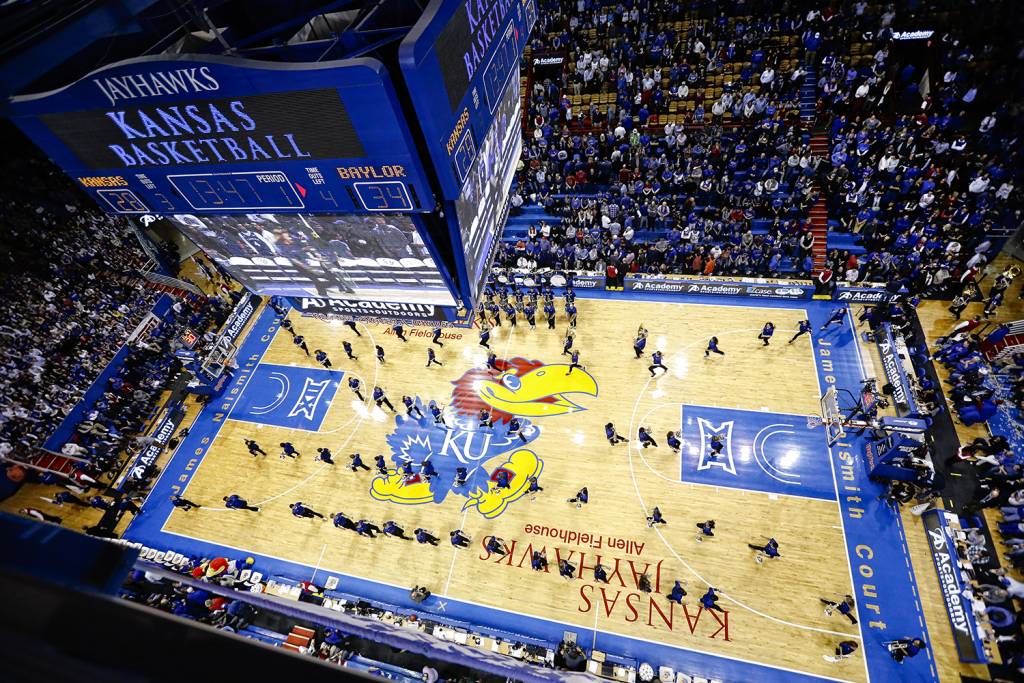 "During this last playoff run, I ran into Paul Pierce, who was eating with Chauncey Billups," Miles recalled. "I said, 'What's up', to him and he turned to Chauncey and said, 'Yeah, that's my Jayhawk bro.' That type of love is great. No matter what we're doing or where we are, we are all Jayhawks."

Whether he’s reuniting with teammates this week in Las Vegas or throughout the year across the country, Miles admits that there’s still nothing quite like making the return to Lawrence and the University of Kansas campus, and that is where the Kansas family feels strongest. He pointed out one annual event that draws a large contingent of former players proves how much the Jayhawk alumna enjoy gathering back on Mount Oread.

“(Radio voice of the Jayhawks) Brian Hanni has been organizing this event for years, and every year, we see a great turnout,” Miles said of the annual Rock Chalk Roundball Classic, now in its 11th year. “All these guys want to come back and be a part of it; to reunite and experience that same type of love and fellowship.”

It’s easy to understand why Miles enjoys returning to Lawrence, given he experienced a record-breaking career while competing on James Naismith Court. During his four years running the point for the Jayhawks, Miles helped KU to a pair of Final Four appearances, three Big 12 regular-season championships and ended his tenure as the school’s all-time leader in career assists (954), a mark which he still holds today. But despite his accolades on the court, his fondest memories revolve around the city and the arena in which he and his teammates found so much success.

“Lawrence is amazing,” Miles quickly answered when asked what his favorite parts of his time at KU were. “The people there are great and so supportive. I’ve talked with people around the NBA who have played in Allen Fieldhouse and they say it’s the rowdiest and the best arena to play in. Those were great times for me.”

The fans, the city and Allen Fieldhouse will always hold a special place in Miles’ heart, but he reverts back to the relationships he built with his teammates when asked what he misses most from his days with Kansas basketball.

“I still stay in contact with all the guys that I came into school with – Mike Lee, Keith Langford, Wayne Simien, Jeff Hawkins,” Miles explained. “Nick Collison, Kirk Hinrich, Drew Gooden, we still talk all the time, too. When you’re in school you see them every day, and you don’t really appreciate at the time how great it is to have those guys around. That’s what I really miss.”

Even though he spends most of his time wearing yellow and blue these days, Miles still bleeds Crimson and Blue and says he will continue to seek out and build the strong Kansas brotherhood that he and his fellow Jayhawks have established. Whether that is in Las Vegas, on the sidelines in Santa Cruz and San Francisco or back in Lawrence, you can bet that he won’t stopping his Rock Chalk Chants any time soon.

"I still stay in contact with all the guys that I came into school with - Mike Lee, Keith Langford, Wayne Simien, Jeff Hawkins," Miles explained.