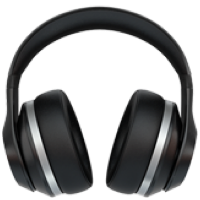 🎧 The Power of Positivity

The power of positivity is a force like none other and its profound effect can be spread by anyone.  One especially strong source of positivity resides right here in Lawrence and he happens to be one of Bill Self’s biggest fans.

14-year-old Nicholas Parscale has been battling cancer for nearly five years. Despite his lengthy cancer bout, Nicholas always remains upbeat and has made it his life’s mission to spread his message of positivity through his weekly “Nick the Brave” podcast.  Over the past year, Nicholas has helped tell the stories of nearly 50 guests whom he feels are on what he calls “the positivity track.”  His guest list ranges from local business leaders to former KU standout Alonzo Jamison, and all the way to movies stars like Paul Rudd.

Nick has inspired countless people through his weekly conversations about positivity but as he wrapped up his first year as a podcast host there was one guest he wanted to interview more than any other: Kansas Men’s Basketball Coach Bill Self.

Earlier this month, Coach Self granted Nick’s wish and conducted the interview over Zoom.  Nick asked Coach Self a number of questions about how he uses positivity in coaching the Jayhawks and the role it’s played in his career over the years.  What Coach Self couldn’t have expected was how quickly these two hit it off, forming a connection that has blossomed into a special friendship.  In fact, as listeners can hear in the interview, Coach Self was so inspired by Nick’s unwavering positive spirit and so impressed by his efforts to spread this message of hope, that he pledged to buy the first 100 copies of Nicholas’ new book “What I Wish I Knew Before Cancer,” which will be available on Amazon.com next month.  Coach Self surprised Nick with that promise on one special condition that can be heard in the interview.

Hear Nick and Coach Self’s entire conversation on the power of positivity in this edition of “The Nick the Brave Podcast.”