The Spark Plugs of KU Baseball

There isn’t an engine known to man capable of running without spark plugs, and the same goes for every great baseball team. They need that energy that keeps the blood flowing and heart pumping — you know, that energy that makes the whole engine go when it’s time to lock in and compete.

Shortstop Maui Ahuna and second baseman Tavian Josenberger are those spark plugs for the Kansas Jayhawks.

Ahuna, a highly-touted MLB prospect, came up through a Hawaiian pipeline that has included a plethora of talented baseball players connected to Kansas, while Josenberger is a local Kansas City kid with big dreams of one day making it to “The Show.” 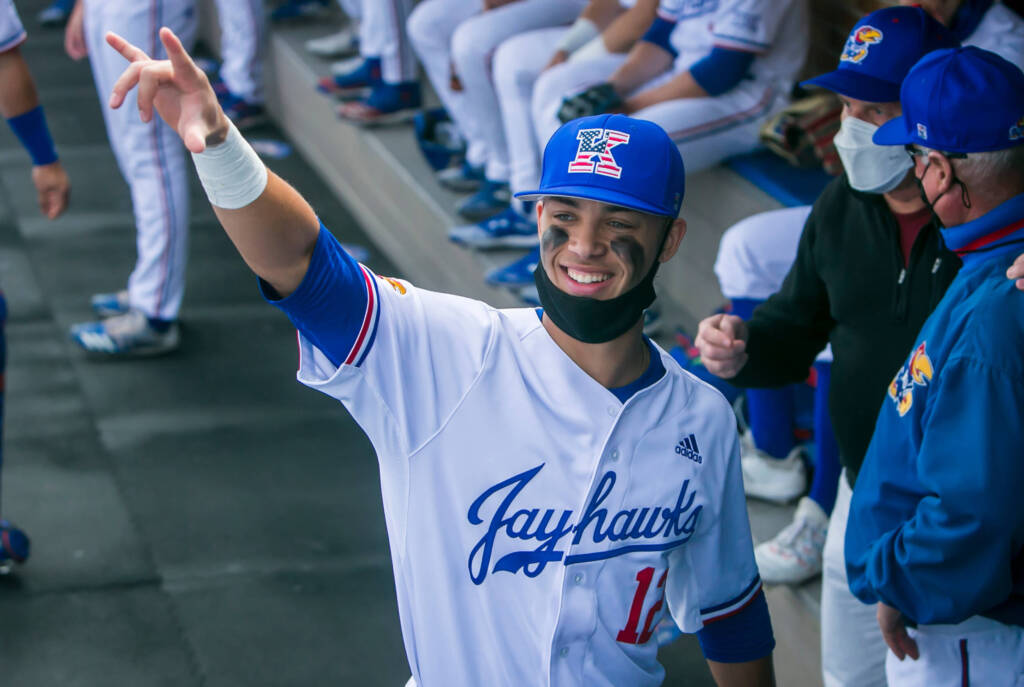 Both players are hoping to be instrumental in helping the Jayhawks achieve Big 12 glory in the 2022 season.

“I feel like it all comes pretty naturally. We have a lot of leaders on the team, but me and Maui, in particular, like to play with energy. We like to play loose. We like to have fun on the field. I feel like that’s a good thing that we bring to the team.”

Don’t get lost in all of the loose and fun talk, though, because the Jayhawks are taking this upcoming season very seriously.

Ahuna still admits to feeling haunted by the way last season ended with the team losing 8-7 in a heartbreaker to West Virginia in the first round of the Big 12 Tournament.

“The thing that hurt the most was seeing the upperclassmen, knowing that was their last game and we could have won. Man, I never want to be part of anything like that again. Honestly, I just hate losing. I just want to go out there and lead this team to victory and hopefully win a Big 12 Championship.” 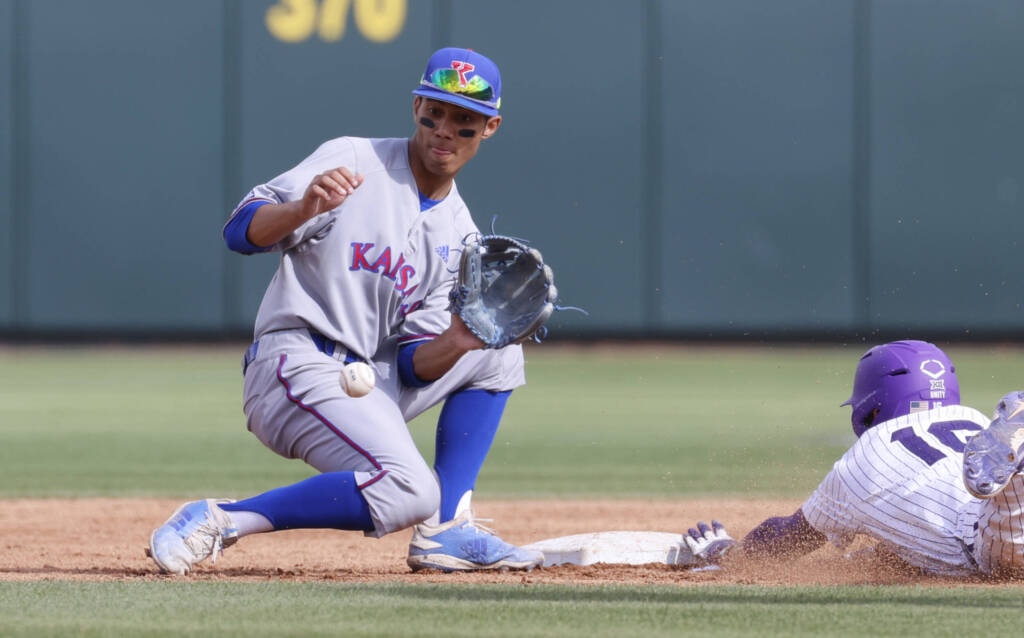 If you’re wondering where that fire comes from, you can chalk it up to Ahuna just being grateful. People love to talk about all of the accolades—the No. 32 shortstop in the nation ranking by D1Baseball, the .314 batting average his freshman season, and MLB Draft potential.

But no one saw all of the struggles away from the bright lights—all of the challenges endured by not only Ahuna, but also his family, when turning this dream of his into reality.

“For me, being from Hawaii, it’s hard to get that early MLB exposure,” said Ahuna. “It costs a lot of money to go to college. My parents had to work hard to send me out here. My mentality has always been to make their sacrifices worth it. And in 2020, I had a shot at making it to MLB, but the pandemic hit, and the shortened draft screwed up my plans.”

Josenberger was the typical wide-eyed kid watching legendary sports figures compete on television. He actually grew up a Jayhawks fan, but he never thought his love for the program would end up being his path to potentially fulfilling his lifelong goal of playing in the big leagues.

“I just felt comfortable here from the start. The coaches are super cool, and I felt like I had a chance to play early, which is the biggest thing you could ask for really. It’s close to home, and my family has been able to come and watch me. It was also a step towards accomplishing a dream, too. For as long as I can remember, I’ve been watching MLB and just visualizing myself in that situation. It’s always been a dream of mine, and I’ve been obsessed with it since I was young. KU is giving me a great opportunity to make that dream happen.”

That obsession has led Josenberger to a stellar start to his collegiate career as a Jayhawk with a slew of accomplishments, including finishing last season with a .316 batting average, tying a program record with a 24-game hitting streak, posting a 29-game on-base streak, and being ranked as the No. 20 second baseman in the country by D1Baseball.

Josenberger admitted his fire comes from failure, particularly when he came up short of breaking the hitting streak record last season.

That moment motivated him to go back to the drawing board and come back stronger than ever before.

“I just remember stepping to the plate against Missouri State for my last at-bat. I was 0-for-4 at that point, and it was my last chance to break the school record,” Josenberger said. “My teammates were cheering for me, and my whole family was in the stands watching. I felt like the whole stadium just wanted me to get a hit. That moment made me realize how much support I have. It kind of lit a fire in me, even though I didn’t break the record.

“I just remember walking away and thinking I don’t want to let anybody down ever again. I felt like I let myself down. I felt like I let my teammates down, even though they were so happy for me and congratulated me. But that fire still burns to the point where I’m never going to let that happen again.”

All of the talk of hopes and dreams lead to this season.

This will be an opportunity for the Kansas baseball program to continue to make strides towards winning their second Big 12 Conference Championship in program history.

Both Ahuna and Josenberger were still tykes swinging kid bats at the time. Now, they’re young adults stepping into leadership roles of a high-end Power Five baseball program. They’re in a position to change some opinions about the team this year.

“Our goal is to make it further in the Big 12 Tournament and hopefully win it,” said Ahuna. “We need to step up as leaders on this team. We got a lot of young guys with plenty of talent. We’ll be needing those guys to step up as well.”

Josenberger echoed those comments, while also sharing some major expectations for this coming season.