📸 Through The Lens | Downtown Shot

In our pre-COVID-19 world, the four days of the Kansas Relays would kick off today at Rock Chalk Park. Instead of covering the event, I will share photographs and thoughts from the Relays in my next three posts.

I grew from a young teenager to an aged sage watching and covering the Kansas Relays. My first was the 1965 event. The attraction was the phenomenal teenager, Jim Ryun. Later that year, Ryun finished eighth in a mile race in California, but the Wichita native became the first high schooler to run a sub-four-minute mile in 3:59.0.

As a Jayhawk, Ryun went on to set numerous records, including a Glenn Cunningham mile time of 3:54.70 at the 1967 Relays, in front of a massive stadium crowd that cheered wildly. Those Relays cemented my love of track & field that continues to this day. When the 1970 Kansas Relays began, I was there for the first time as a 19-year-old photographer working for the Topeka Capital-Journal. I have missed only a few Relays since.

In 2011, a new downtown shot put event was added thanks to cooperation between the Relays and the city of Lawrence. City workers constructed a certified legal surface on a Wednesday morning between Massachusetts and New Hampshire streets on Eighth. Eventually, snowy Lawrence streets would be treated with the sand from the event. 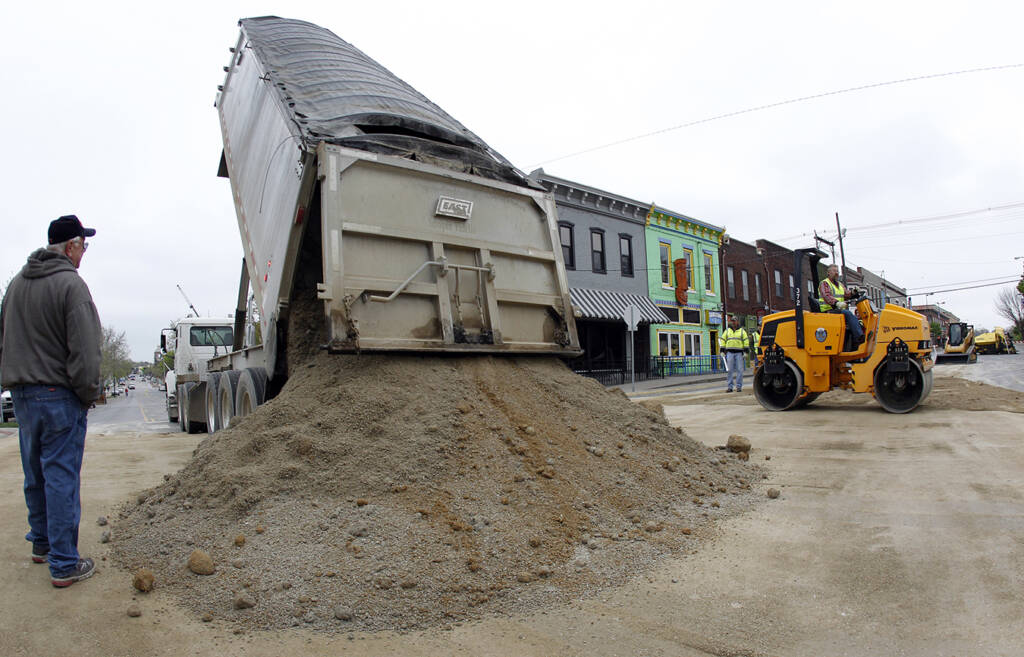 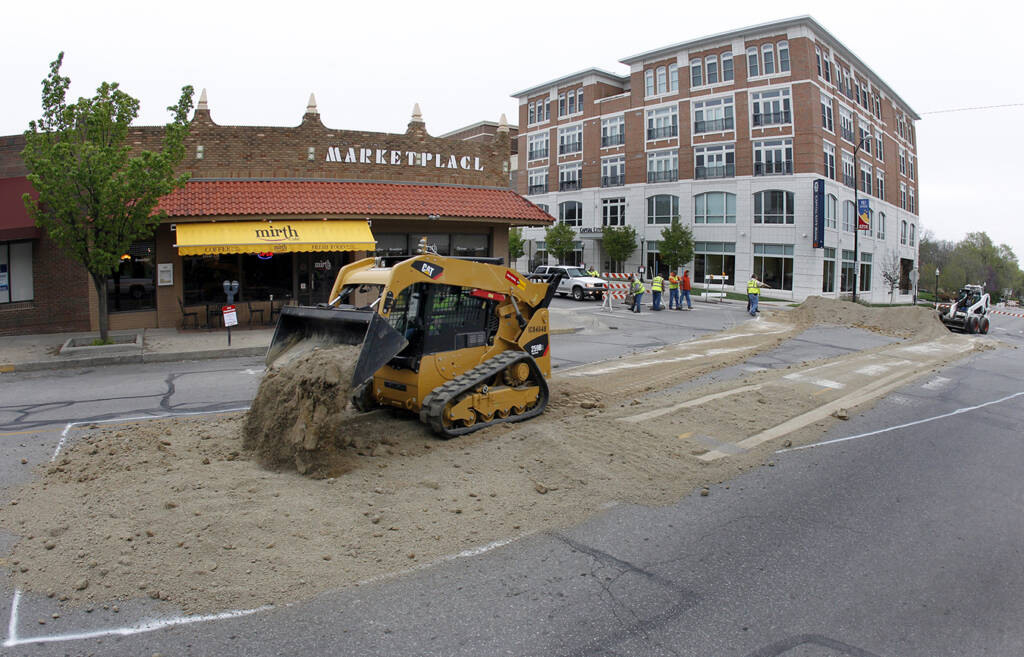 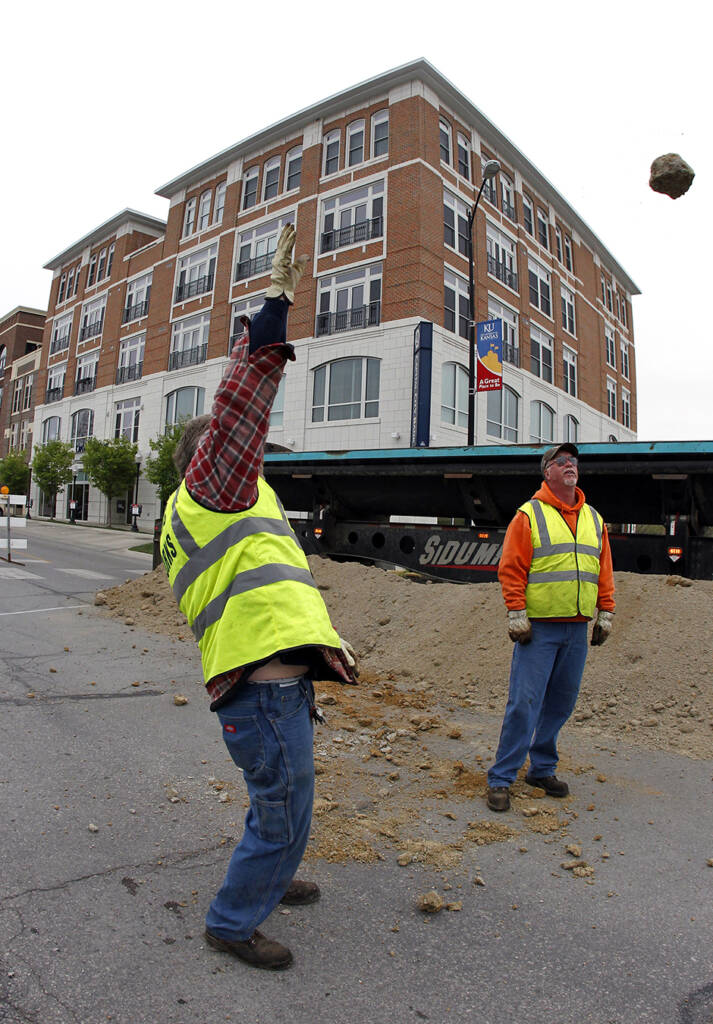 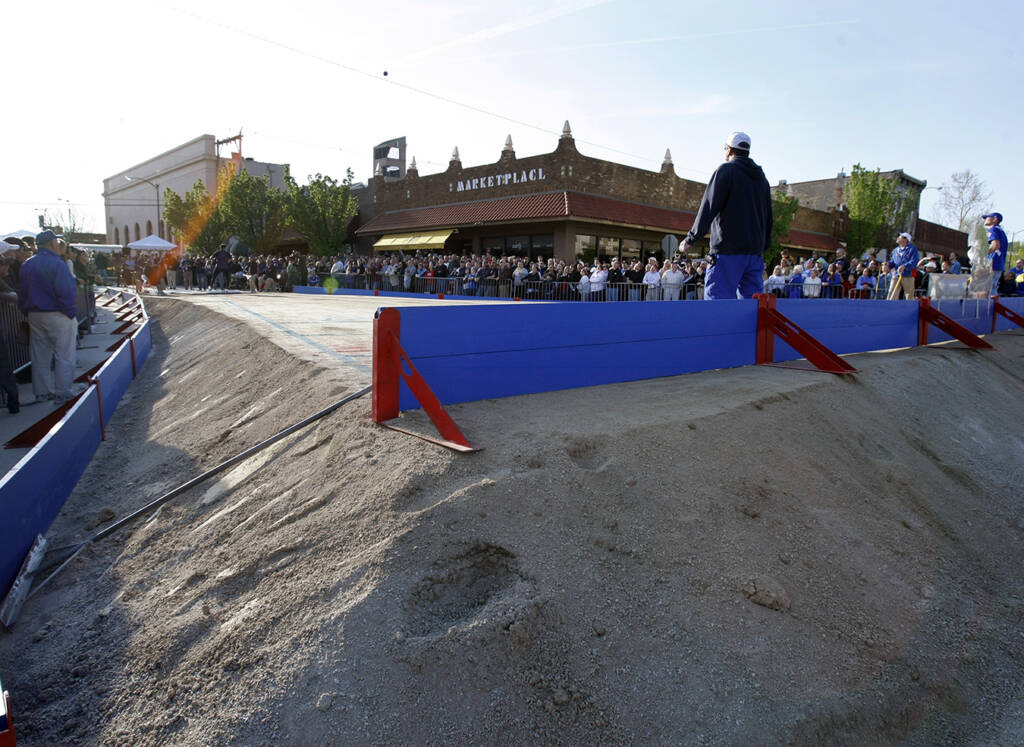 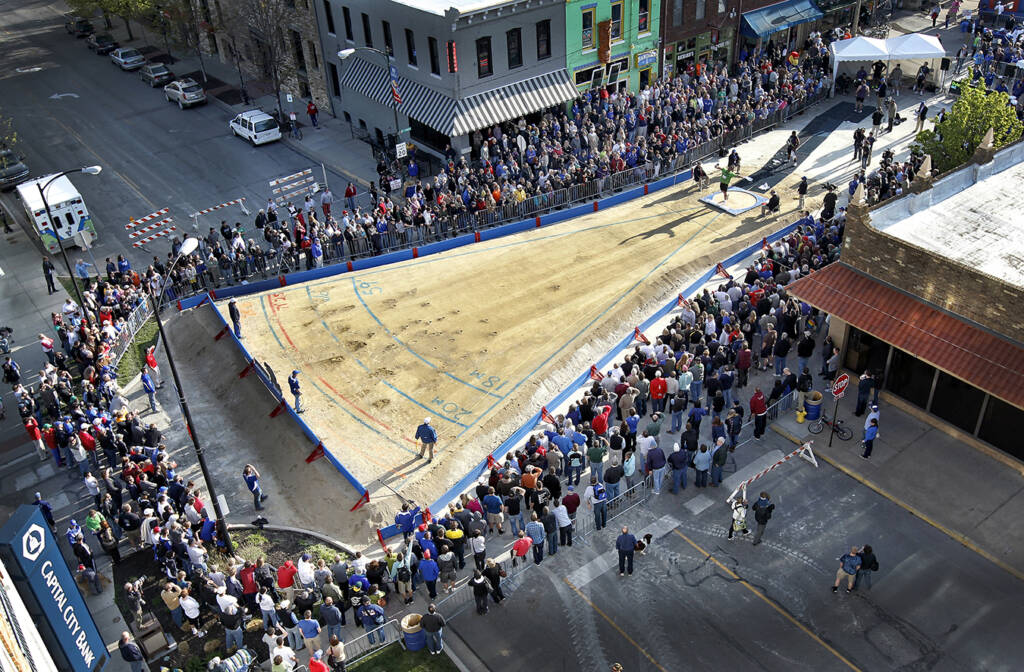 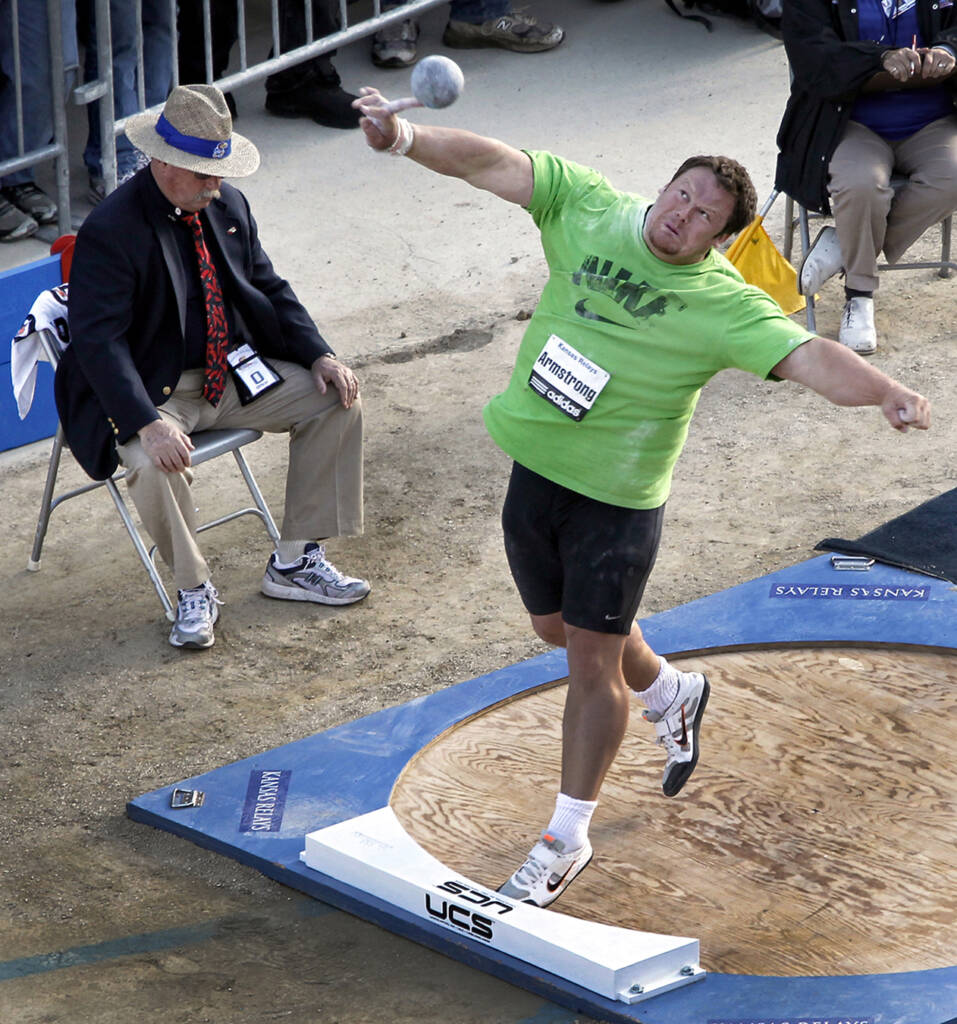 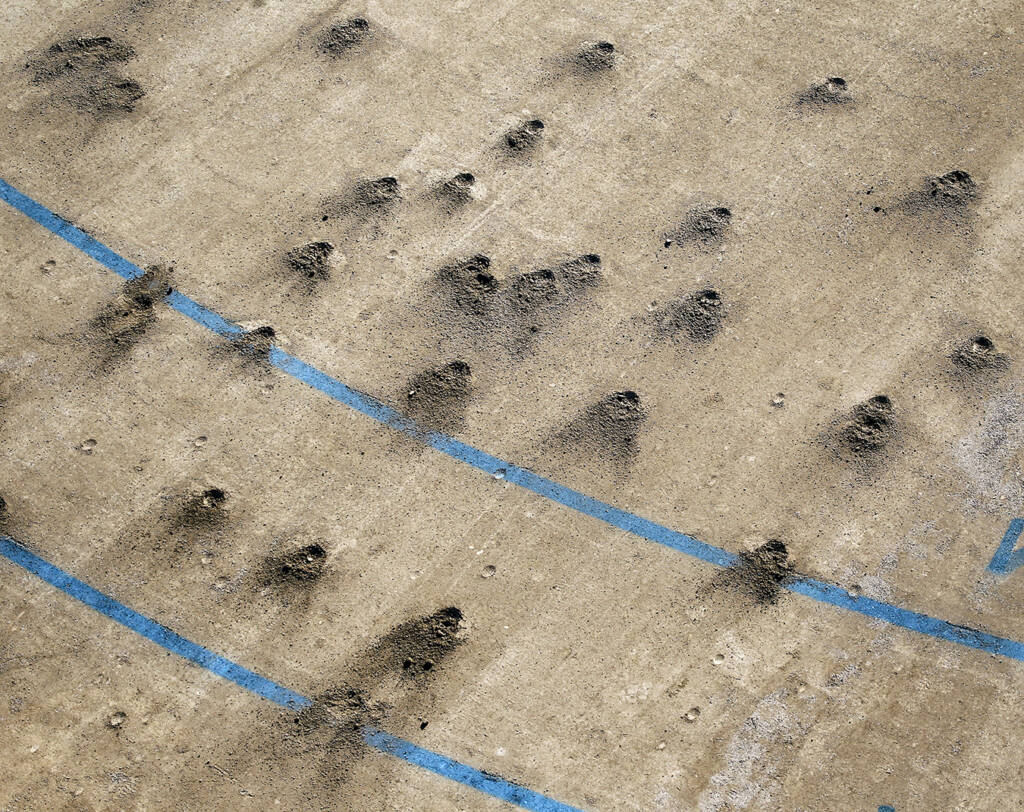 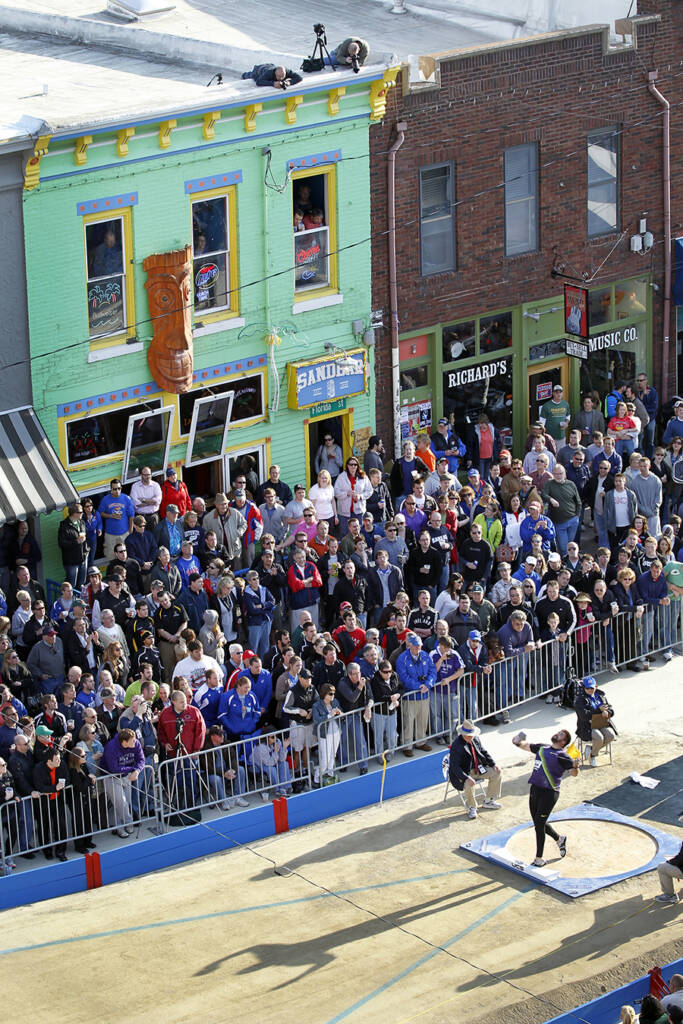 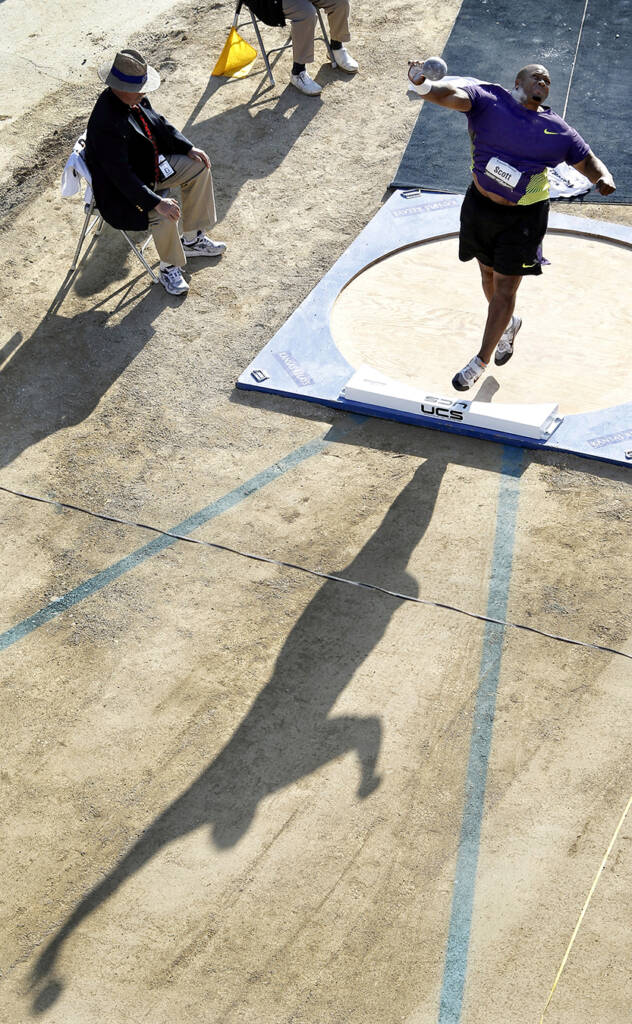 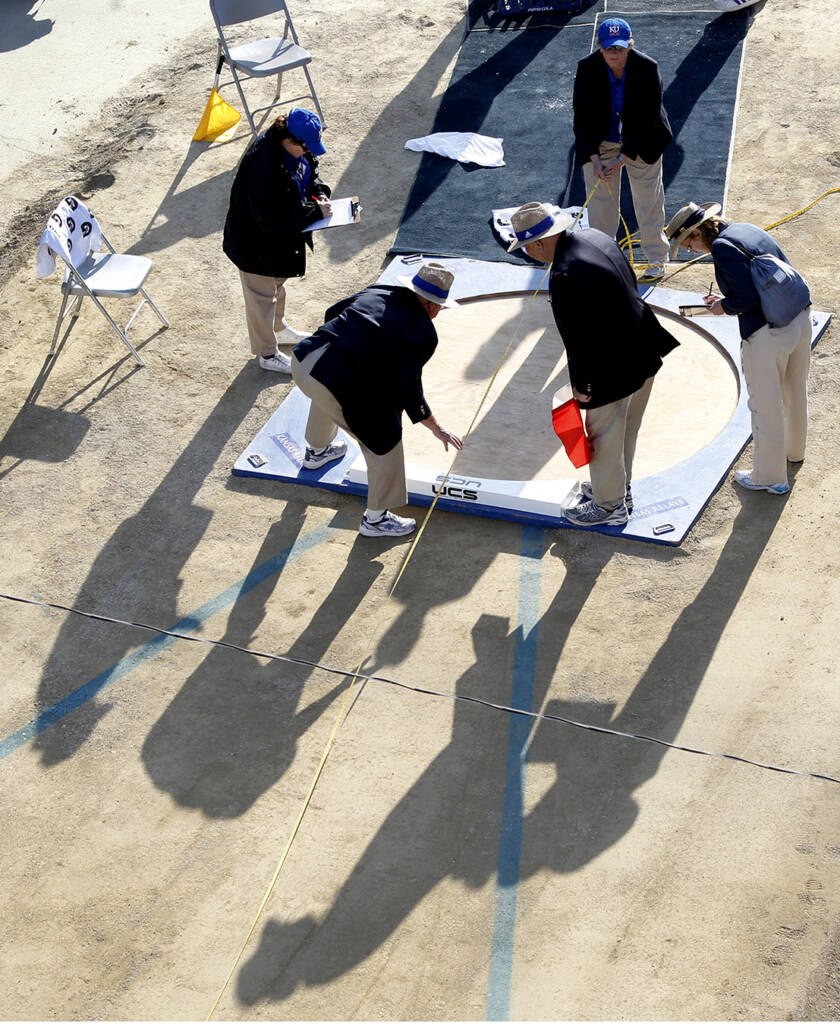 An elite group of powerful men who competed in the Olympics and won national titles helped bring new attention to the sport’s most power-packed event. The early-evening affair drew a large and appreciative crowd. The throwers thoroughly enjoyed the boisterous fans spurred on by rock music pumped through loudspeakers and drinks from the well-known watering hole, The Sandbar, set right next to the temporary venue.

I photographed the event from a new high-rise building on the northeast corner of New Hampshire and Eighth Streets, with permission from the owner. The view was fantastic, and I delighted over every throw, as did the cheering fans.

“I’m glad that the fans got into it, and I hope they had a good time,” said Reese Hoffa, who finished second in the event. “I think being downtown really allowed us to interact with our fans. They can see us up-close instead of being so far away in the stadium.”

Event champion Dylan Armstrong went on to say, “Shot-putters are big guys, but we are the friendliest guys too.”

That was proven by the big men as they walked directly from the temporary beach on the street and into the Sandbar, where they enjoyed themselves with their new fans well into the night.