📸 Through The Lens | Skip

My 23-year career for Kansas Athletics would be incomplete without taking time to express my thanks to my best friend at KU, baseball head coach Ritch Price. Maybe it is because we share an April 10 birthdate. Price and I immediately became friends upon his arrival in Lawrence in July 2002.

We have discussed everything from baseball to race relations, from Christian faith to politics. We seemingly have solved many of the KU’s, baseball’s and even the world’s problems if only more people would listen. We have laughed together harder than I can remember laughing with anyone other than my wife, Laura.

As Laura always notes, Price and I have a tendency to invade people’s space during conversations. The bill of his baseball hat has bumped my forehead often. We might look like a manager and an umpire in a heated argument when ours are only the friendliest conversations possible laced with an ingrained intensity that is hard for many to understand.

During our current pandemic, together we would be the infectious disease expert Dr. Anthony Fauci’s worst nightmare for disregarding proper social distancing. Sadly, for us, but thankfully for those around us, we haven’t had a face-to-face conversation since the shutdown of the KU baseball season in March.

The only time I remember Price being upset with me was when I arrived late for the coaching staff’s headshots one year. I believe his frustration over my tardiness was due to the coat and tie he had to wear instead of his usual Tommy Bahama shirt and shorts.

While working with the Kansas City Royals in the ’70s and early ’80s, the team’s manager, Whitey Herzog, once stopped dead in his tracks to reprimand a television reporter for addressing him as “coach.” Herzog explained he could be called “manager, skipper” and even a few foul words, but never “coach.” That stuck with me. I cannot remember the last time I called Price by his first name and never as “coach.” He will always be called Skip or “2,” the number he proudly wears on this baseball jersey.

Even though Skip no longer wears a uniform shirt as is today’s custom, whenever I hear someone say “2,” I think of Skip first. Never the New York Yankees Derek Jeter, and I am a life-long Yankees fan. Skip will always be “2” to me. I won’t try to steal Jeter’s “R2spect,” but I will say that I have the utmost respect for KU’s “2.” I have never met a man that has a better understanding of his role in a student-athlete’s life and relishes that challenge more than Ritch Price.

Skip wants to win as much as any coach. He long ago realized his most significant role as a coach was to help shape a player’s life both on the field and away from the diamond. In both areas, he wants players to achieve their greatest success. For the vast majority, once their playing careers at KU are over, they have to be prepared to live life. That applies not only to players but to managers, student trainers, grounds crew and everyone that has come into contact with the baseball program. 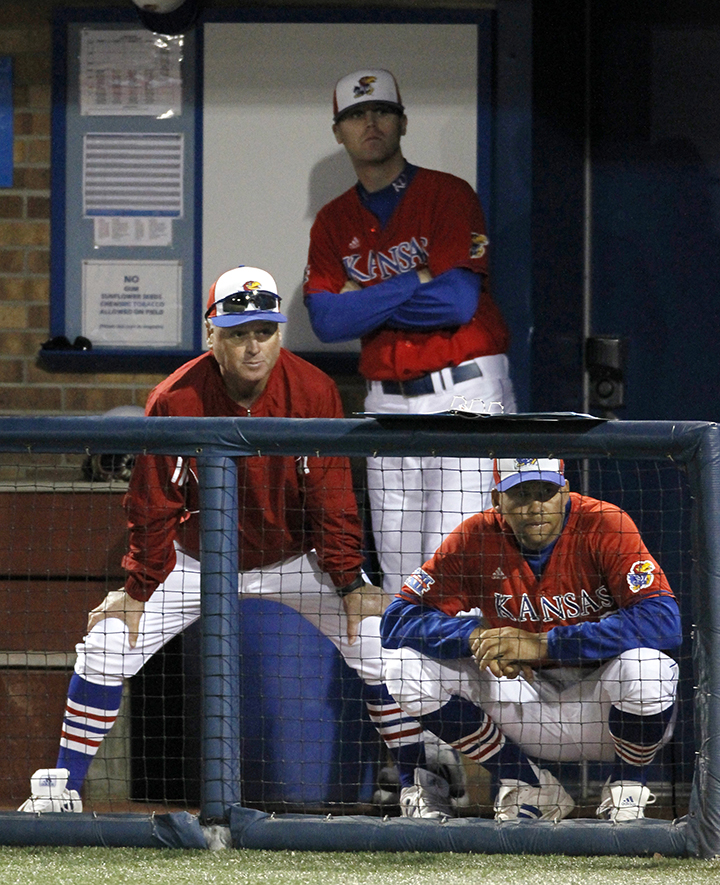 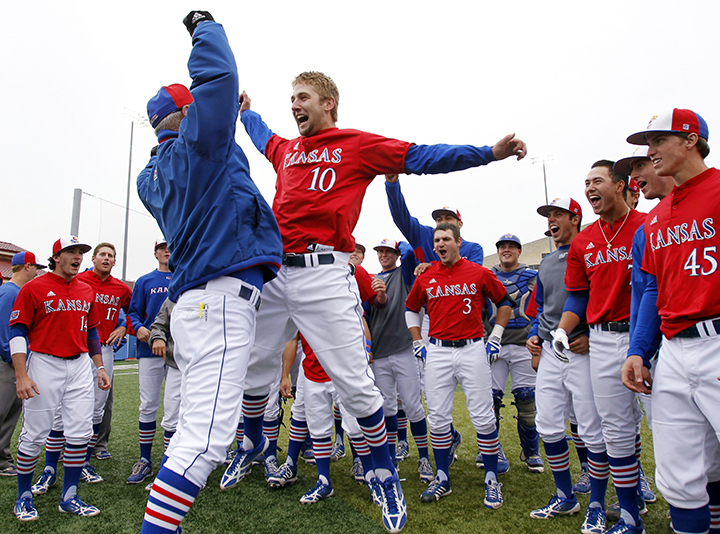 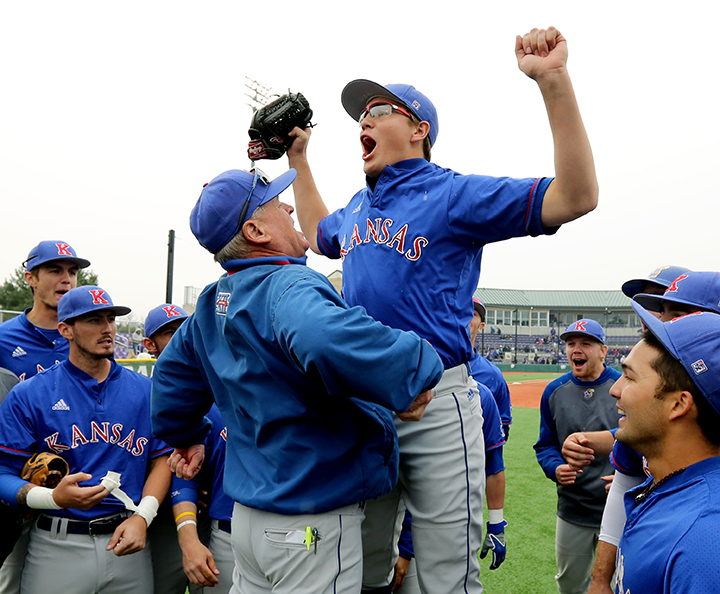 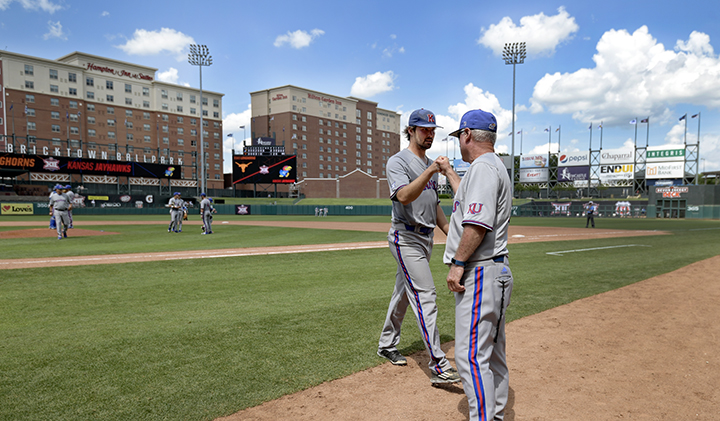 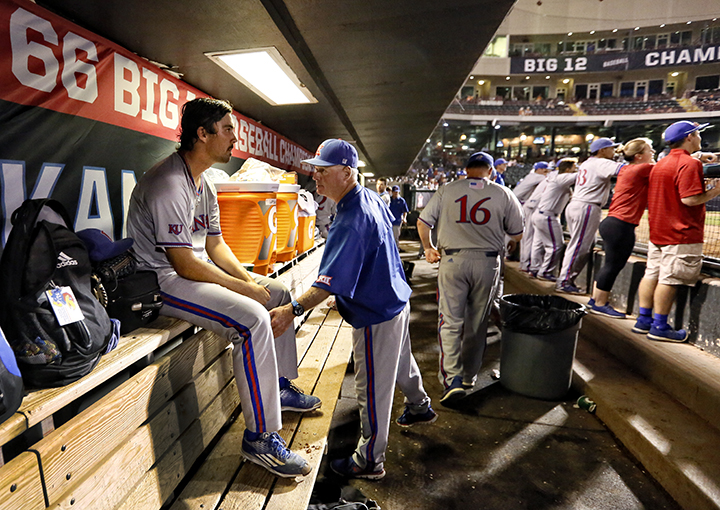 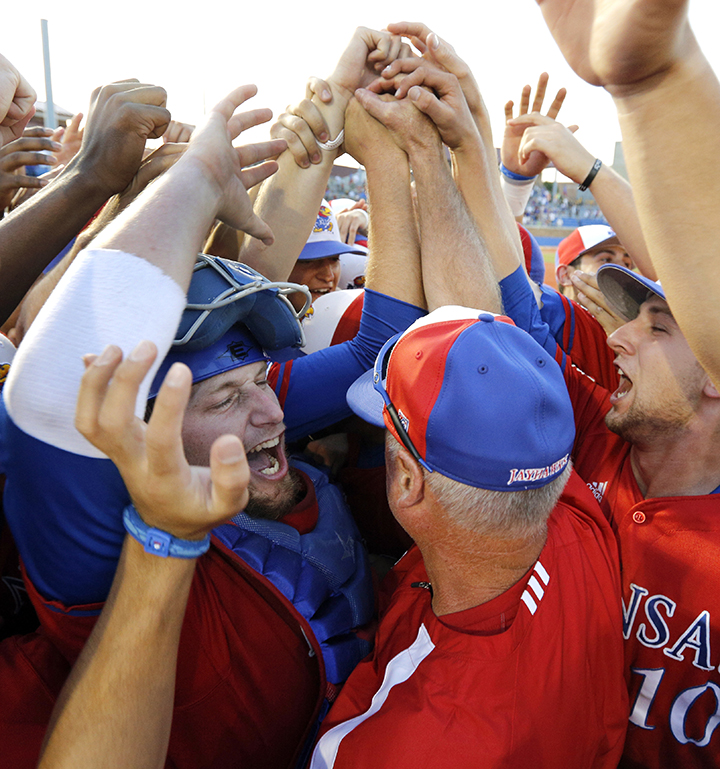 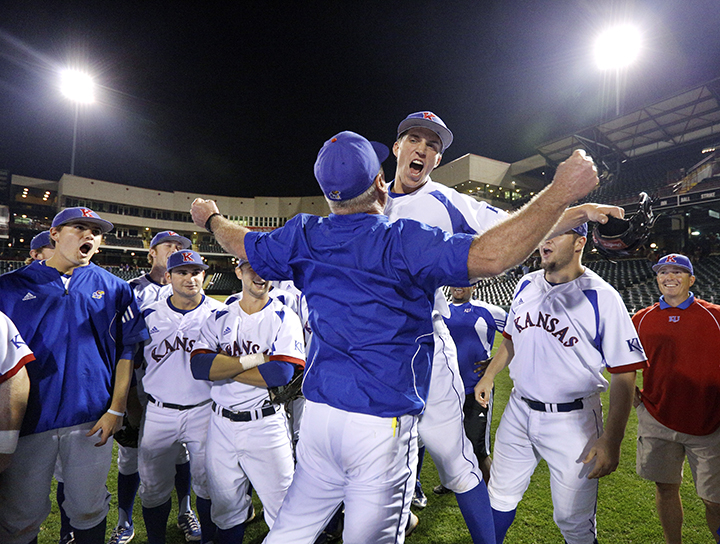 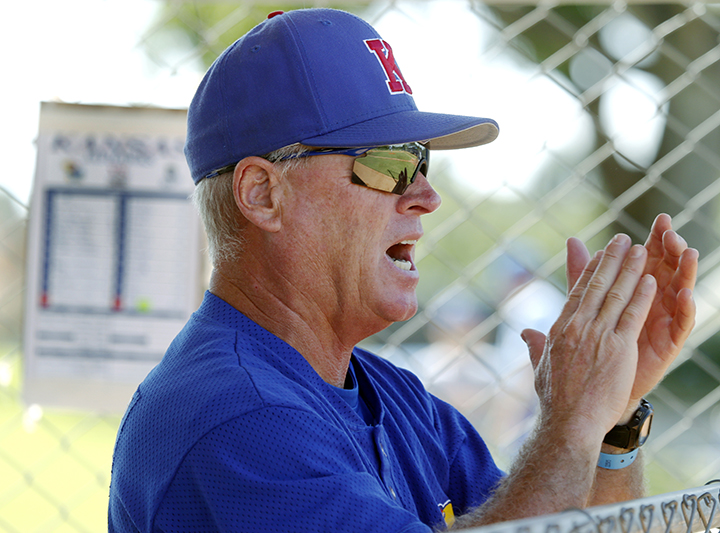 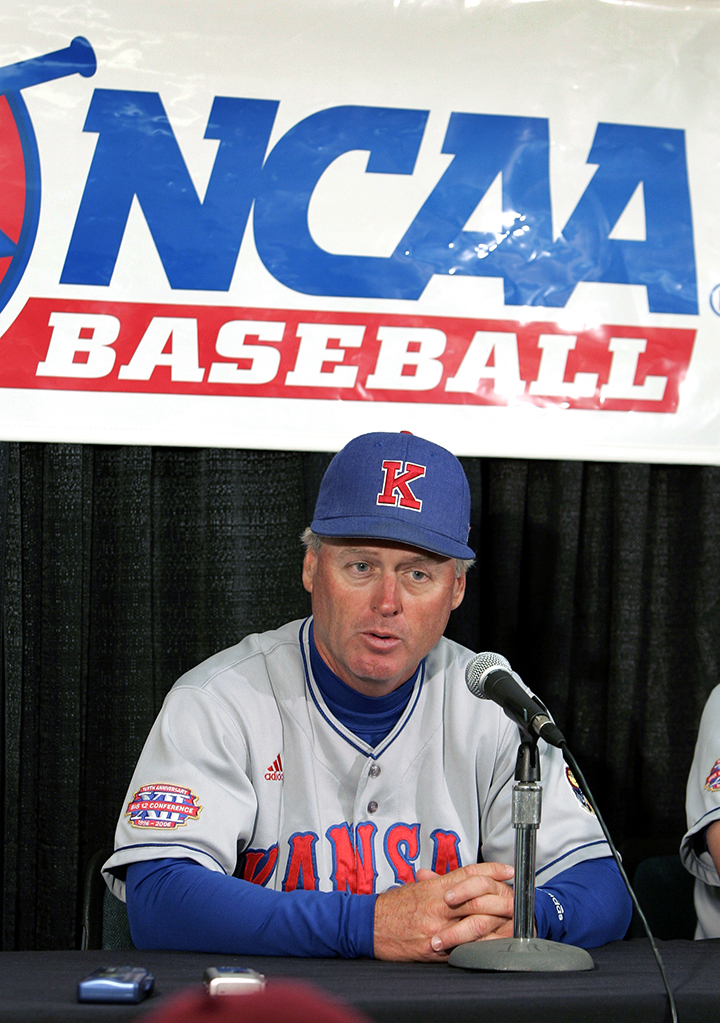 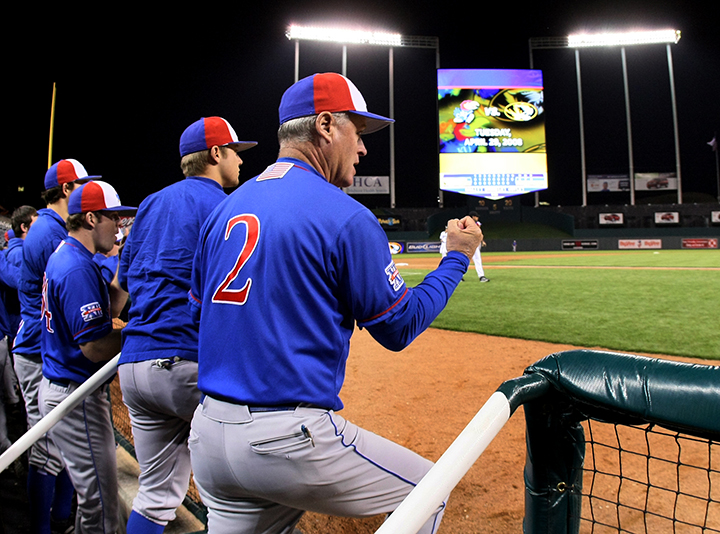 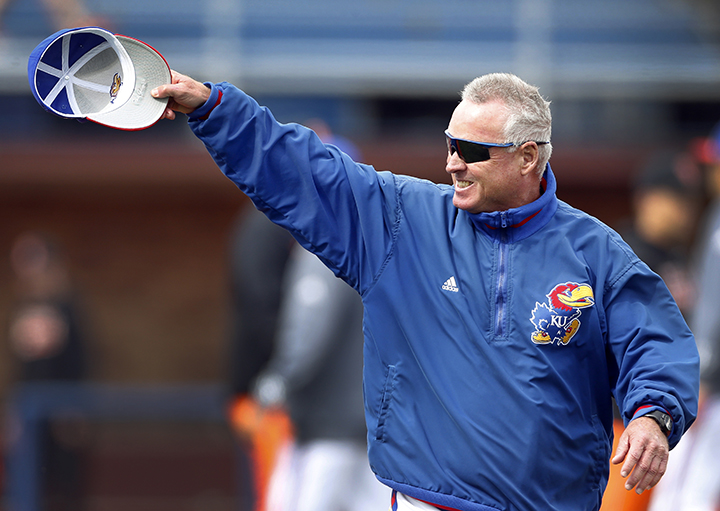 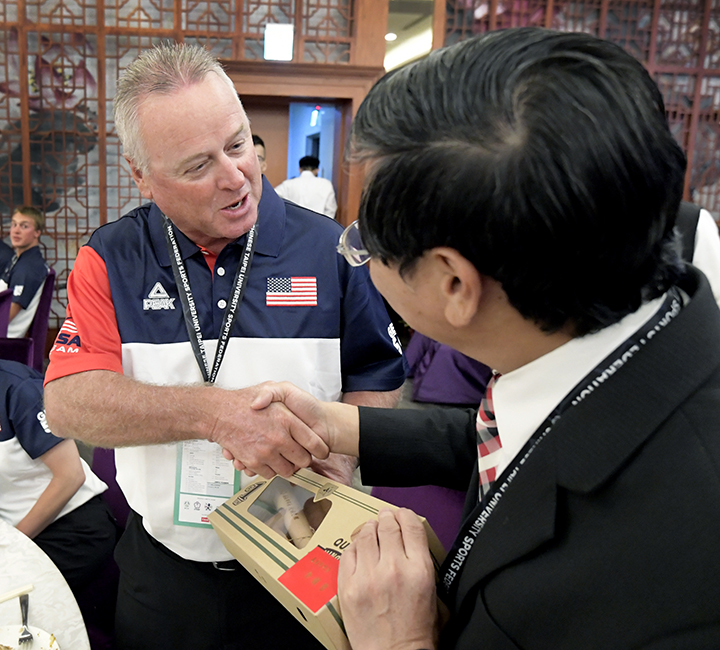 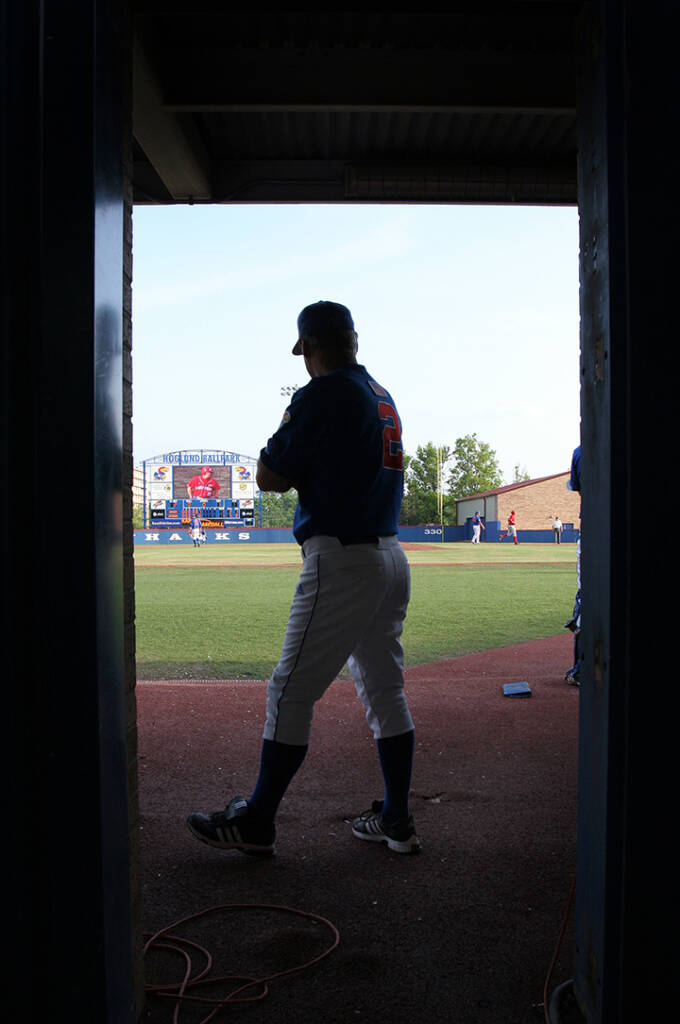 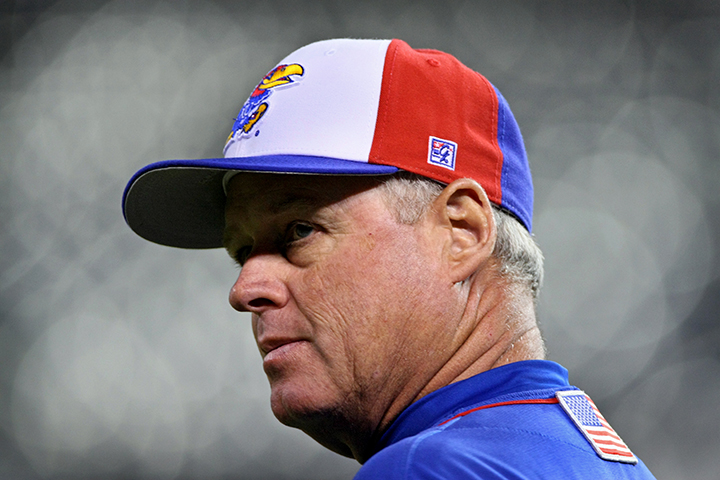 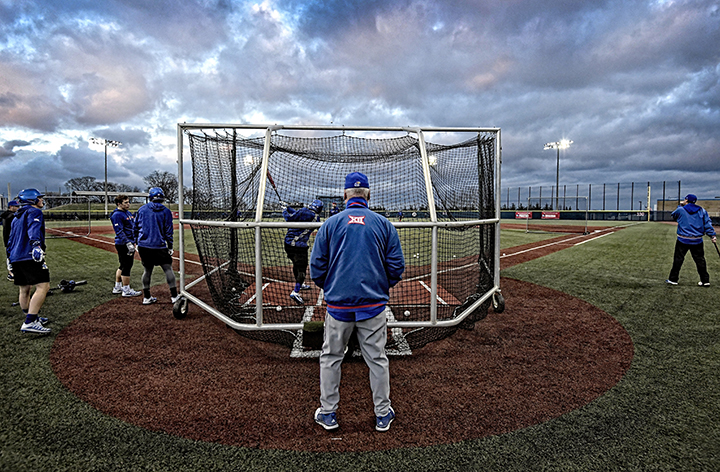 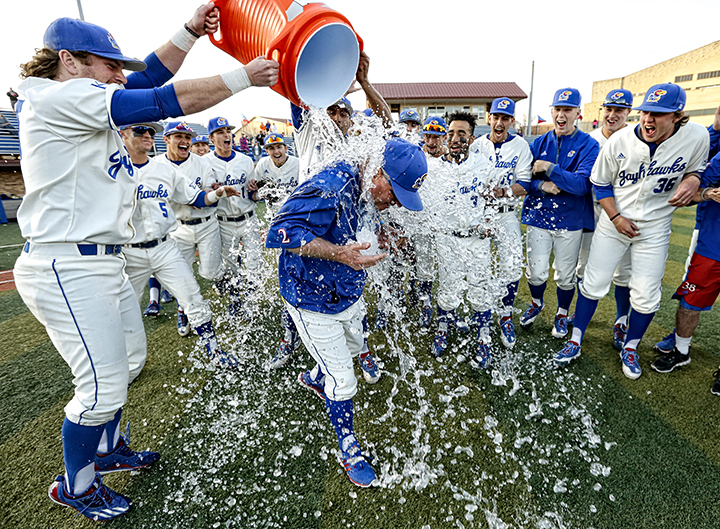 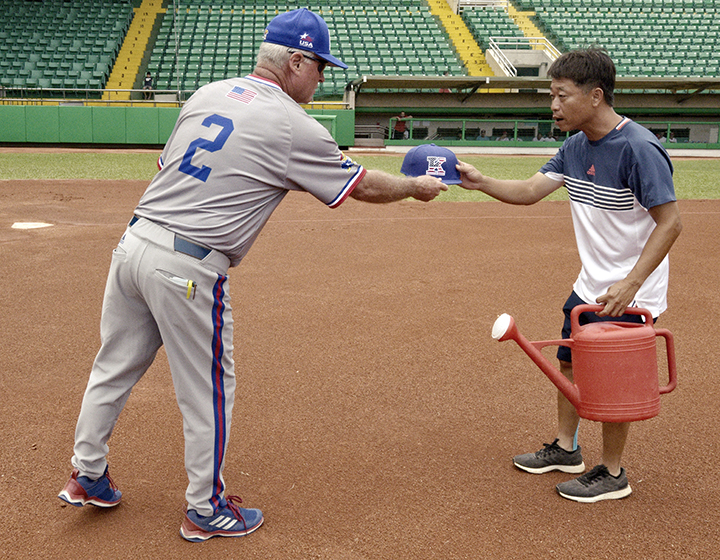 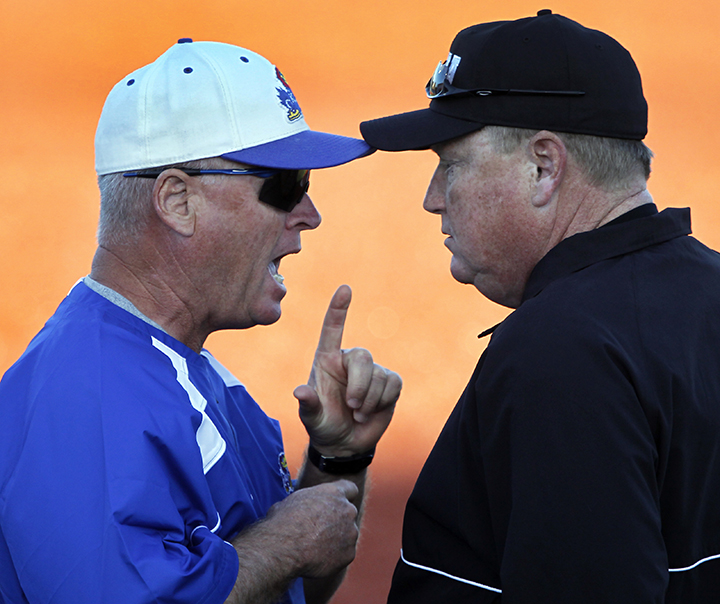 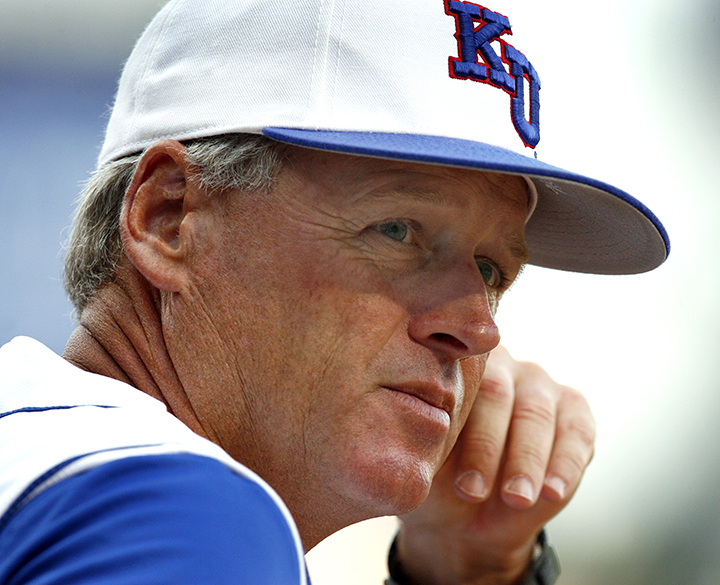 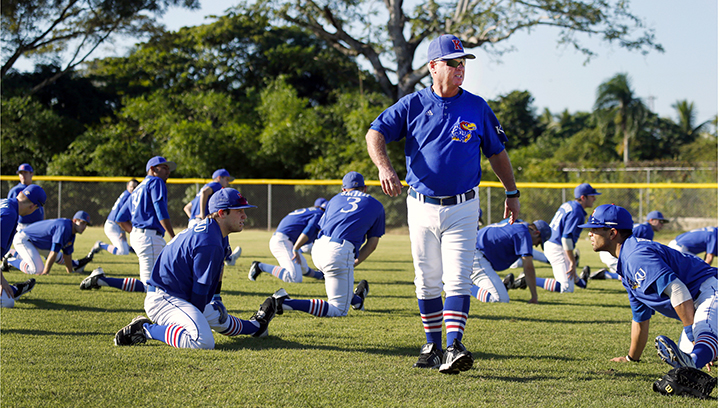 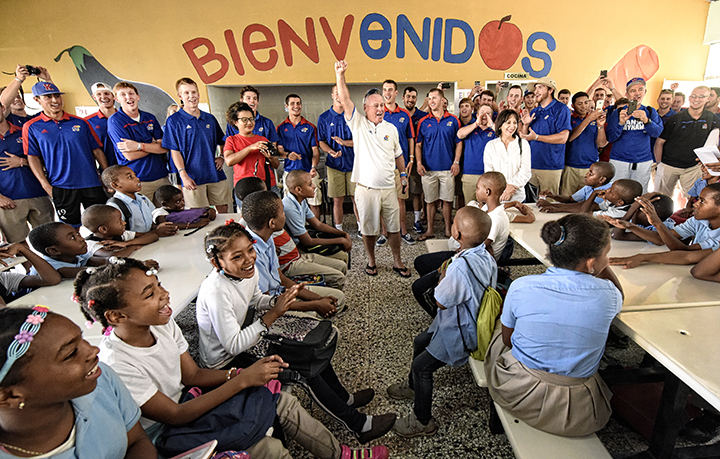 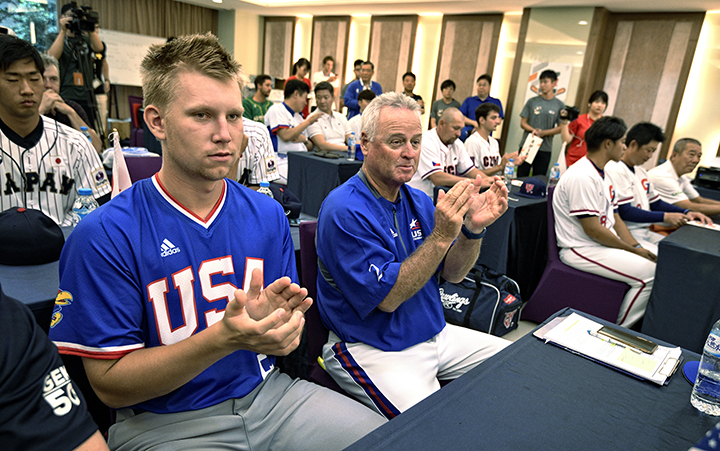 Skip genuinely cares, and that is something few people can achieve. He wants everyone to be happy and successful while overcoming the challenges we all must face. Skip’s success helped lead him to the KU baseball career victory mark he surpassed on March 4, 2017, with 439 wins. That goes along with a Big 12 Baseball Tournament title in May 2006, as the No. 6 seed and three trips to the NCAA regionals.

Skip’s enthusiasm for life is infectious. When he tells you something you’ve said or done, “pumps me up,” he means it. That, in turn, gets me “pumped up.” His mind is always working and looking ahead. He is still trying to figure out how to improve his team, the stadium and find ways to educate his players beyond the playing field.

His efforts to enhance Hoglund Ballpark are genuinely marvelous. I remember what KU’s ballpark looked like when I started working at KU in 1997, what it looked like after its renovation when Skip arrived and what it looks like today. Knowing Skip raised the money for all the improvements since his arrival is stunning.

The crowning moments of Skip’s career will never be marked by wins or losses. The best way to sum that up is a look at the team’s charitable trip to the Dominican Republic in 2012. Yes, it was great for the team to play against the tremendous young Dominican talent at the beautiful complexes built by the Kansas City Royals and Cleveland Indians.

However, to see what an impact a young KU baseball player could have on the lives of young children living in stark poverty was marvelous. To see players literally having to be dragged onto a bus after hours playing with children at an orphanage was as heartwarming as anything I have ever witnessed. In the sugar cane villages, the Dominican people live in homes with dirt floors, no running water or electricity. To be open, smiling, and welcoming to the KU’s charitable efforts touched the lives of every person.

Pitcher Frank Duncan, one of the players that never wanted to leave the orphanage, went on to rise to the Triple-A baseball level. While playing in Indianapolis, Duncan’s charitable work drew accolades from the city. The seeds of that commitment likely came from his parents, but they blossomed by playing baseball for Ritch Price at KU.

There were times in the Dominican where I thought Skip might burst with pride. Not for everything to make the trip possible, but out of pride in seeing how blessed we were to be there. The same could be said in 2016, even though the Dominican weather did not cooperate as it did in 2012. In the summer of 2018, the KU baseball team was selected to represent the United States in the World University Baseball Championship in Chiayi City, Taiwan. It was a challenging but rewarding journey.

You’ll see photographs in the gallery showing Skip chest-bumping players for outstanding efforts. On March 4, KU played one of their few home games of what became a shortened season. They defeated Creighton that day. After the game, Skip called all players and staff to the clubhouse, including me.

I had no idea why until Skip began a speech about me being honored that night at the final home basketball game for my 23 years of service to Kansas Athletics. He shared many heartfelt feelings before telling the team he was going to give me the greatest chest bump ever. Surprisingly, we both soared up with perfect timing. The chest bump was an enormous success leaving the team roaring with delight.

There were no photographs or videos, making it even sweeter to me. I will always cherish that moment and the joy of everyone. I have been truly blessed by the Lord to work with KU baseball, the staff and everyone involved.

I am proud to be an unabashed fan and thankful friend of Ritch Price, Skip and “2.”