📸 Through The Lens | Traylor

This portrait of former KU basketball player Jamari Traylor remains a personal favorite for a variety of reasons. The biggest is that I truly loved working with Traylor. His journey to arrive at this portrait session in November 2014 made the Chicago native so intriguing to me.

The setting for this photograph had nothing to do with basketball. During the 2014 football season, Laura and I would upload and work photos at a table set up underneath the Touchdown Club at the south end of the football stadium on the KU campus. As I thought about Traylor and the upcoming portrait, I noticed how the metal braces supporting the rigging for the club above us made a dramatic crisscross design. Traylor life was one of many crisscrossing patterns as well.

Life in the “Windy City” seemed to blow Traylor all over the place. With a father in prison and his mother laid off work, Traylor, by his own admission, was not a perfect son growing up. Chris Theisen, the communications contact for the men’s basketball team confirmed,

“He got into trouble often for not following the rules his mother set. He went to high school just so he could eat.”

Theresa Golson kicked her son out of the house and changed the locks. Traylor seemed incapable of growing up in a city too often marred by the death of its young people.

Fortunately, Traylor met Loren Jackson, the Fenger High School boys’ basketball coach. Traylor returned to school with his new mentor guiding him to basketball, a sport Traylor had never played. Traylor followed Fenger to Chicago’s Julian High School and then to the IMG Academy in Bradenton, Florida. That is where KU men’s basketball coach, Bill Self, found the still raw 6-8 forward. 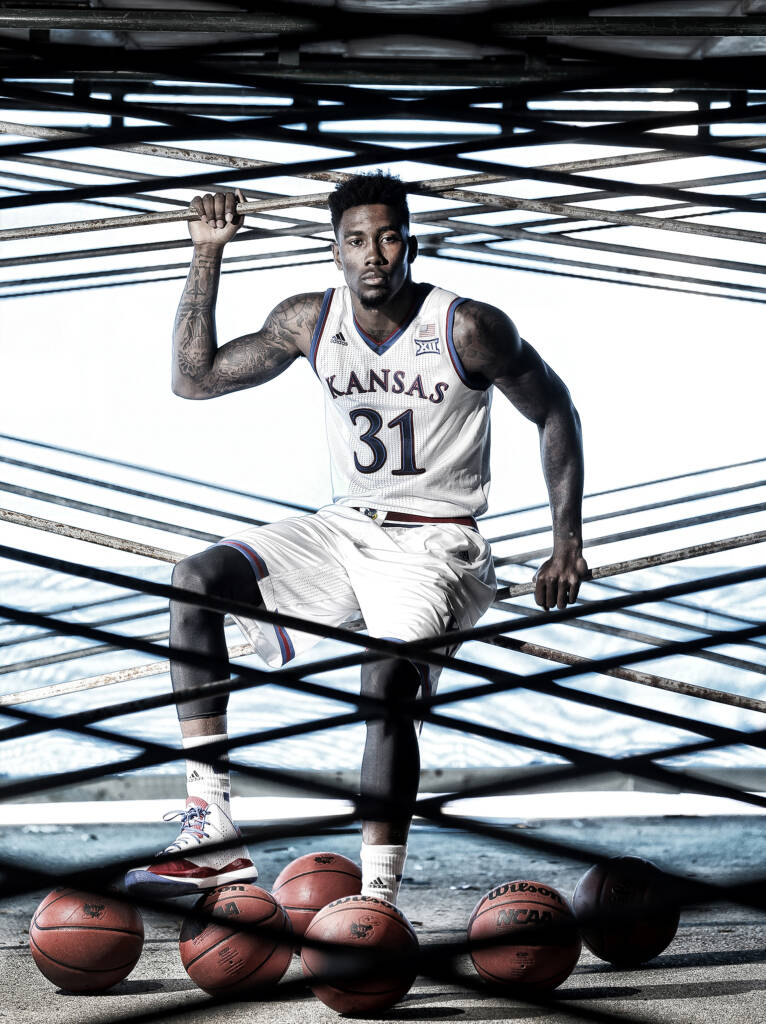 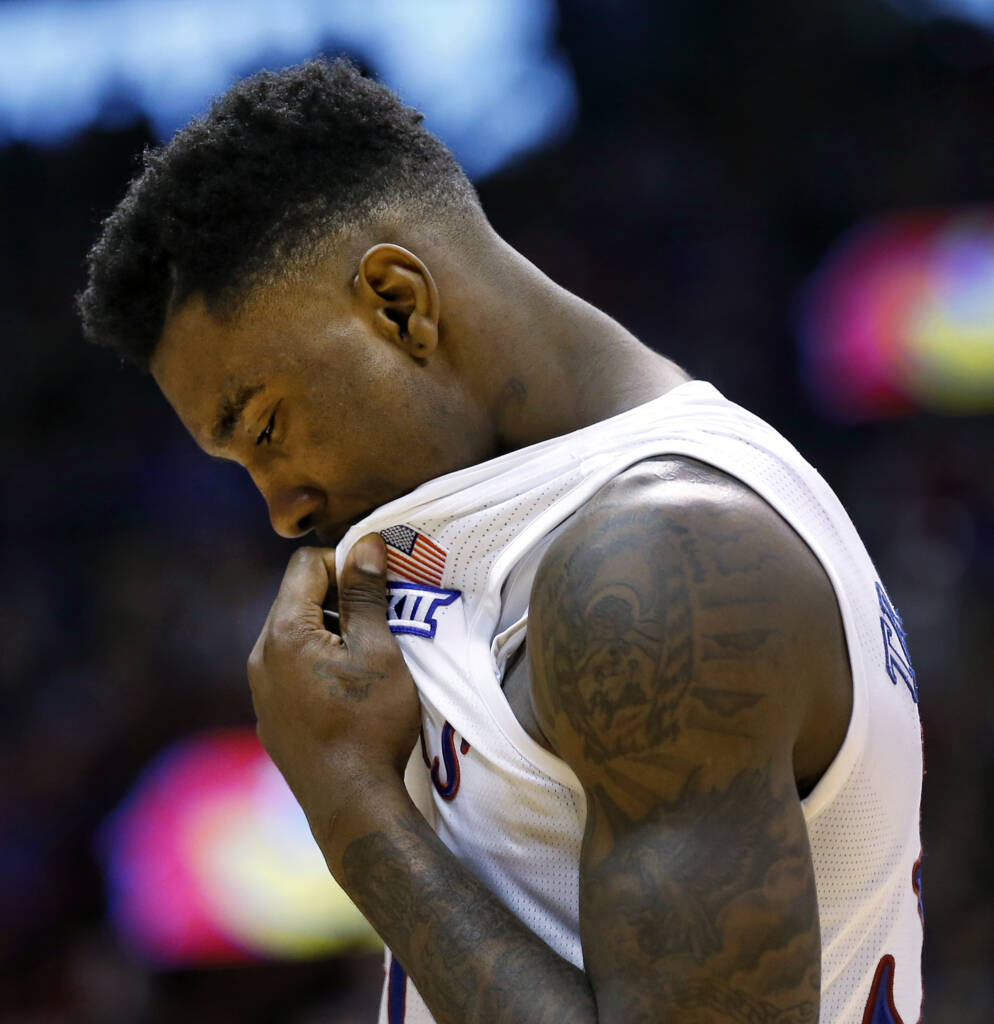 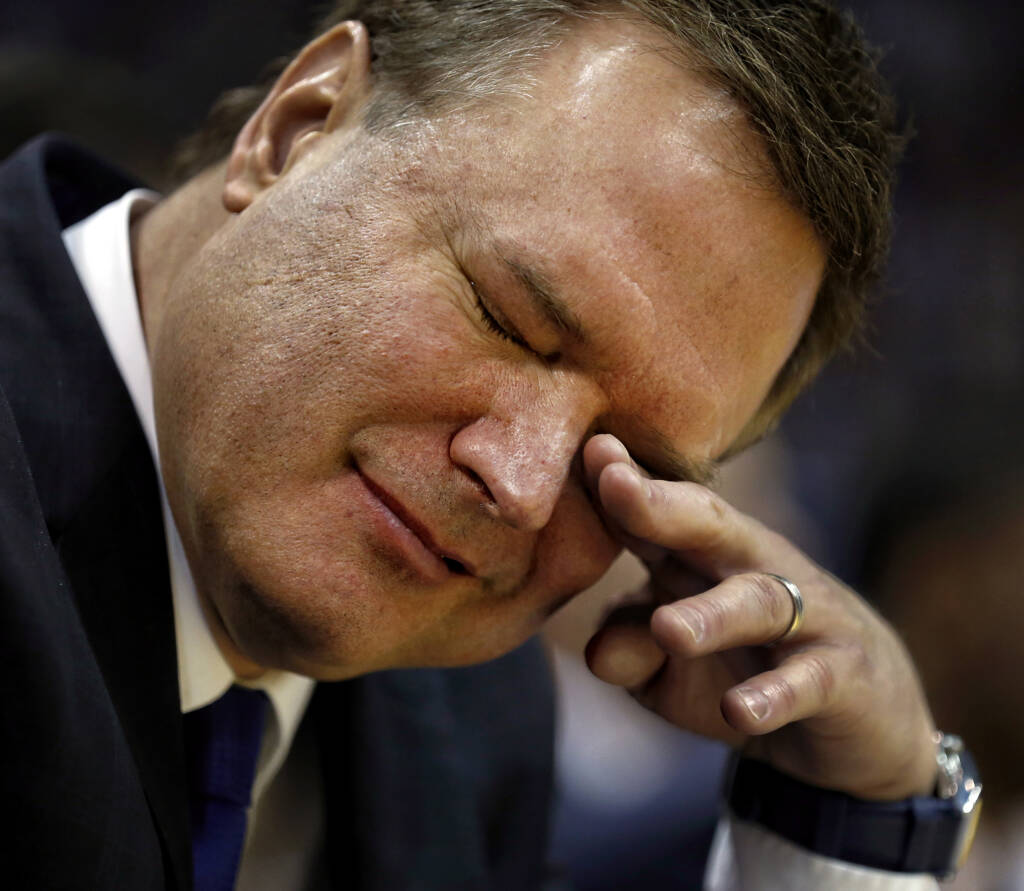 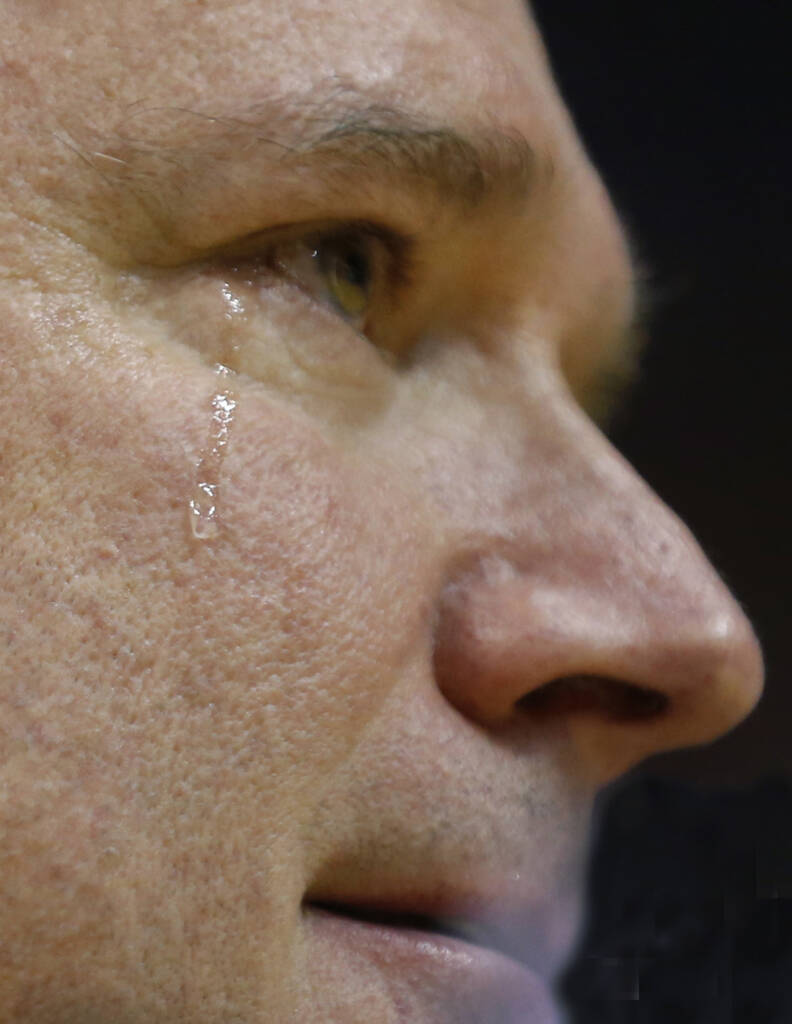 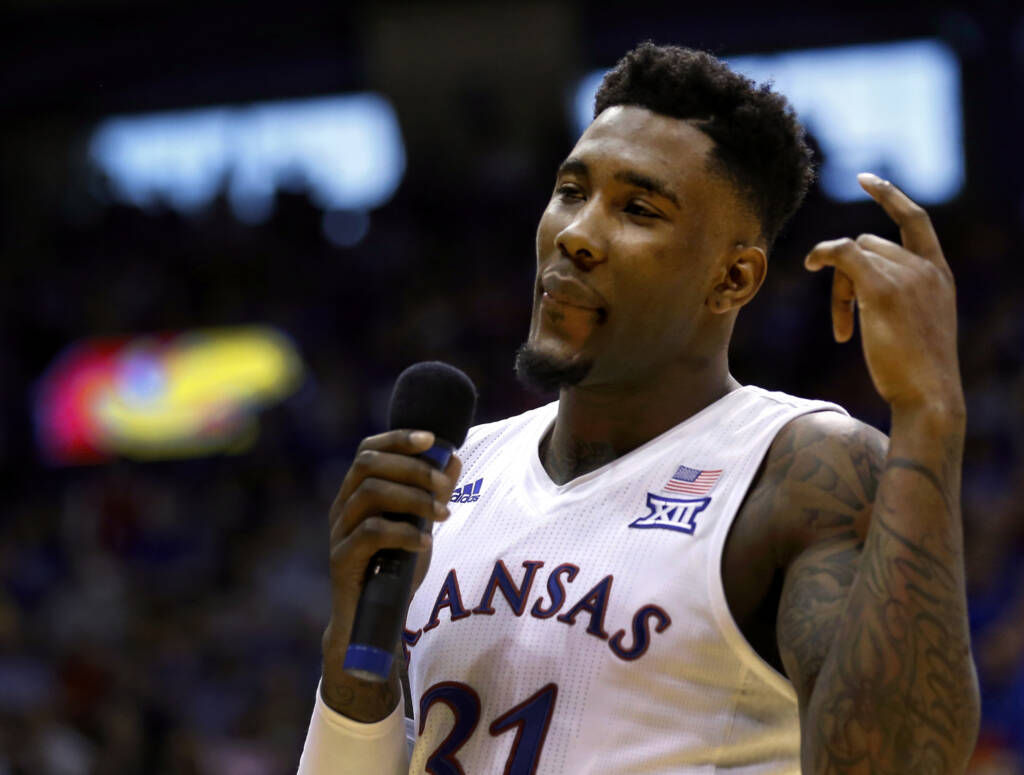 During his career from 2012-16, Traylor was a key reserve following a redshirt freshman season. His aggressive play and endearing smile won him many fans. Opening his senior speech inside Allen Fieldhouse, Traylor noted all those who helped him on his journey from the streets to his honored moment on the court.

Then he turned his attention to Self. Traylor openly spoke of his own shortcomings and the differences he and his coach overcame. Traylor focused primarily on the lessons he learned on the court and off from Self. Traylor’s watery eyes remained locked on Self. Everyone sensed that a standard senior speech grew quickly into something truly memorable. Traylor told a thankful story of growth and his appreciation of Self, who meant more to him as a man than as his coach.

In all the years of senior night speeches I have heard, none proved more powerful. As I turned my camera from Traylor to Self, something happened I had never seen before. Self wept.

The portrait of Traylor ran as the cover for Rock Chalk Weekly, an online magazine produced by the Communications staff and published weekly for four years, beginning with the 2014-15 school year. Besides the cover and story photographs for the main story, the magazine provided me with opportunities to turn my attention to life inside Kansas Athletics. Through a series of behind-the-scenes or unusual game and match photographs, the Bird’s Eye View section became highly regarded.

Traylor’s growth from a troubled high schooler to a beloved college player led him to a professional career that continues in Japan. I was 63 years old when Rock Chalk Weekly began, and I took this portrait, an aspect of photography that has become one of my strengths.

This photo of Traylor has a special meaning. We proved that no matter our ages or circumstances, growth in our endeavors can endlessly continue. It takes hard work, dedication and perseverance. I am betting we are thankful for new opportunities to grow as a player, as a photographer, and as men. I believe we both look forward to many more successful years.