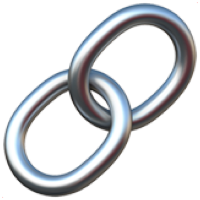 Washington is one of three coaches included in the women’s committee category of the 2021 Hall of Fame selection. The class will be announced during the 2021 Final Four in early April.

KU’s legendary coach, posted a 560-363 ledger in 31 seasons, 1974-2004, at the helm of the Jayhawks. Washington guided KU to 11 NCAA Tournament appearances, where she reached the sweet 16 twice. She boasted seventeen 20-win seasons, while claiming seven league titles and six conference tournament championships. Her accomplishments on the court earned her conference coach of the year three times, receiving Big Eight Coach of the Year in 1992 and 1996 and Big 12 Coach of Year in 1997. Washington served as the first athletics director for women’s athletics under Title IX at the University for five years.

Washington expanded her coaching experience when she was the first African-American woman to coach a United States women’s basketball team in an international competition.

Also named as a nominee by the Hall is Kansas great Paul Pierce as one of many first-time selections. The 2021 class will officially be enshrined in September, 2021.

Off the court, Washington received a Lifetime Achievement Award from the Black Coaches Associations in 2003, after being named Coach of the year by the BCA in 19992 and 1996. Within the same association, she served as the first female president of the BCA for consecutive terms. Washington is already a hall of famer in the Women’s Basketball Hall of Fame (Class of 2004).