LAWRENCE, Kan. – Fresh off back-to-back road victories, the Kansas Jayhawks (3-0, 1-0 Big 12) return home to David Booth Kansas Memorial Stadium to host the Duke Blue Devils (3-0, 0-0 ACC) on Saturday at 11 a.m. CT. The game will be televised on FS1 with Eric Collins and Devin Gardner on the call.

Kansas enters its non-conference finale 3-0 for the first time since 2009. The Jayhawks are coming off two straight road wins at Houston and West Virginia, while Duke enters the matchup at 3-0 following wins against Temple, Northwestern and North Carolina A&T.

Kansas enters week four as the third-highest scoring team in the country at 53.0 points per game. The Jayhawks have scored 22 touchdowns and two field goals through the games, ranking fifth in the country scoring offense (51.0 ppg), seventh in rushing offense (259.0), and second in third-down conversion rate (68.6%). 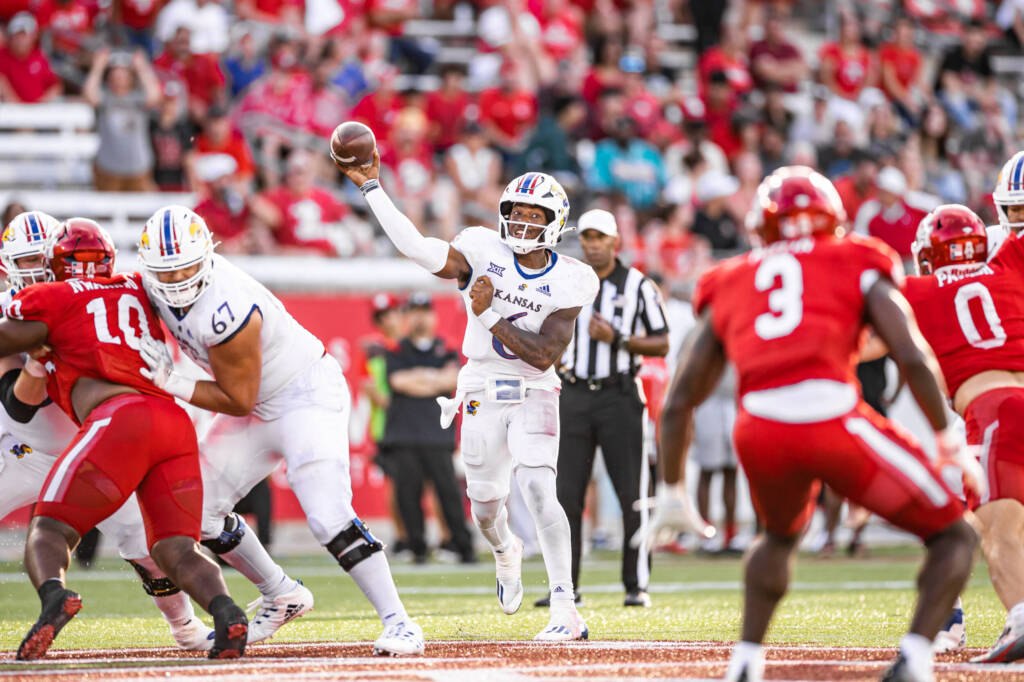 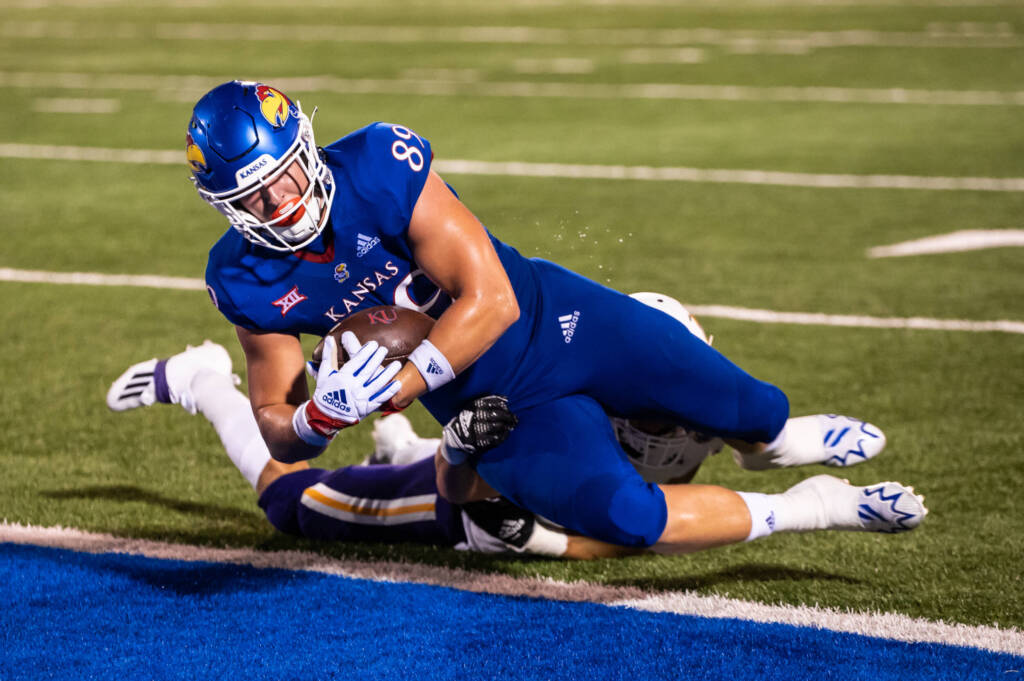 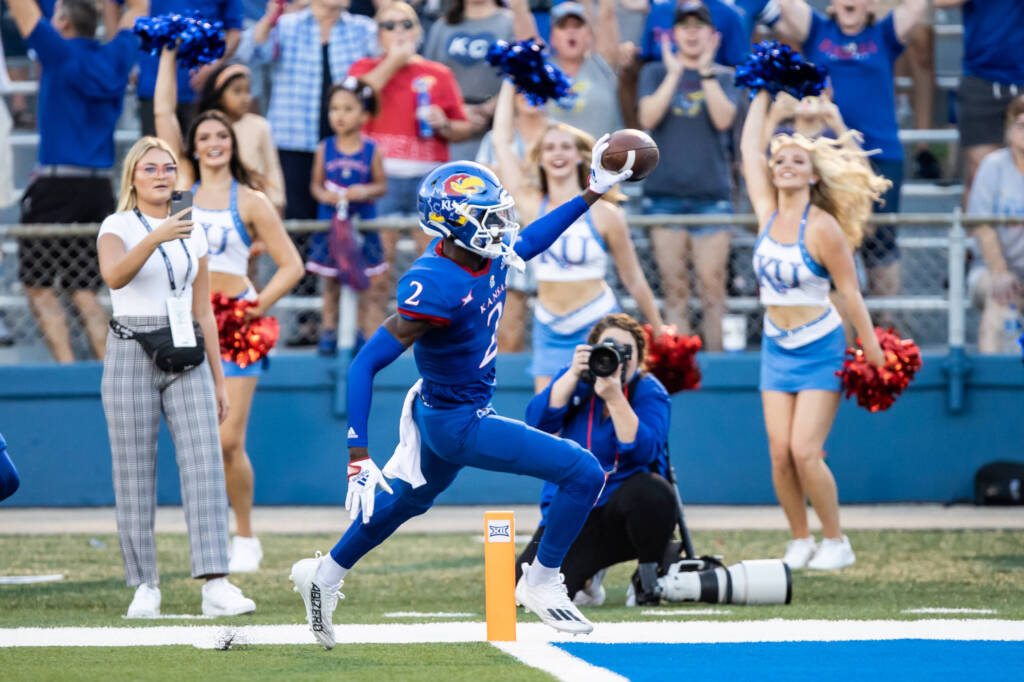 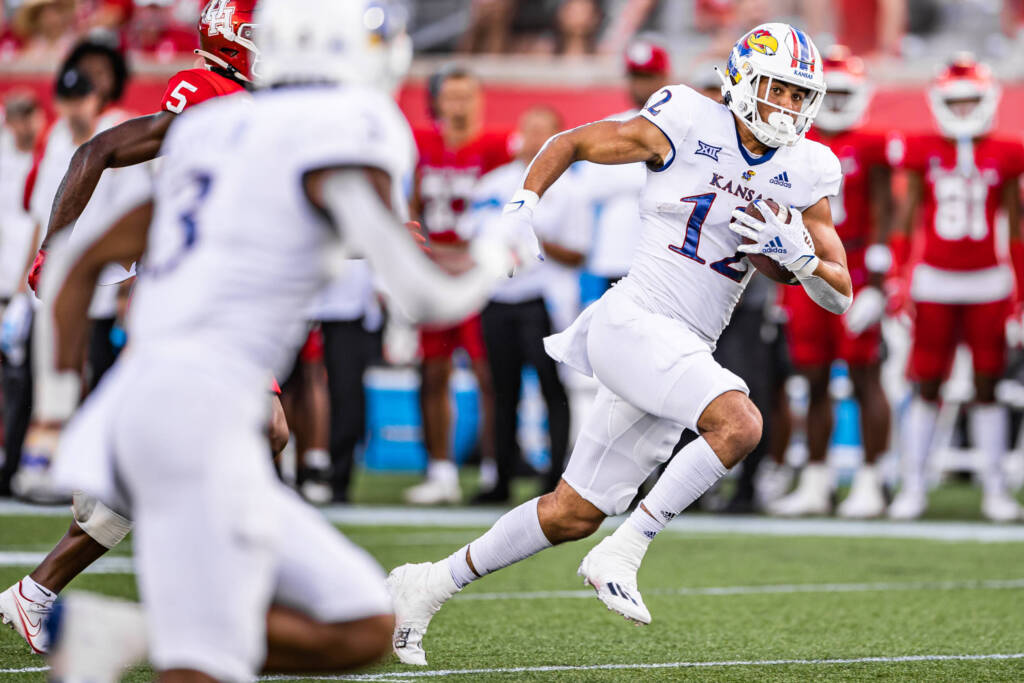 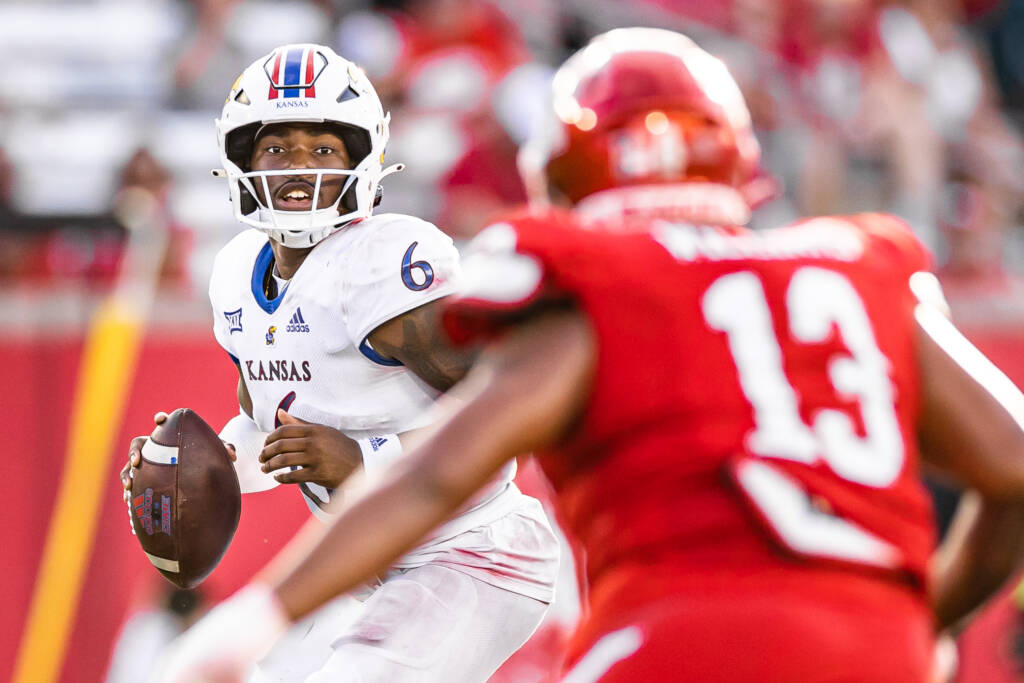 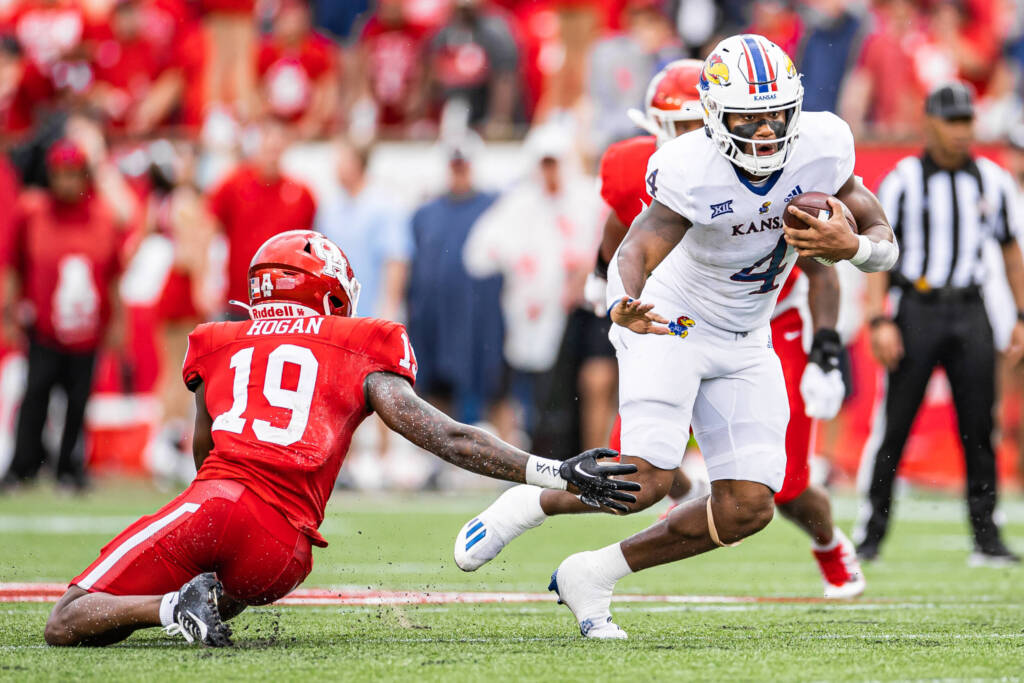 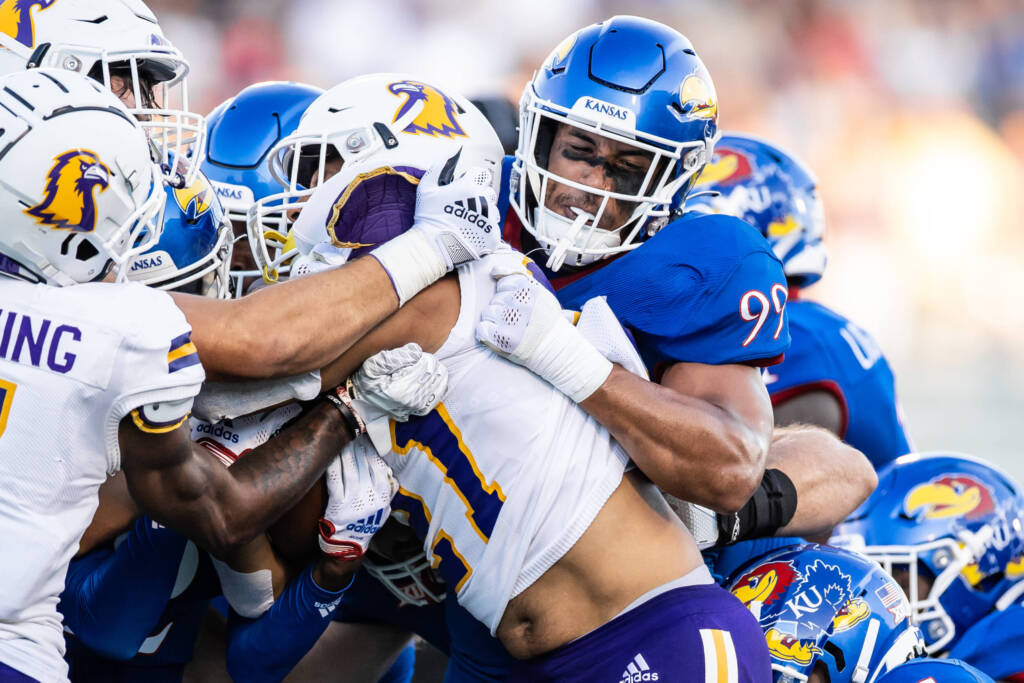 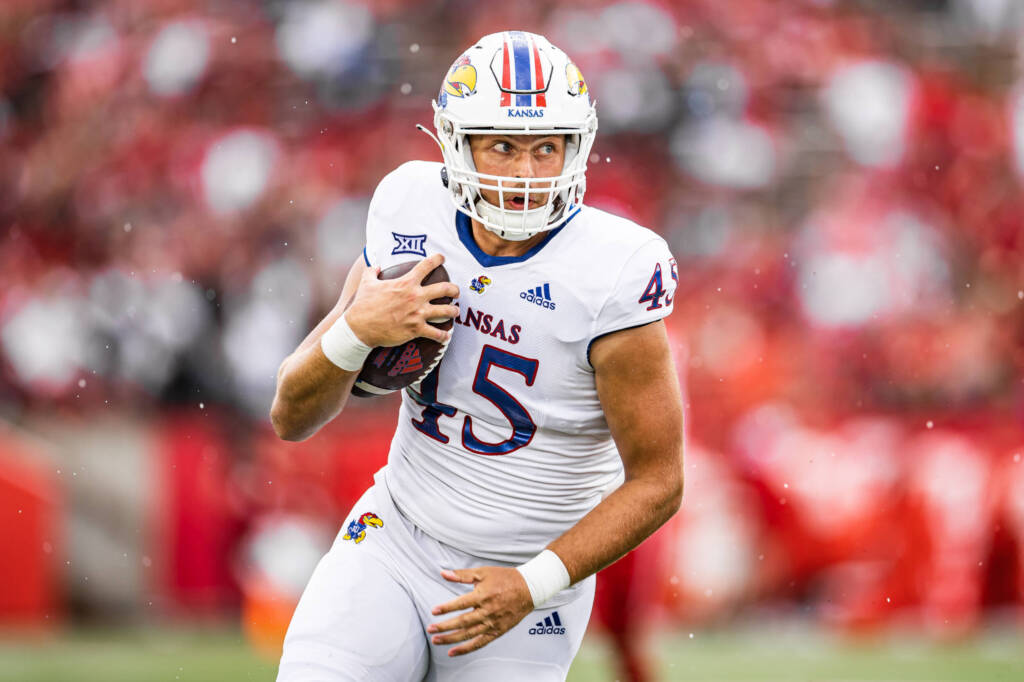 Led by a deep and talented running corps, the Jayhawks are one of only two Power 5 teams in the country this year to rush for at least 200 yards in every game, joining Arkansas. Kansas rushed for 297 yards against Tennessee Tech, 200 at West Virginia and 280 at Houston. It’s the first time the program has rushed for 200 or more yards in three straight games since 2012.

Kansas’ offense has been led by junior quarterback Jalon Daniels, who has completed 47-of-70 passes for 566 yards and seven touchdowns, while leading Kansas in rushing with 27 carries for 244 yards and three touchdowns. Daniels was named the Big 12 Conference Offensive Player of the Week, Walter Camp National Offensive Player of the Week and was named to the Manning Award Stars of the Week and Davey O’Brien Great 8 List following the win at Houston. 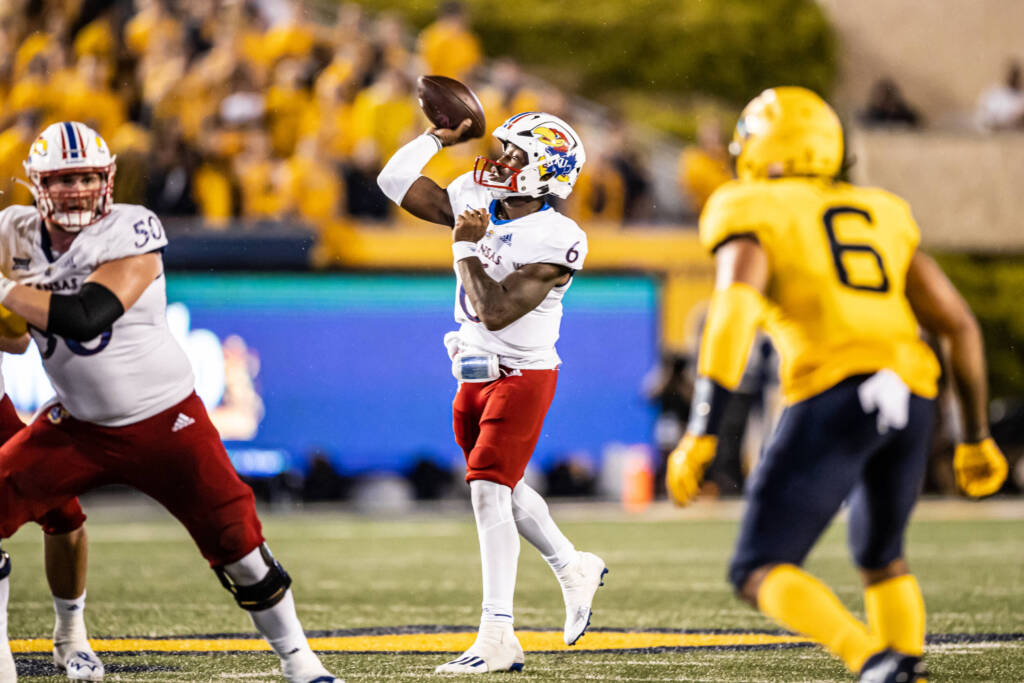 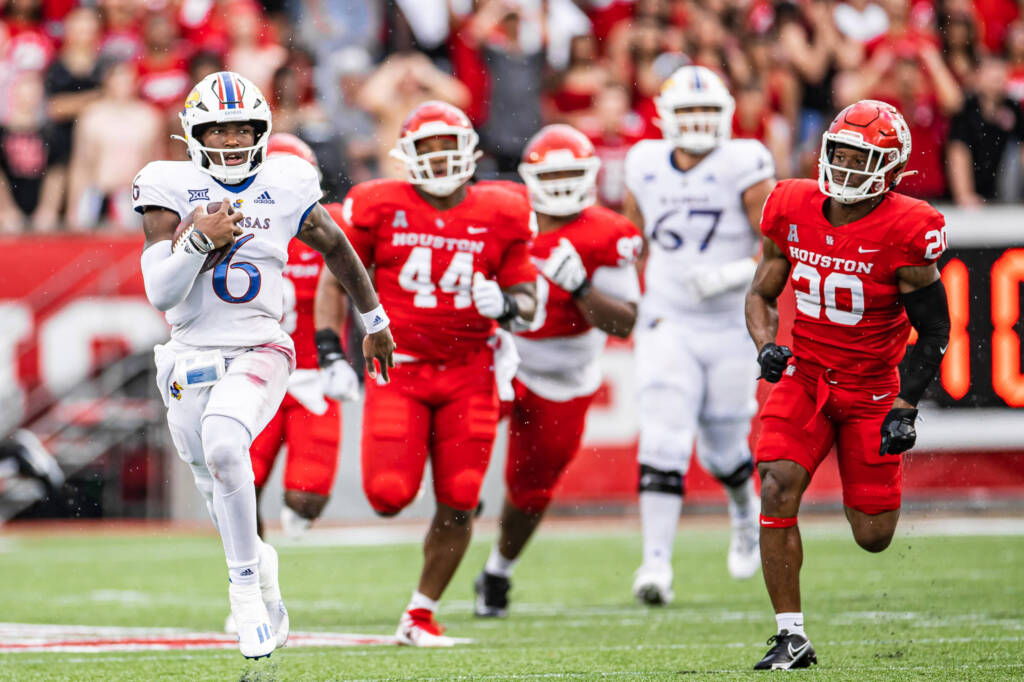 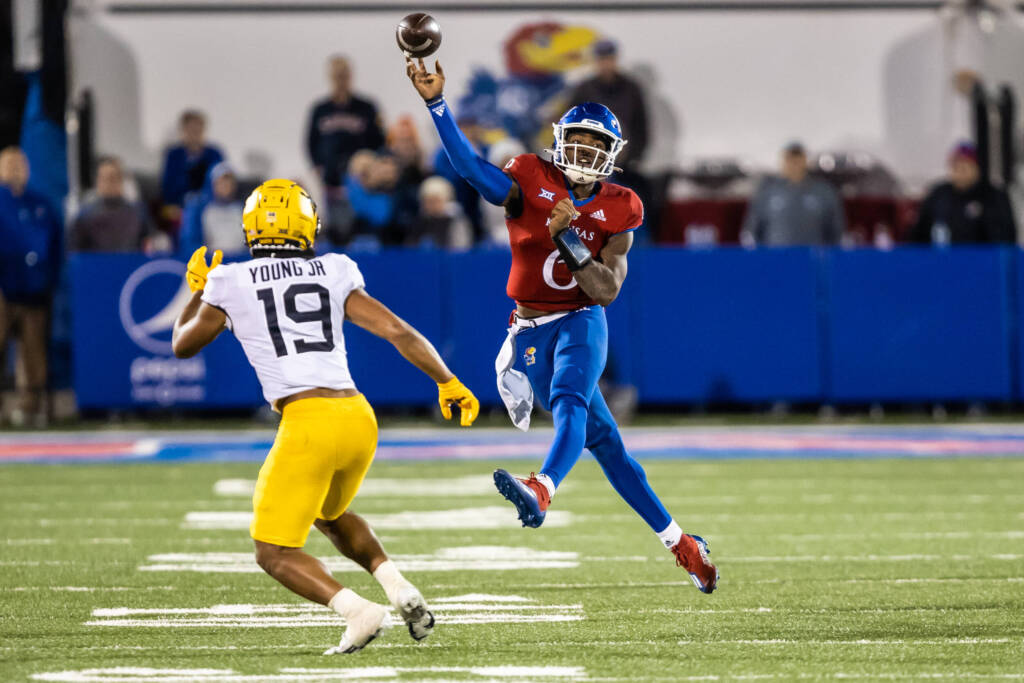 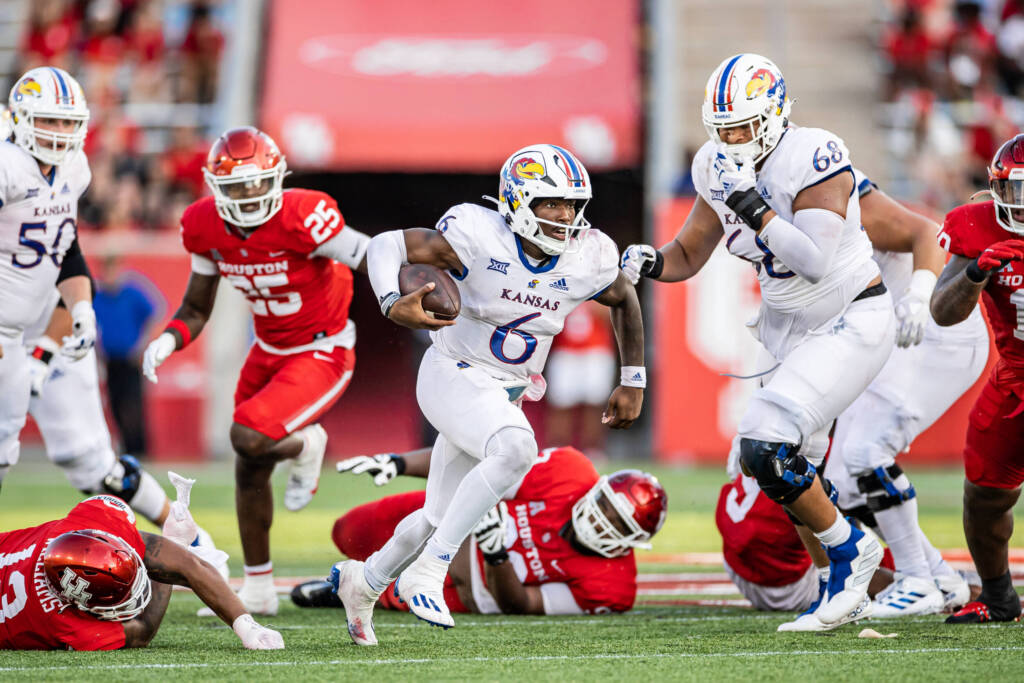 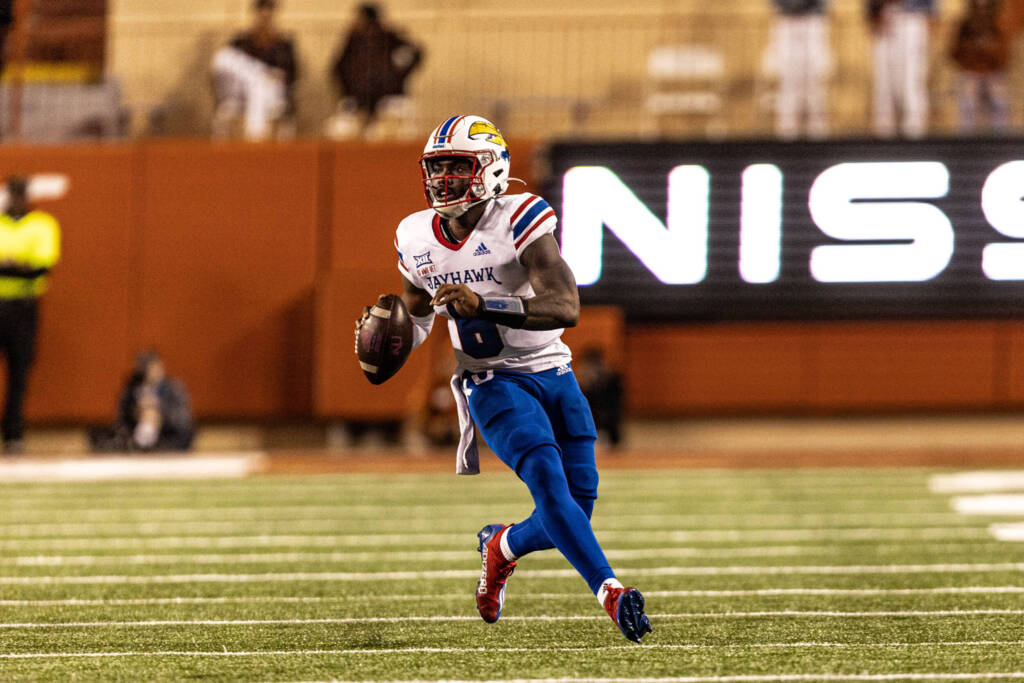 Duke comes to Lawrence averaging 36.6 points per game, led by quarterback Riley Leonard. Leonard has completed 48-of-66 passing for 723 yards and five touchdowns, while Jaylen Coleman leads the ground attack with 29 attempts for 177 yards and three touchdowns.

Saturday’s game at Duke will be the first of three home games, as Kansas will then welcome Iowa State on October 1 for Homecoming, followed by TCU on October 8. Single-game tickets and mini plans are on sale now. Tickets can be purchased here.