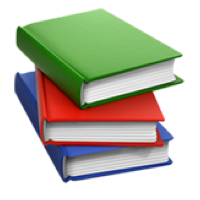 LAWRENCE, Kan. — The Kansas Jayhawks are set to return to David Booth Kansas Memorial Stadium to host Texas Tech in the 109th Homecoming game on Saturday, October 16 at 3 p.m. The game will be broadcast on Big 12 Now on ESPN+ with Roy Philpott (PxP) and Ryan Leaf (Analyst) on the call.

Saturday’s Homecoming matchup marks the first of back-t0-back home games for the Jayhawks, after playing their last two games on the road, including three of their last four. The Jayhawks host the Red Raiders for Homecoming on Saturday, before welcoming the Oklahoma Sooners on Saturday, October 23.

The Jayhawks and Red Raiders last met in Lawrence on Homecoming in 2019, which resulted in a 37-34 walk-off victory for the Jayhawks. Kansas’ Liam Jones hit a 32-yard field goal with no time remaining to give the Jayhawks the three-point win. Kansas trailed 17-0 and 27-14 at different points of the game, before pulling out the victory. Each of the last two matchups between the Jayhawks and Red Raiders have been decided by three points. Texas Tech barely outlasted Kansas 16-13 in Lubbock last season to end the Jayhawk regular season.

• Kansas enters this Saturday’s matchup with Texas Tech with just 22 total penalties in five games this season. The 22 penalties are the fourth-fewest in the country and the lowest total in the Big 12 Conference. The Jayhawks are averaging 4.40 penalties per game, which ranks ninth in the country and tops in the league.

• The Kansas defense has forced at least one fumble in each game this season, including two apiece versus South Dakota and Baylor. The Jayhawks rank 11th in the country in forced fumbles per game at 1.40. Both super-senior defensive end Kyron Johnson and junior safety Kenny Logan Jr., have multiple forced fumbles this season.

• True freshman running back Devin Neal has rushed for 190 yards on 32 carries over his two games, both road starts at Duke and Iowa State. Neal is averaging nearly six yards per carry in those two games at 5.9. He had 74 rushing yards on 22 carries over his first three games.

• Junior wide receiver Trevor Wilson – a transfer from Buffalo in the offseason – is averaging 18.07 yards per catch, which ranks third in the conference behind Xavier Worthy (Texas) and Marvin Mims (Oklahoma). Wilson has 15 catches for 271 yards and a touchdown so far this season.

• Junior safety Kenny Logan Jr., has 39 tackles, four pass breakups and two forced fumbles in four games this season. He ranks fifth in the Big 12 Conference with 7.8 tackles per game. Logan and Khoury Bethley from Hawaii are the only two players in the country with 35-plus tackles, four-plus pass breakups and multiple forced fumbles already this season.

• Quarterback Jason Bean is leading the team in both passing and rushing through five games this season. Bean has thrown for 852 yards and five touchdowns so far this season. He’s also rushed for 289 yards and a pair of scores on the ground. He is seventh in the Big 12 in total offense yards per game at 228.2.

• The Jayhawks have been strong in the return game this season. Receiver Kwamie Lassiter II ranks third in the Big 12, averaging 12.3 yards per punt return. Meanwhile, safety Kenny Logan Jr., is fourth in the league in kick returns at 28.88. The Jayhawks had negative punt return yards last year as a team.

• Kwamie Lassiter II had three catches last time out against Iowa State, which moved him into 11th all-time in Kansas school history with 107 career receptions. He passed Marcus Henry, Emmett Edwards and Charles Gordon with his three catches against the Cyclones and is now one behind Harrison Hill for 10th.

• Through five games, the Kansas offense has had 18 plays go for 20 yards or more. In nine total games last year, the Jayhawk offense had just 16 total plays of 20 or more yards. The Jayhawks had three such plays last time out; two Jason Bean passes and one Devin Neal run.