Logan, Johnson and Lassiter all earned honorable mention honors last season, while Neal, a true freshman, and Novitsky and Miller, a pair of transfers from Buffalo, are being recognized by the league for the first time. 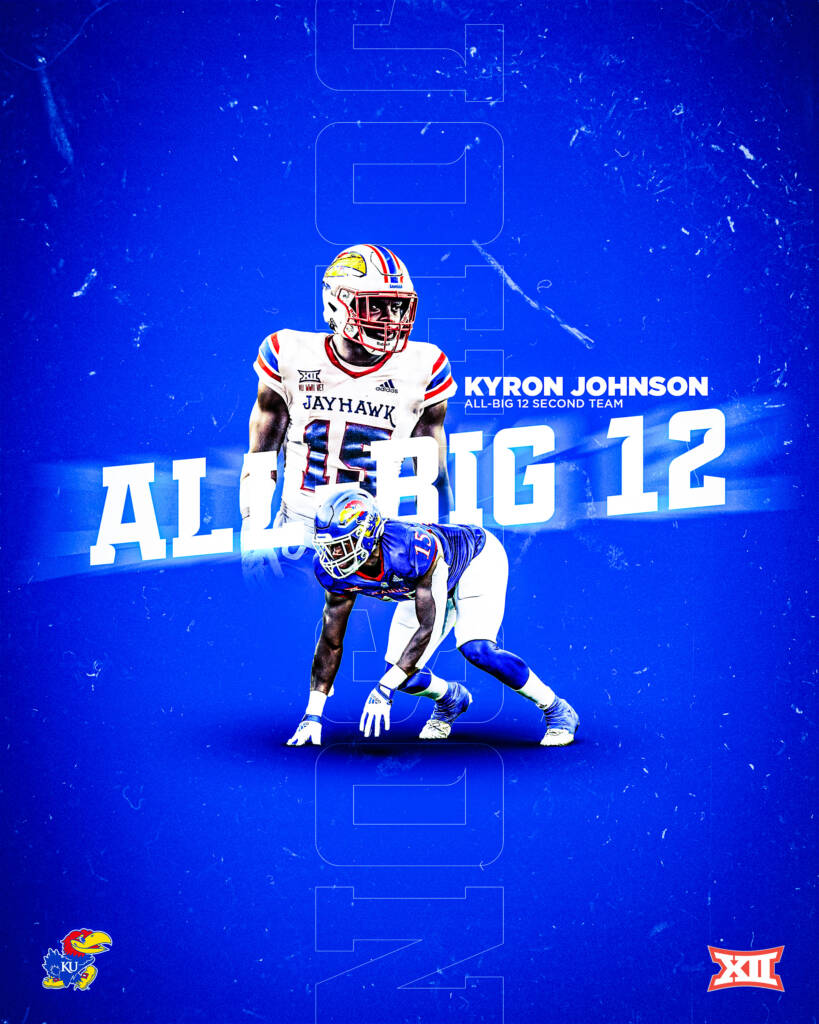 A super-senior from Arlington, Texas, Johnson had his best season as a Jayhawk in 2021. He led the Jayhawks in tackles-for-loss (8.5) and sacks (6.5). His four forced fumbles ranked third-most in the Big 12 and his 6.5 sacks ranked seventh. He also led the team in quarterback hurries with 10 as a menace in the backfield. Johnson finished the season with 61 tackles, establishing a new career high. Johnson’s 61 tackles were the most by any Big 12 defensive lineman. According to PFF, Johnson created 40 total pressures, and in 655 total snaps, Johnson did not commit a single penalty. The Texas native finished his Jayhawk career with 193 total tackles, 12.5 sacks and 22.5 tackles-for-loss. 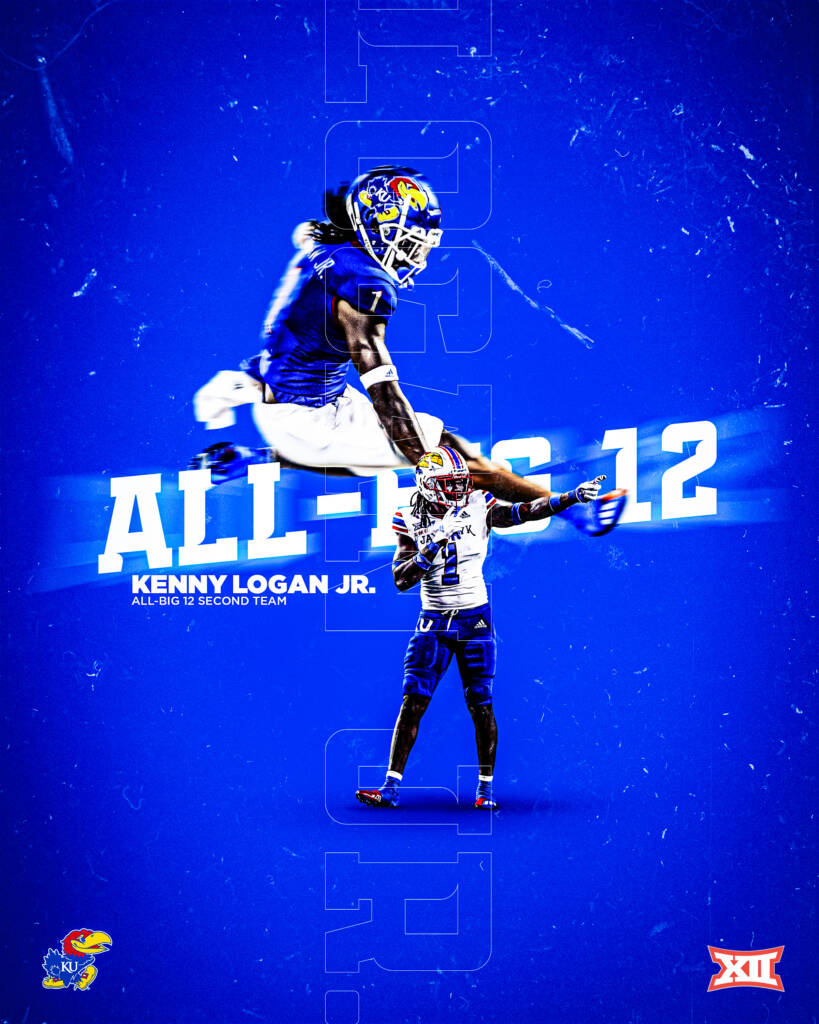 The junior safety from St. Augustine, Florida, flourished in 2021, putting together one of the most productive seasons by a defensive back nationally. Logan led the Big 12 with 113 tackles, which leads all defensive backs in the country. He also led the Big 12 in total tackles, tackles per game and solo tackles per game (6.6). Logan’s 79 solo tackles rank third in the country. He is the only player in the nation with 110+ tackles, 6+ pass breakups, 2+ forced fumbles and 4+ tackles-for-loss. Logan finished the season incredibly strong, posting double-digit tackle games in each of his last three games, including posting a career-high 15 tackles at TCU. Against the Horned Frogs, he also posted two tackles-for-loss, becoming just the second defensive back nationally to have 15 tackles and two tackles-for-loss in the same game. A dangerous returner as well, Logan averaged 27.9 yards per return as a kick returner, which ranked third in the Big 12 and 14 nationally.

A stalwart on the offensive line, the Barnwell, South Carolina native started all 12 games at left tackle for the Jayhawks in 2021. He allowed a pair of sacks in the second game of the season at Coastal Carolina, and those were the only two sacks he allowed in 807 total snaps. According to PFF, he graded out as the team’s top lineman in the Jayhawks 57-56 win over Texas last month. Bostick Jr., helped the offensive line show drastic improvement in 2021. The Jayhawks allowed just 16 sacks in 12 games, after allowing 43 sacks in nine games in 2020. Bostick Jr., also had a memorable two-point conversion catch against West Virginia in the season finale.

The super-senior from Chandler, Arizona, Lassiter II had his best season in 2021, capping off a brilliant Kansas career that left his name all over the record books. Lassiter established career-highs and led the team in receptions (59), receiving yards (653) and receiving touchdowns (3). The 59 receptions ranked fifth in the Big 12 this season, while the 653 yards ranked eighth. He also finished second in the Big 12 in total punt return yards with 108. Lassiter finished his career, ranking fifth all-time in program history in career receptions with 148 and 12th in career receiving yards with 1,550. Lassiter was also the team’s Wuerffel Trophy candidate for this year.

The Buffalo transfer thrived in his first season with Kansas, especially late in the season when he took over as a full-time starter. Miller finished second on the team with 79 total tackles and two sacks and tied for second with five tackles-for-loss. He also added two pass breakups, one forced fumble and one fumble recovery. Miller started the final nine games of the season for Kansas and had four tackles-for-loss in his last four games. Miller had a career-high 14 tackles at Duke, and had nine tackles in the season finale against West Virginia and eight tackles apiece against Kansas State and Texas.

A fellow transfer from Buffalo like Miller, Novitsky anchored the offensive line from his center position this year for the Jayhawks. A starter in all 12 games, Novitsky did not allow a sack or commit a penalty in 799 total snaps for the Jayhawks. According to PFF, Novitsky graded out at 96% or better in pass blocking efficiency in all 12 games this season. He led an offensive line that allowed 16 sacks in 12 games this season after allowing 43 in nine last season. Additionally, not only did Novitsky not allow a sack this season, he has not allowed a sack in 2,302 total snaps during his collegiate career.