The Jayhawks finished the game on a 15-5 run over the final 4:37 to secure their sixth Champions Classic win in their last seven appearances. Wilson finished with 11 rebounds as well to notch his second double-double of the season.

Trailing 59-54 with 4:37 to play, Wilson hit a turnaround jumper in the lane to cut it to three with just over four minutes remaining.

That was the last time Duke would lead, however.

After a defensive stop, KJ Adams Jr. scored on a layup to make it 67-62 and ice the game for the Jayhawks.

Wilson has now started the season with a pair of double-doubles in his first three games and also became the first Jayhawk to have two double-doubles in the State Farm Champions Classic after posting one in 2020.

Harris posted a career-high 10 assists in the win as well. He is the first Jayhawk with double-digit assists in a game since Devon Dotson had 11 assists on February 8, 2020 at TCU.

Trailing 6-5 just more than three minutes into the game, the Jayhawks went on their first run of the game, going on a 12-0 spurt to take an 11-point lead. Wilson started the run with a layup and a jumper before McCullar Jr. hit a 3-pointer from the corner. 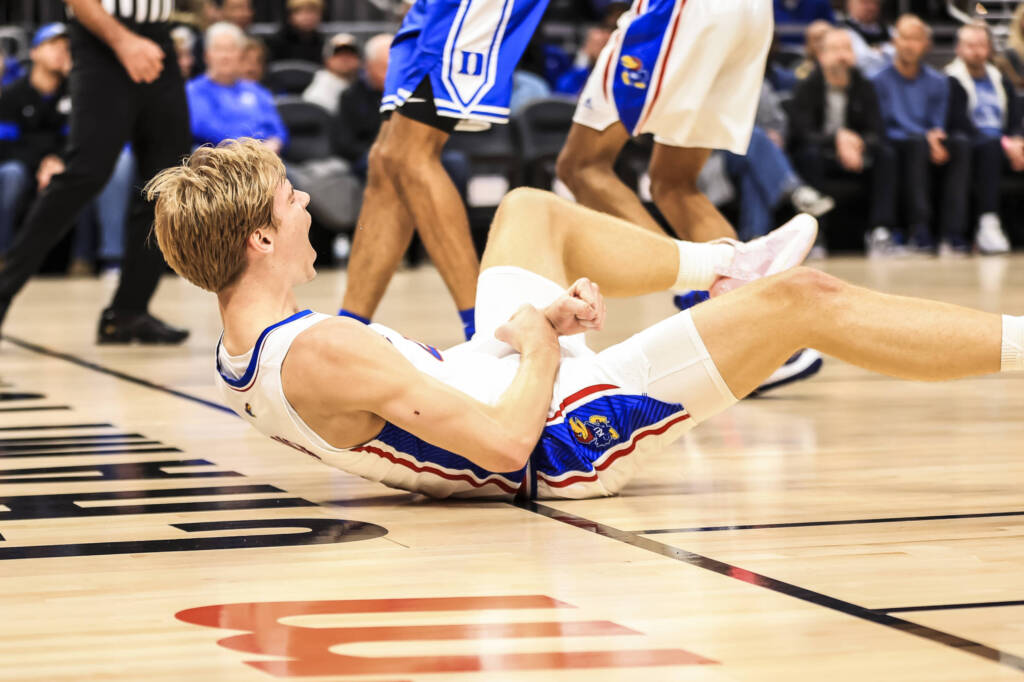 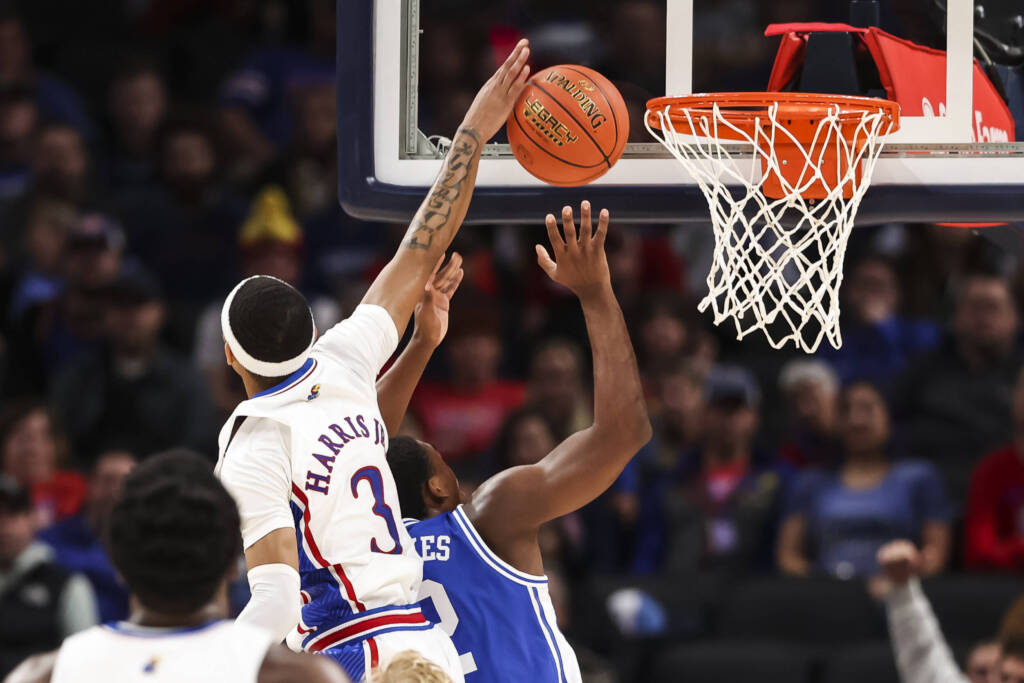 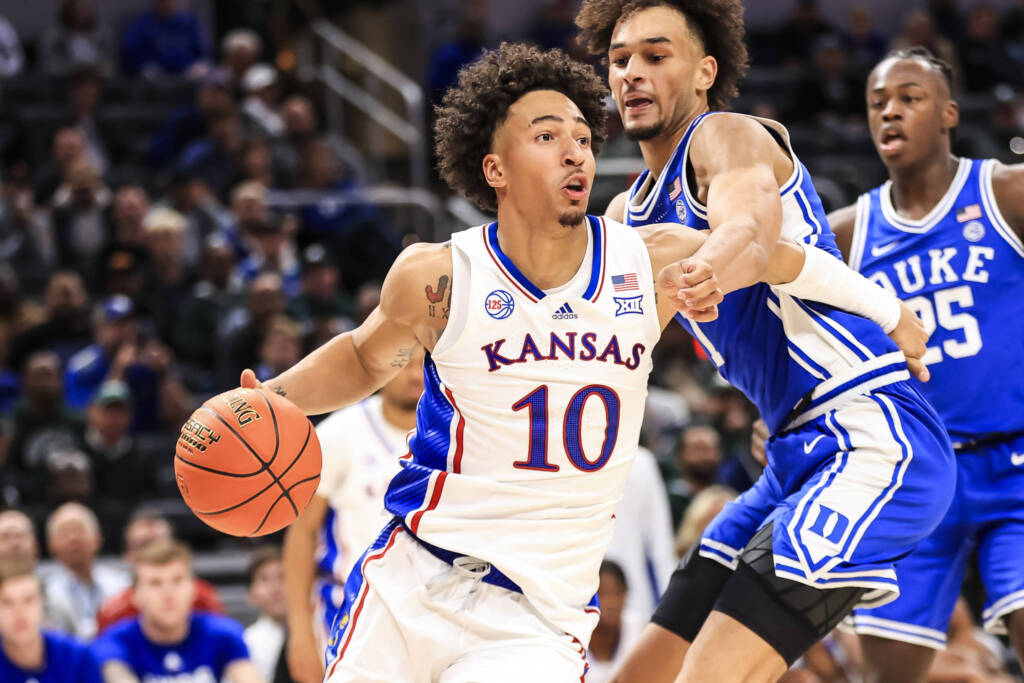 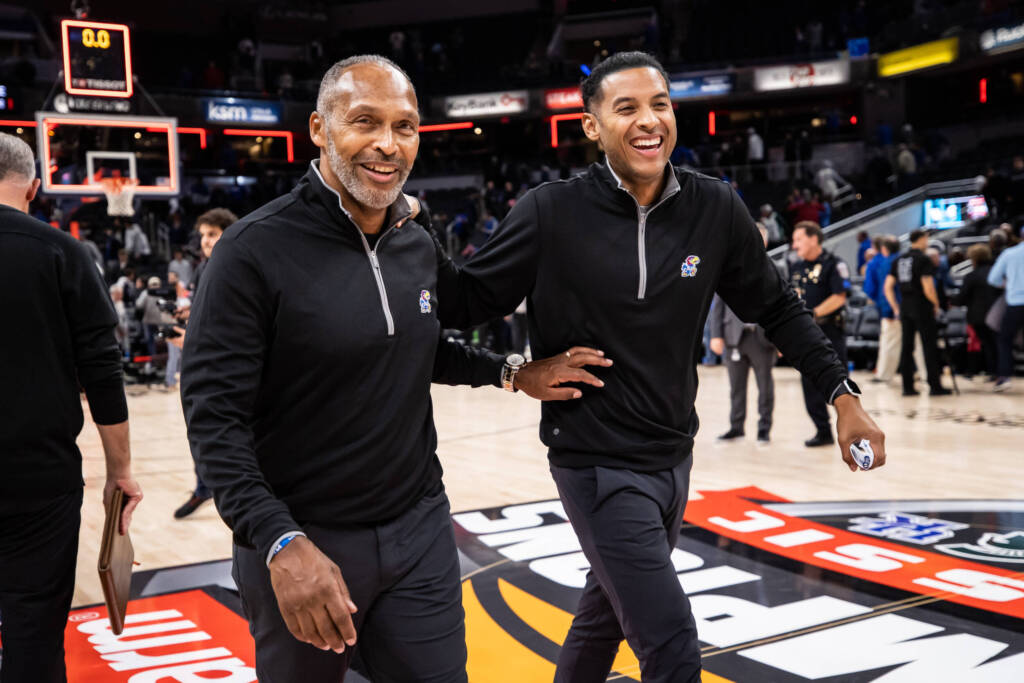 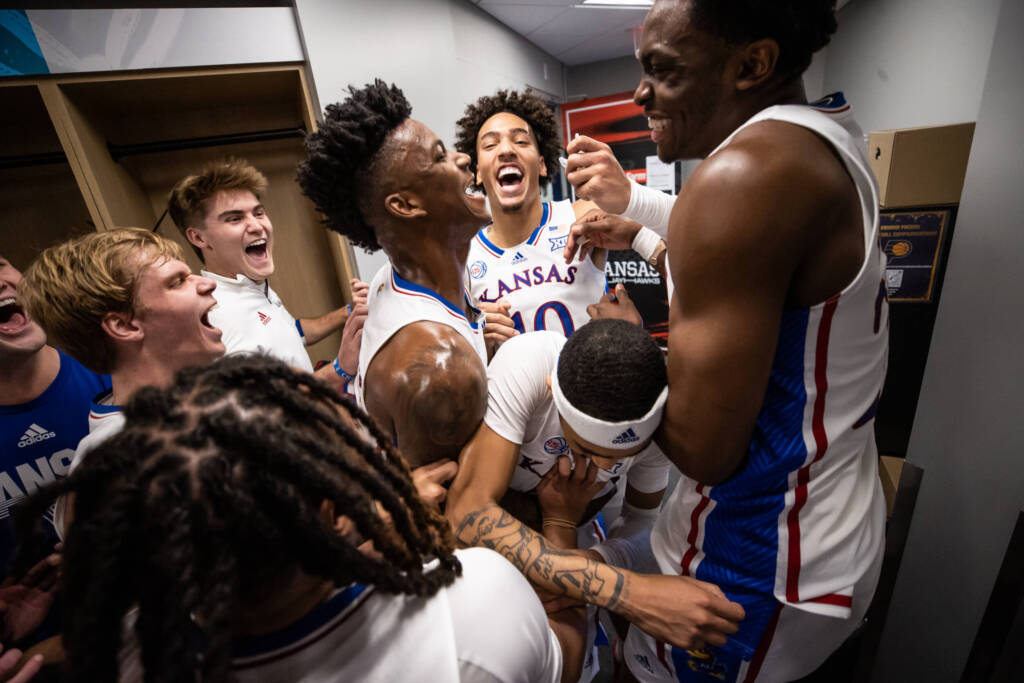 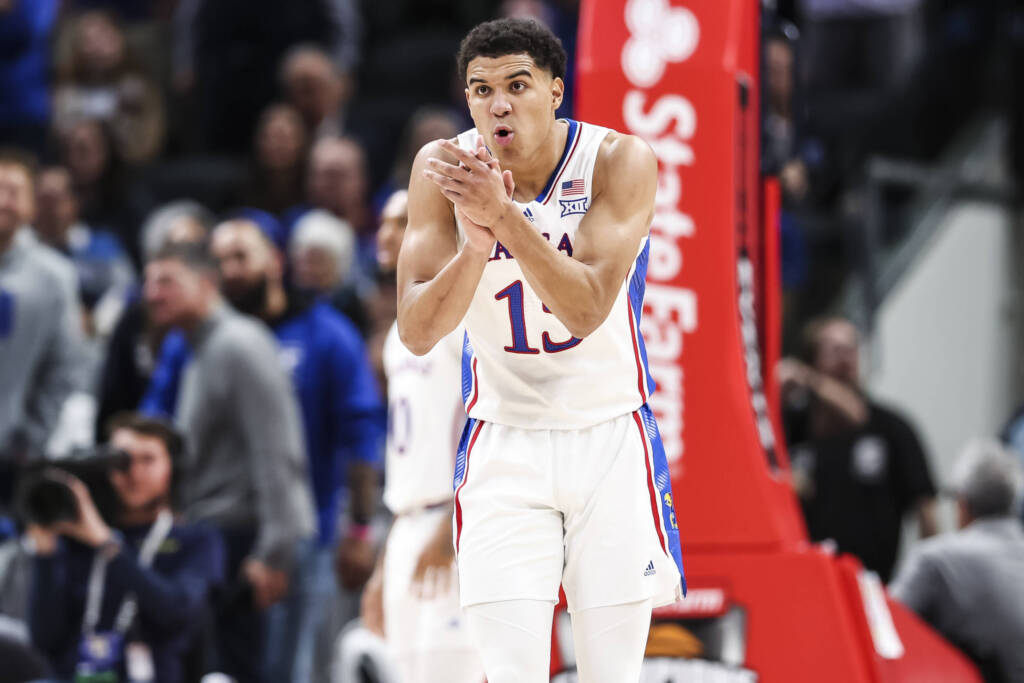 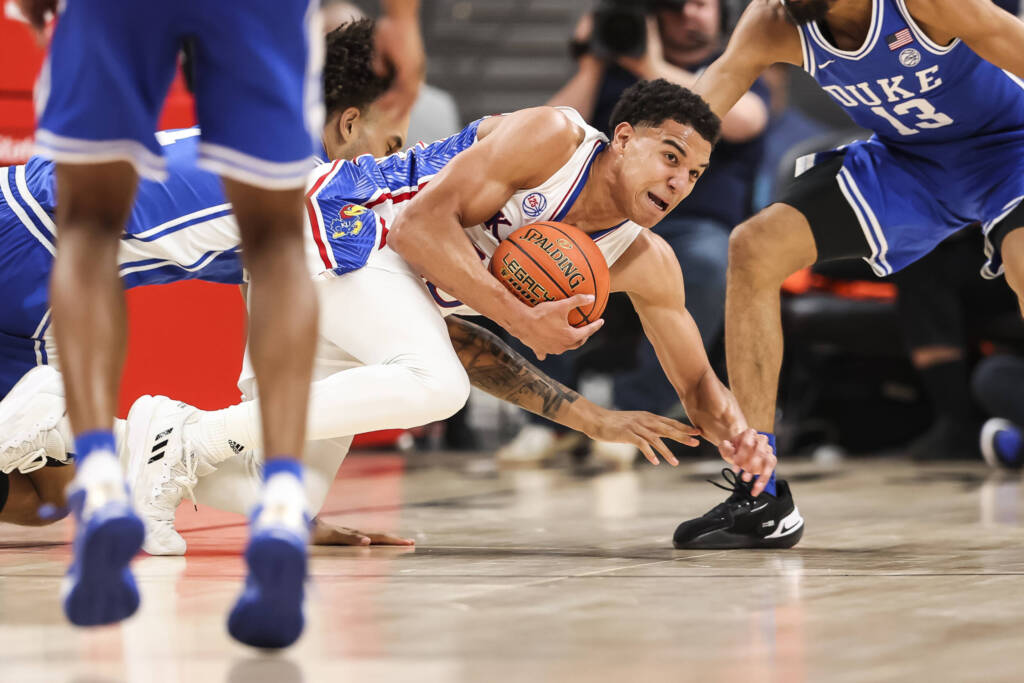 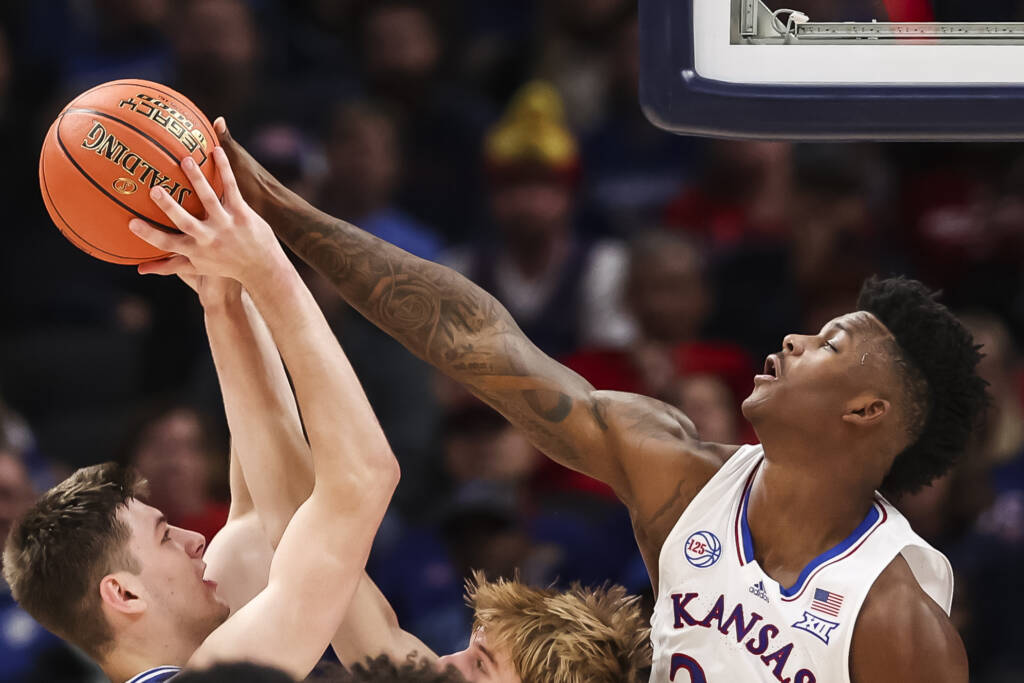 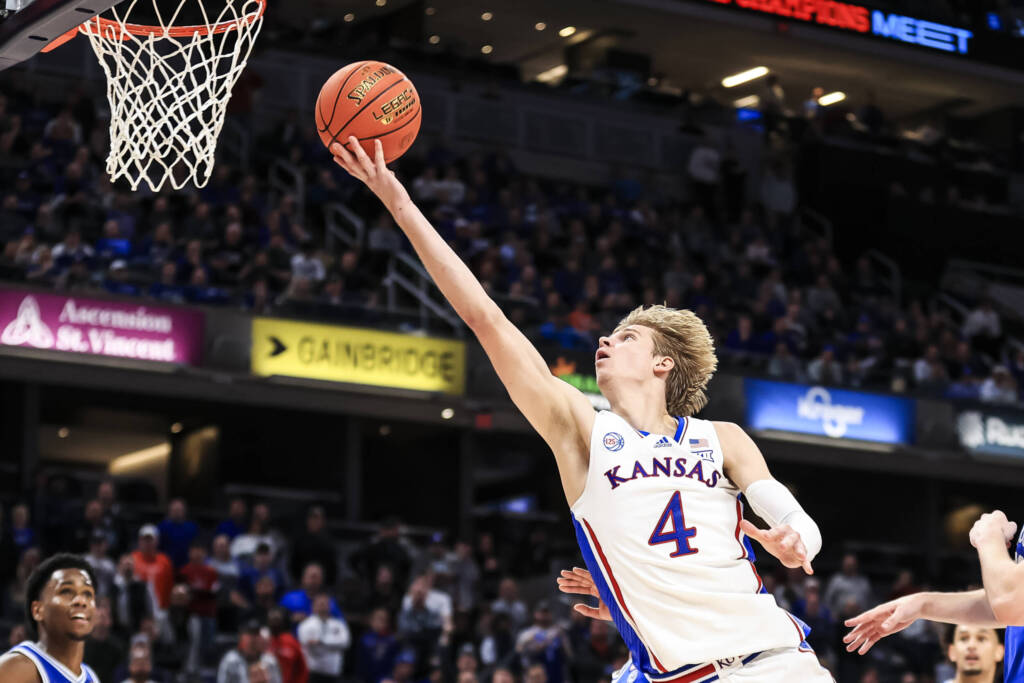 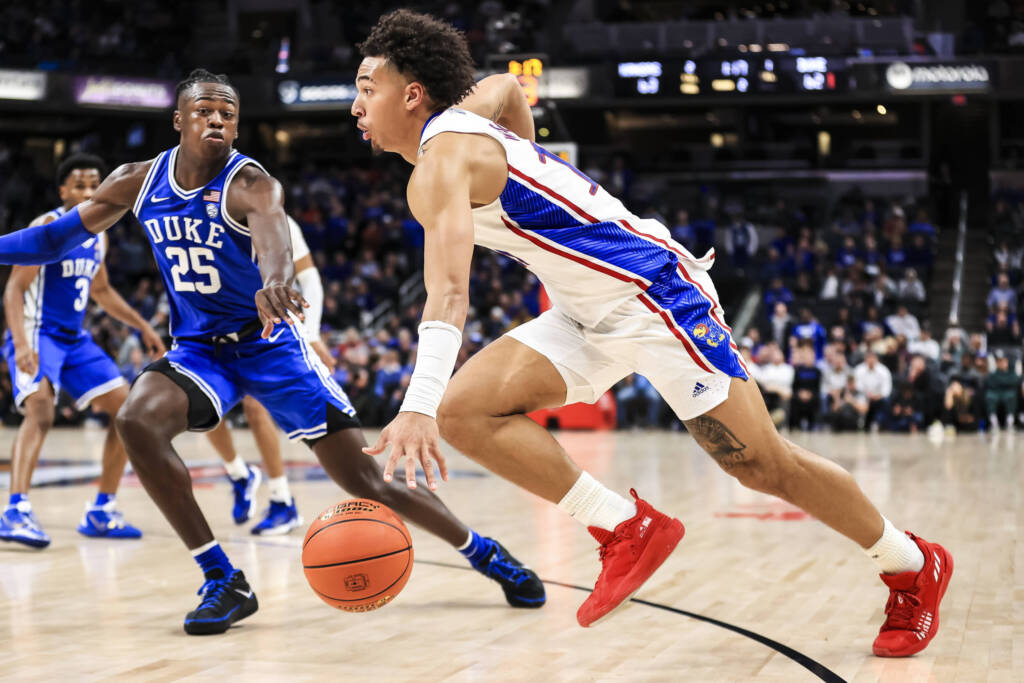 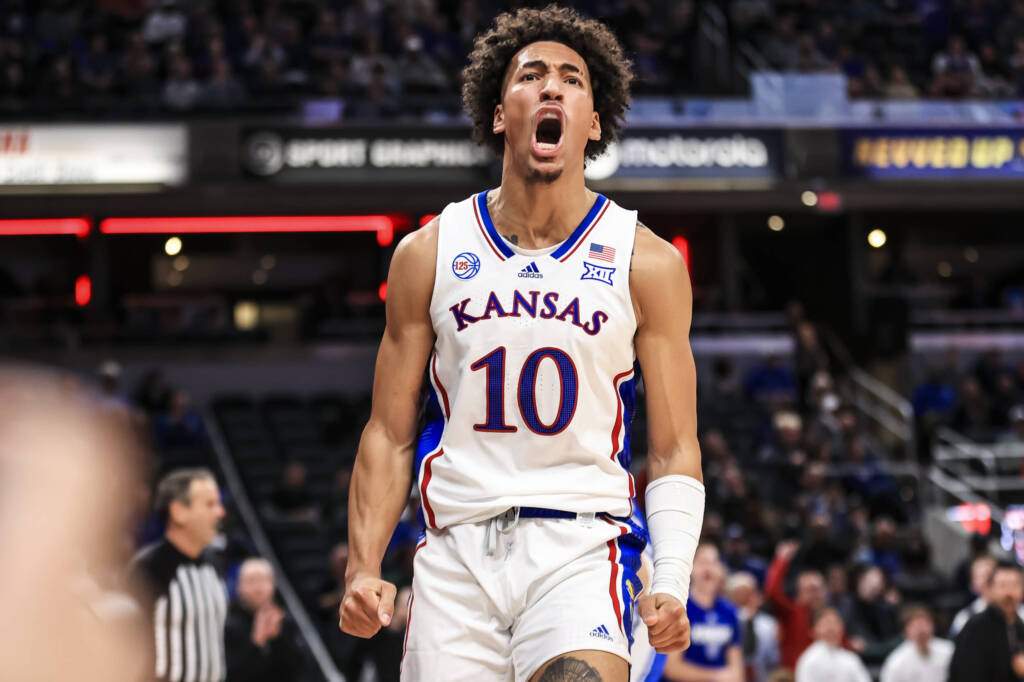 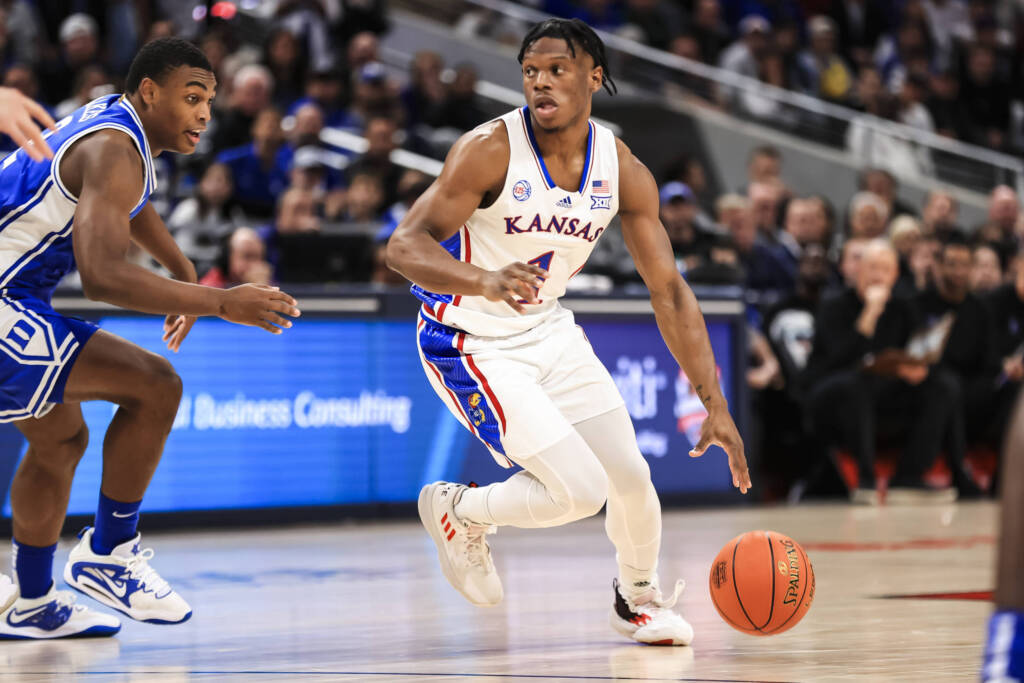 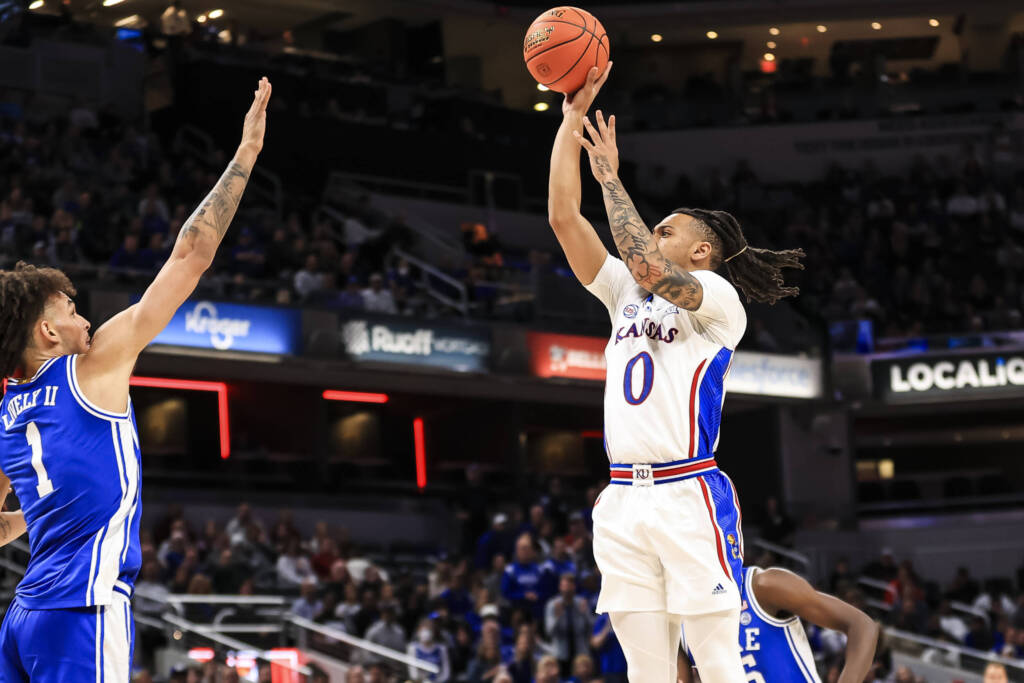 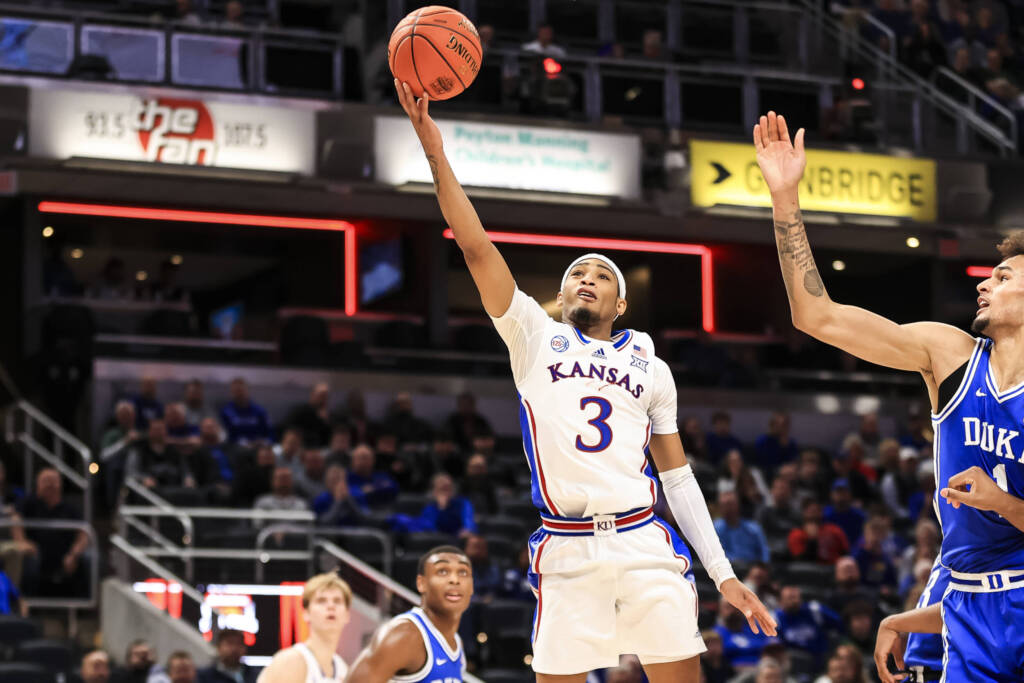 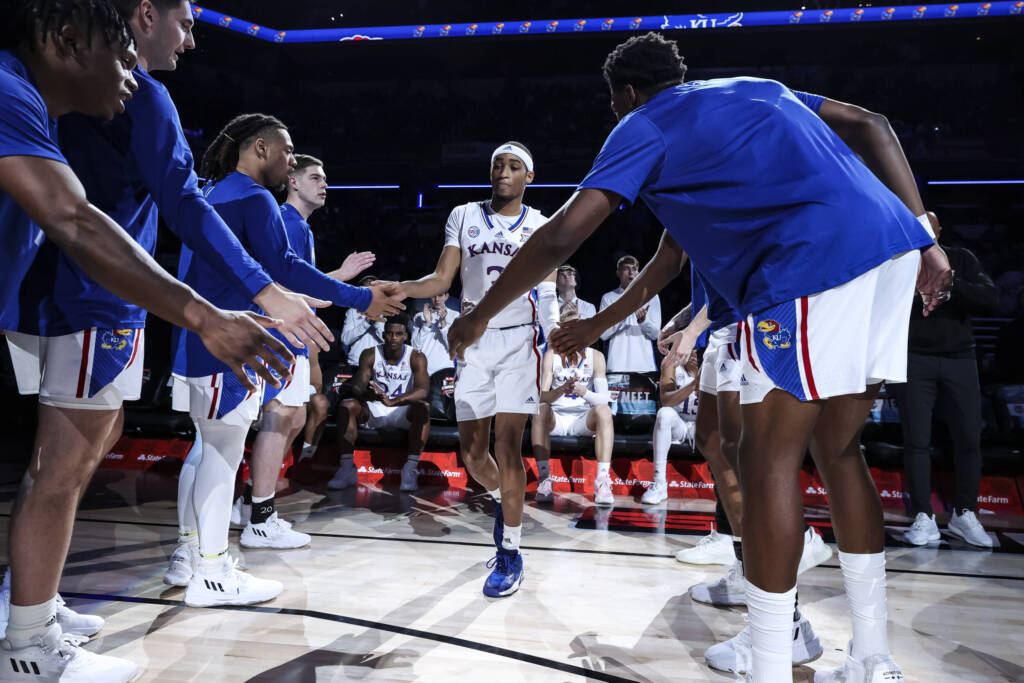 After a media timeout, Dick kept the run going with an and-one to make it a nine-point game. Wilson then capped the drive with a putback to give Kansas a double-digit lead at 17-6.

Kansas started 7-of-14 from the field, while Duke started 4-for-14 with four turnovers.

Duke trimmed the lead to six later in the half when Jeremy Roach connected on a bucket bringing the score to 21-15. The Jayhawks answered back with McCullar Jr. hitting a jumper to make it 23-15 with just less than eight minutes to play in the first.

The Blue Devils didn’t allow the deficit to get any larger the rest of the half and cut it to two points at one point in the half.

The two teams traded buckets to make it 33-27, before Roach hit a pair of free throws 18 seconds before halftime to cut it to four at halftime, 33-29.

Kansas shot 46 percent from the floor in the first half, while holding Duke to 31 percent shooting and forcing 11 turnovers (six charges) to just two assists for the Blue Devils in the game’s first 20 minutes.
McCullar Jr. finished with 12 points and six rebounds in the win, while Dick finished with 14 points in the victory.

The Jayhawks will return to action Friday night at Allen Fieldhouse when they take on Southern Utah at 7 p.m. CT. Kansas will then head to the Bahamas for the Battle 4 Atlantis, where they will open play Nov. 23 against NC State.