LAWRENCE, Kan. – Kansas couldn’t overcome early miscues as Coastal Carolina defeated the Jayhawks, 38-23, at David Booth Memorial Stadium Saturday night in the season opener for both teams. KU would outscore the Chanticleers, 20-10, in the second half.

Playing before an empty stadium due to COVID-19, Coastal Carolina turned three Kansas first-half turnovers into 21 points as the Chanticleers scored touchdowns on four of their first five possessions to go up 28-0. Kansas redshirt-freshman kicker Jacob Borcila connected on 47-yard field goal as time expired to make the score 28-3 at the intermission.

After stalling Coastal Carolina’s opening drive of the second half, Kansas went 89 yards in 15 plays with junior quarterback Miles Kendrick hitting senior wide receiver Andrew Parchment on a 14-yard touchdown pass. Kendrick then connected with senior Kwamie Lassiter II on the two-point conversion to make the score 28-11. For the game, Kendrick completed 15 of his 24 pass attempts for a total of 156 yards and two touchdowns. Parchment hauled in six receptions for 54 yards on the night, also scoring one touchdown.

Kansas’ defense then forced a Coastal Carolina three-and-out and on its next drive. KU sophomore running back Velton Gardner raced 61 yards for a touchdown to make the score 28-17 after three quarters. It would be the closest the Jayhawks would come in the second half. Gardner ended the night as KU’s leading rusher with 81 yards on 11 carries.

Coastal Carolina then went on an 81-yard drive with a two-yard score by quarterback Grayson McCall to make it 35-17, but KU would once again respond. Kendrick hit Lassiter with a five-yard touchdown pass to make the score 35-23. Lassiter hauled in five catches for 63 yards for the game.

The Chanticleers would add a late field goal to give Coastal Carolina its second-straight win in as many seasons versus KU, with a final score of 38-23.

Next, Kansas will take a week off and open Big 12 play at Baylor on Saturday, Sept. 26. Kickoff time and television designation for the KU-BU contest have yet to be announced. 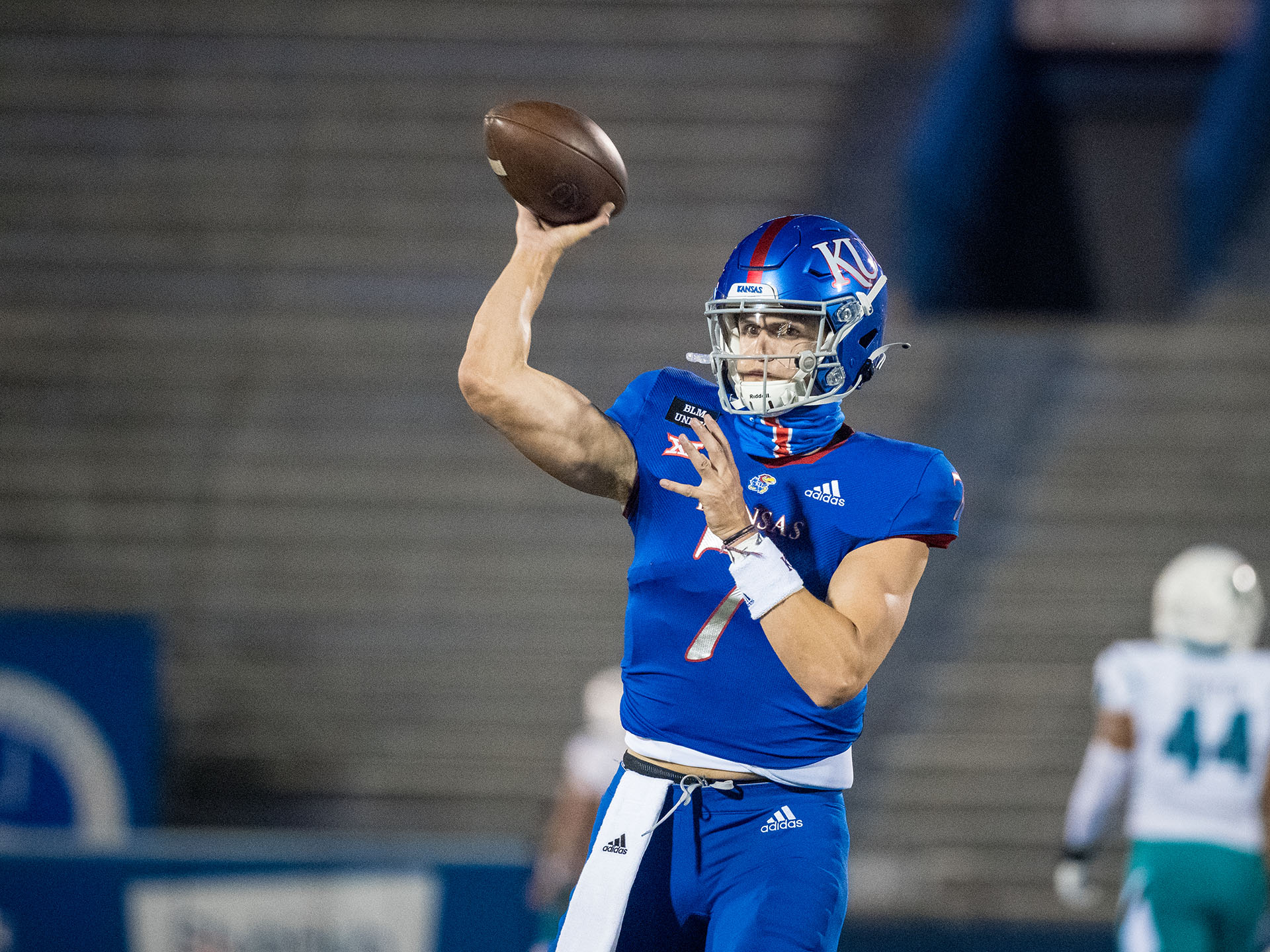 From Lawrence with love 💙❤️