LAWRENCE, Kan. – One of college football’s oldest rivalries will be renewed as Kansas and Missouri have agreed to a four-game series beginning in 2025. The Border Showdown rivalry is currently the fourth-longest in the FBS, dating back to 1891.

“This agreement renews one of college football’s most historic rivalries and we believe Jayhawk fans will enjoy the competition,” said Director of Athletics Jeff Long. “This will be a great experience for our students, student-athletes and fans to have the Border Showdown games on campus, and look forward to seeing that excitement at David Booth Kansas Memorial Stadium.”

The Jayhawks and Tigers will renew their rivalry on September 6, 2025 in Columbia, Missouri in the team’s first meeting since 2011. 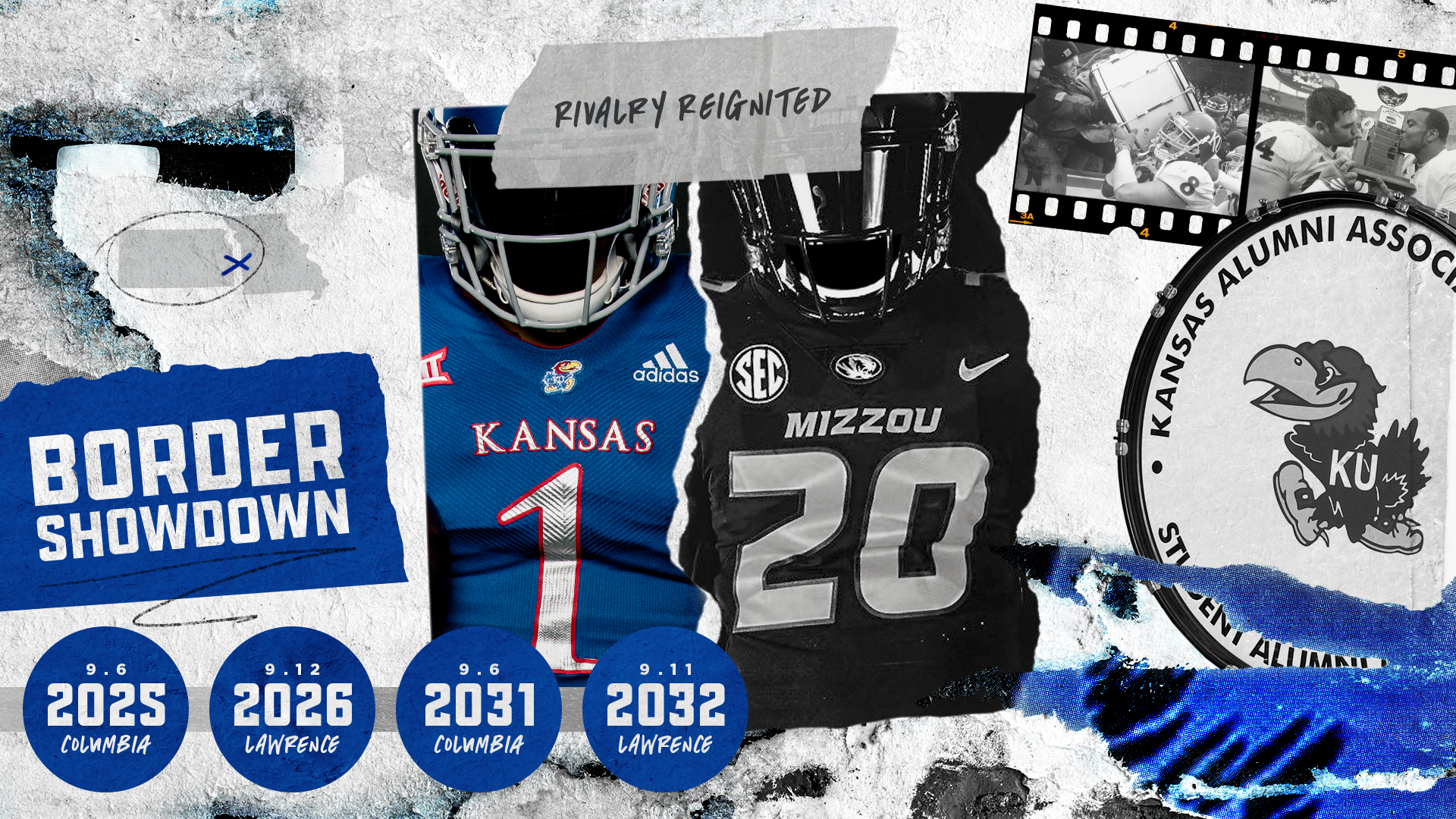 “This is a tremendous opportunity to reignite one of college football’s oldest rivalries,” said Head Coach Les Miles. “Anytime you bring two football teams on the field with that history, I think it will excite our student-athletes and fans, and will certainly be a great battle on the field.”

In the last meeting between the two teams in 2011, the series was the second-most played rivalry in Division I history, with 120 games being played over the span of 122 years. Missouri holds a slight series advantage at 56-55-9.

In the last meeting of the Border Showdown on November 26, 2011, Missouri defeated Kansas, 24-10, at Arrowhead Stadium in Kansas City. In their time playing in Kansas City, the Jayhawks hold the series advantage, 13-10-3, while the Tigers hold the advantage in Columbia, 30-15-3, and Kansas with the series edge in Lawrence, 26-16-3.

The 2008 version of the Border Showdown will be aired on Spectrum Sports and KU Athletics Facebook live on Saturday, May 2 at 12:00 p.m. CT. Additional listings are available here.