HOUSTON, Texas – For the first time since 2009, the Kansas Jayhawks are 3-0 following a 48-30 victory over the Houston Cougars on Saturday, Sept. 17, at TDECU Stadium.

Kansas returns home next Saturday, Sept. 24, to host Duke in the final non-conference game on the schedule. Kickoff of that game is slated for 11:00 a.m. CT at David Booth Kansas Memorial Stadium with a nationally-televised broadcast on FS1.

Fans looking to attend the Kansas vs. Duke game can purchase single-game tickets in advance to avoid lines on game day. In addition, mini packs and season tickets are available with season tickets starting as low as $185. Tickets can be purchased here. 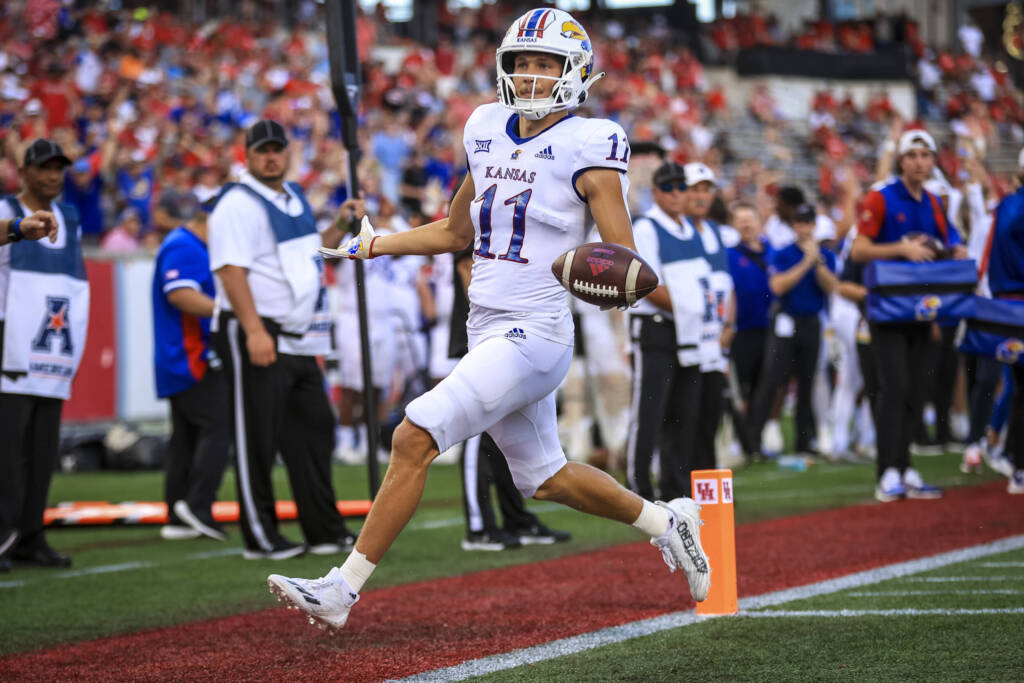 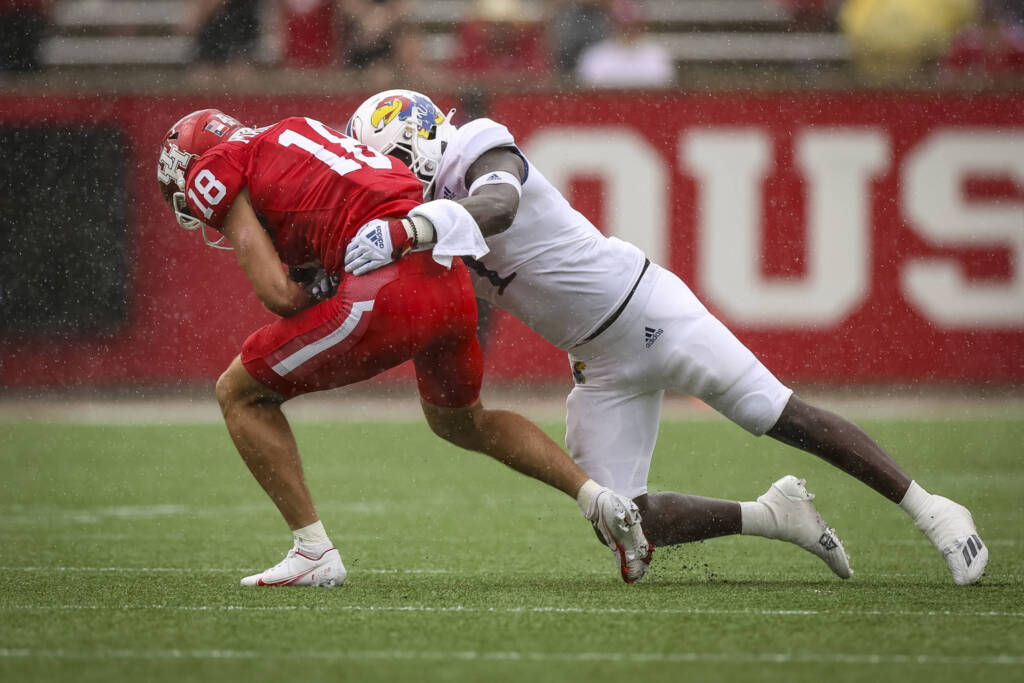 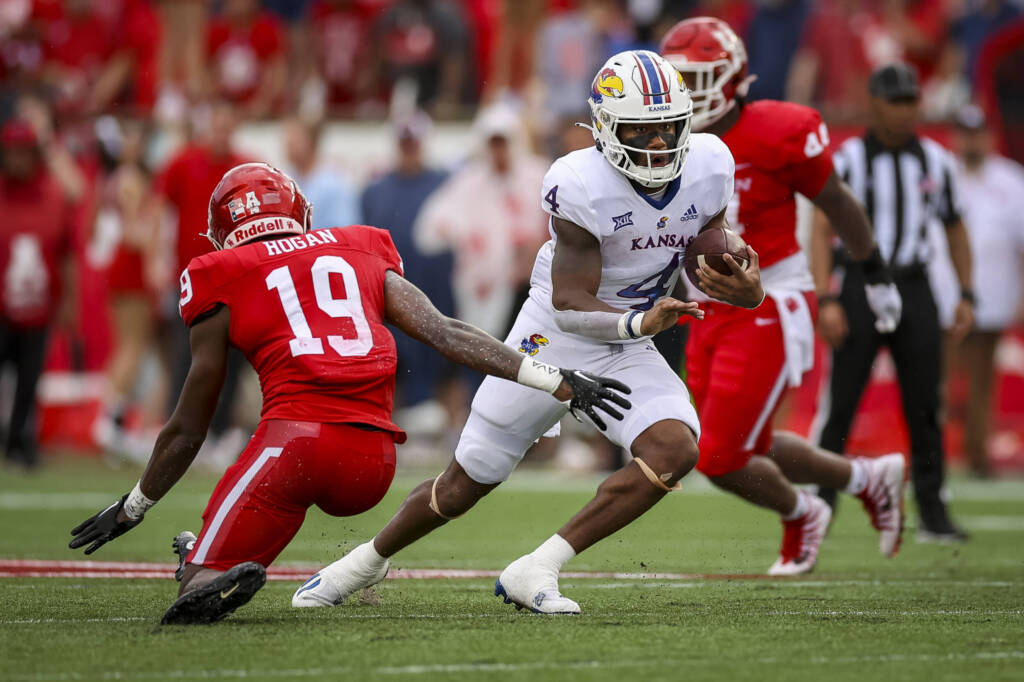 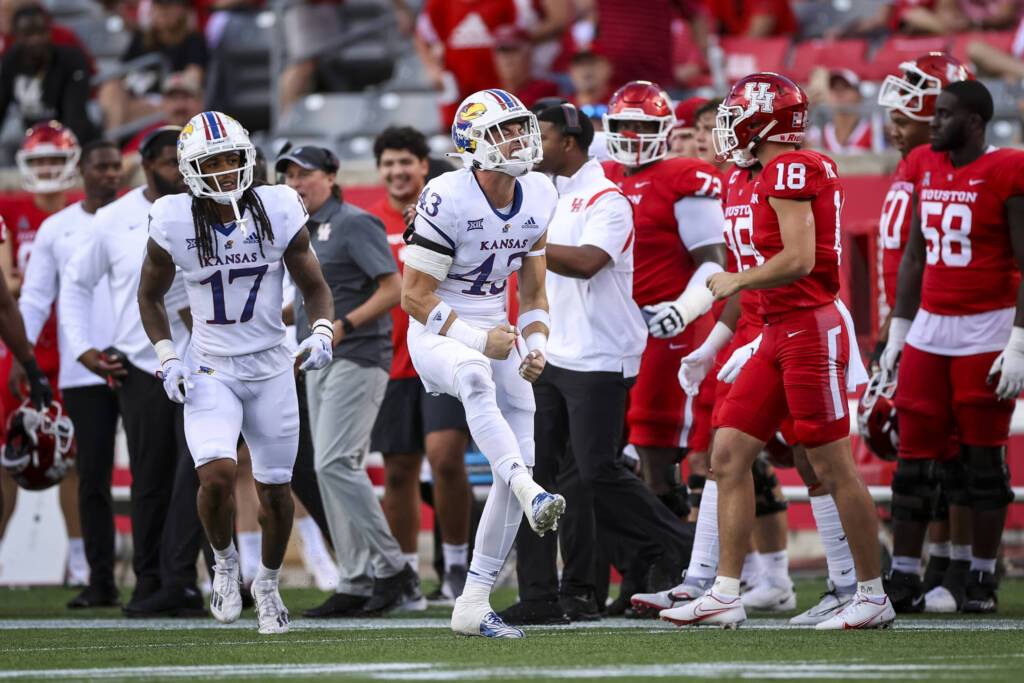 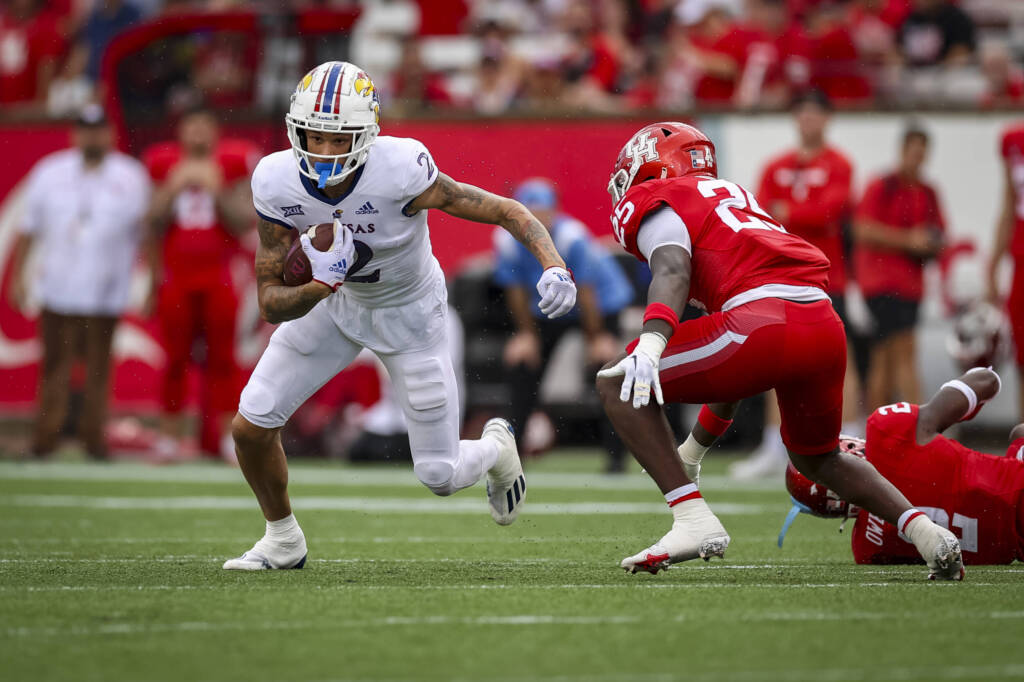 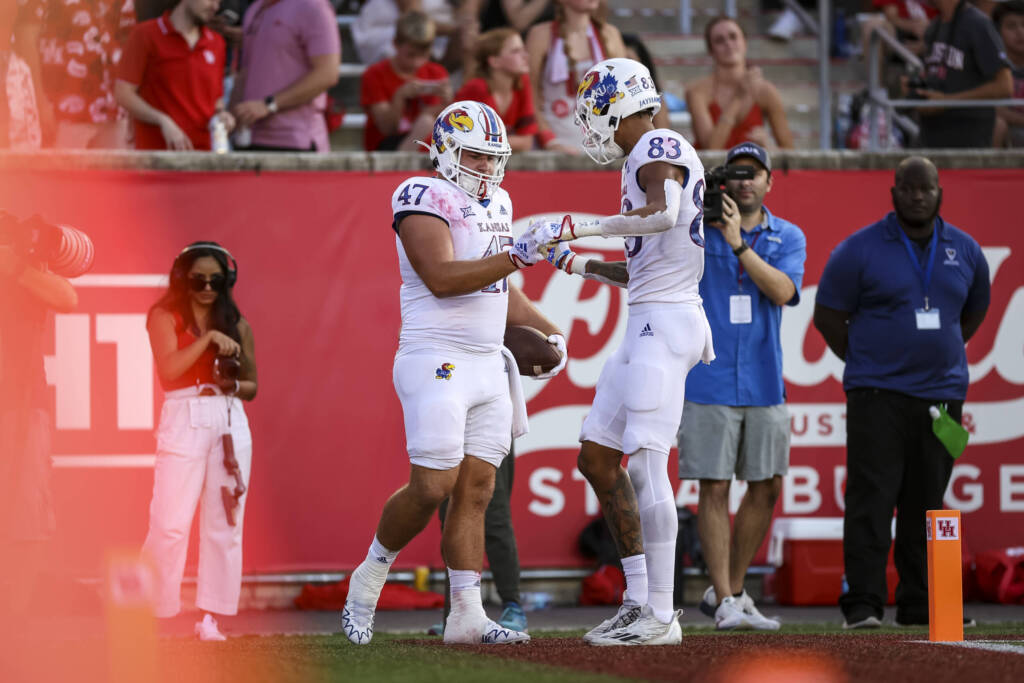 Similar to last week, the Jayhawks had to work from behind early in the game after Houston scored on each of its first two drives to lead 14-0 less than eight minutes into the game.

On KU’s next possession, Daniels led the Jayhawks 75 yards in nine plays for its first score of the game. Kansas ran the ball on seven-of-nine plays in the drive, capped with a 12-yard scoring run by Daniels that made it 14-7 with 2:43 to play in the first.

GET US GOING JD 🔥 pic.twitter.com/Zne74krd6w

The Kansas defense came up with a big play on Houston’s next drive, forcing an overthrow from quarterback Clayton Tune that found the arms of senior safety Kenny Logan, Jr., for his first interception of the season. Logan returned the pick into the red zone and the Jayhawks would move it to the 8-yard line following a penalty against Houston. Redshirt-sophomore running back Daniel Hishaw would score on the next play, tying the game at 14-all with 1:06 to play in the quarter.

KU’s defense forced a punt on Houston’s next possession and the offense was driving again when the game was sent into a lightning delay with 9:21 to play before halftime. On the first play following the delay, which lasted 69 minutes, Kansas scored to take its first lead of the game on a five-yard touchdown strike from Daniels to Luke Grimm, which put KU up 21-14.

The Jayhawks weren’t done, however, as it put together its longest drive of the year to add a fourth consecutive touchdown drive in the half. Kansas got the ball at its own 3-yard line and covered 97 yards in seven plays, the final of which being a 60-yard touchdown pass from Daniels to Torry Locklin, which allowed the Jayhawks to carry a 28-14 lead into intermission.

we are all witnesses 🤯 pic.twitter.com/3qPwESCcr8

Houston scored on its opening drive of the second half, but KU answered with a nine-yard touchdown run from Daniels that made it a two-score game at 35-21. Jereme Robinson then forced and recovered a sack fumble, which set up Kansas with another short field. The Jayhawks would cash in five plays later as Daniels took a handoff from Devin Neal and found Jared Casey for an eight-yard touchdown to extend the lead to 42-21. Houston scored on its final drive of the third quarter, but missed the extra point and KU led 42-27 heading to the fourth.

Each of the first three drives in the fourth quarter ended in field goals, with two for the Jayhawks and one for the Cougars. The Jayhawks then stopped Houston on its final drive to finish off the game and secure the victory.

Kansas, now 3-0 following back-to-back road wins for the first time since 2007, will return to action on Saturday, Sept. 24, against Duke at David Booth Kansas Memorial Stadium in Lawrence.