STILLWATER, Okla. – A suffocating defensive effort that limited the opponent to just 28% shooting on the night lifted the No. 3 Kansas Jayhawks to a 65-50 win over the Oklahoma State Cowboys Monday night inside Gallagher-Iba Arena. Kansas was led in scoring by freshman Christian Braun, who posted 16 points in his first collegiate start as the Jayhawks collected their fifth-straight victory.

MOMENT OF THE GAME
After the Cowboys trimmed KU’s 17-point first-half lead to five points by the intermission, the Jayhawks were once again able to put some distance between themselves and their opponent after the break with an impressive stretch on both ends of the floor. Braun sunk two of his four 3-pointers on the night to kickstart a 16-2 KU run and help his team get its slim halftime lead back to 17 points less than seven minutes after the restart. Kansas went a perfect 5-for-5 from the field in that span, while the Jayhawk defense limited the Cowboys to just one field goal over the first 8:42 of the second stanza.

STAT OF THE GAME
28.1 – The Jayhawk defense limited Oklahoma State to just 28% (18-for-64) shooting for the game, the lowest percentage its opponent has shot this season. It marked the lowest percentage by a Big 12 opponent on its home floor since 2007. The stout defensive effort also helped the Jayhawks hold OSU to 50 points for the game, the fewest points conceded in a road Big 12 game by a KU squad since Jan. 12, 2013, when KU topped Texas Tech, 60-46, in Lubbock.

QUOTE OF THE GAME – Quotes

"“I just knew I had to step up and do what I always do. Being in the starting line-up isn’t much different, You just have to be one of the guys to start it off right.” "

UP NEXT
The Jayhawks return to Lawrence to play the first of two home contests in three days when the Texas Tech Red Raiders come to Allen Fieldhouse on Saturday, Feb. 1. Tipoff is set for 3 p.m. (CT) on ESPN. Kansas is 35-6 all-time against the Red Raiders, however, the two schools have each tallied two wins in the last four meetings. The Jayhawks hold an 18-1 record over TTU in games played inside Allen Fieldhouse.

@christianxbraun makin’ the most of his first career start 🙌 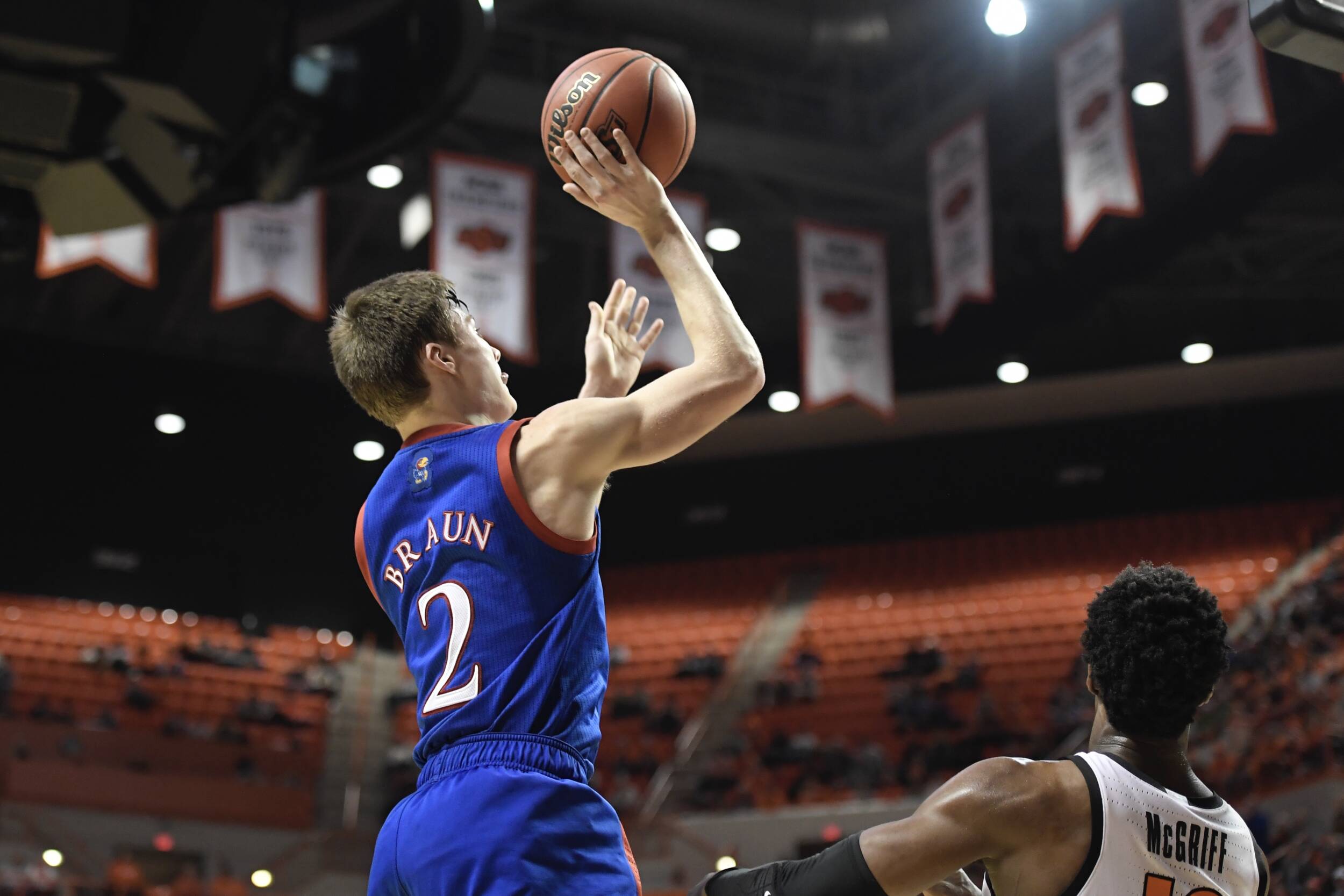 BRAUN with that first start! 👌