The All-Big 12 honors were chosen by head coaches, who are not allowed to vote for their own student-athletes.

"I’m proud of our players and very happy that the nine other coaches in our league felt like we had players who performed consistently enough to deserve recognition. We see every individual honor as team recognition because we play a team sport and these awards are a testament to our players and our program."

Schneider highlights the Jayhawks’ list of honorees following a breakthrough campaign. After being picked to finish 10th in the Big 12 this season, Schneider guided his team to a fifth-place finish with an 11-7 record in Big 12 play. At 20-8 on the year, Kansas has 20 wins going into the postseason for the first time since 1999-2000, which is also the last time that KU won 11 Big 12 games. This season, Schneider has earned two National Coach of the Week Awards: from WhoopDirt.com on Feb. 15 and ESPN.com on Feb. 21. This is the fifth career conference coach of the year award for Schneider, who earned three from the MIAA as the head coach at Emporia State (1999, 2001, 2004) and one from the Southland Conference as the head coach at Stephen F. Austin (2015).

Kersgieter picks up Big 12 postseason recognition for the second-straight season after earning honorable mention last season. She leads the Jayhawks and ranks ninth in the Big 12 in scoring at 13.6 points per game while ranking fourth in the league with 51 steals, an average of 1.9 per game. Kersgieter has led Kansas in scoring 13 times this season and recorded double-doubles against Oklahoma State and Kansas State during conference play. She surpassed the 1,000-point milestone for her career on Feb. 12, vs. K-State and she is currently 27th on KU’s all-time scoring list with 1,068 points and seventh on the all-time three-point field goal list with 139. With her selection, Kersgieter becomes KU’s first All-Big 12 First Team selection since Chelsea Gardner in 2015.

Franklin earns All-Big 12 recognition for the second time in her career after being named to the Big 12 All-Freshman Team in 2020. She is KU’s second-leading scorer at 12.0 points per game while leading the Jayhawks and ranking eighth in the Big 12 with 4.0 assists per game. Franklin has scored 10 or more points in 19 games this season, with a season-high of 25 against West Virginia on Feb. 15. She is also the Jayhawks top free throw shooter, hitting 94-of-110 (85.5 percent) attempts from the stripe this season, which ranks third in the conference.

Jackson claims an All-Big 12 selection following her standout first season in Lawrence as she announced her presence as one of the top defensive players in the league. With 84 blocked shots, Jackson is fourth on KU’s single-season list and second in the Big 12 with an average of 3.00 blocks per game for the year. In Big 12 play, the numbers are even better at 3.4 blocks per game, which is one full block per game higher than any other player in the league. Jackson leads the Jayhawks with 8.0 rebounds per game, ranks fourth in scoring at 8.8 points per game and she’s second on the team with 48 steals.

Schneider becomes the first Jayhawk coach to be named the Big 12 Coach of the Year since Marian Washington received the honor in 1997, the first year of the conference. Jackson becomes the first-ever Kansas player to be selected to the Big 12 All-Defensive Team, which was first awarded in 2006. Kansas has now had three or more players selected to the All-Big 12 team for just the fifth time, first since 2015. 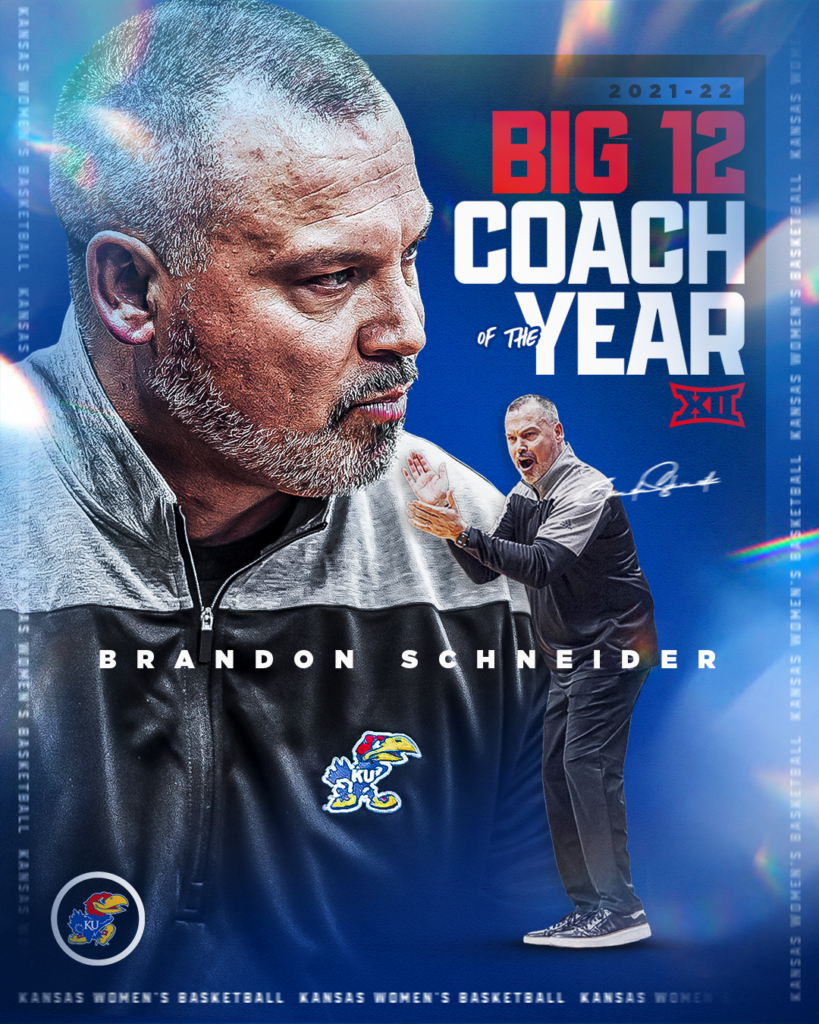 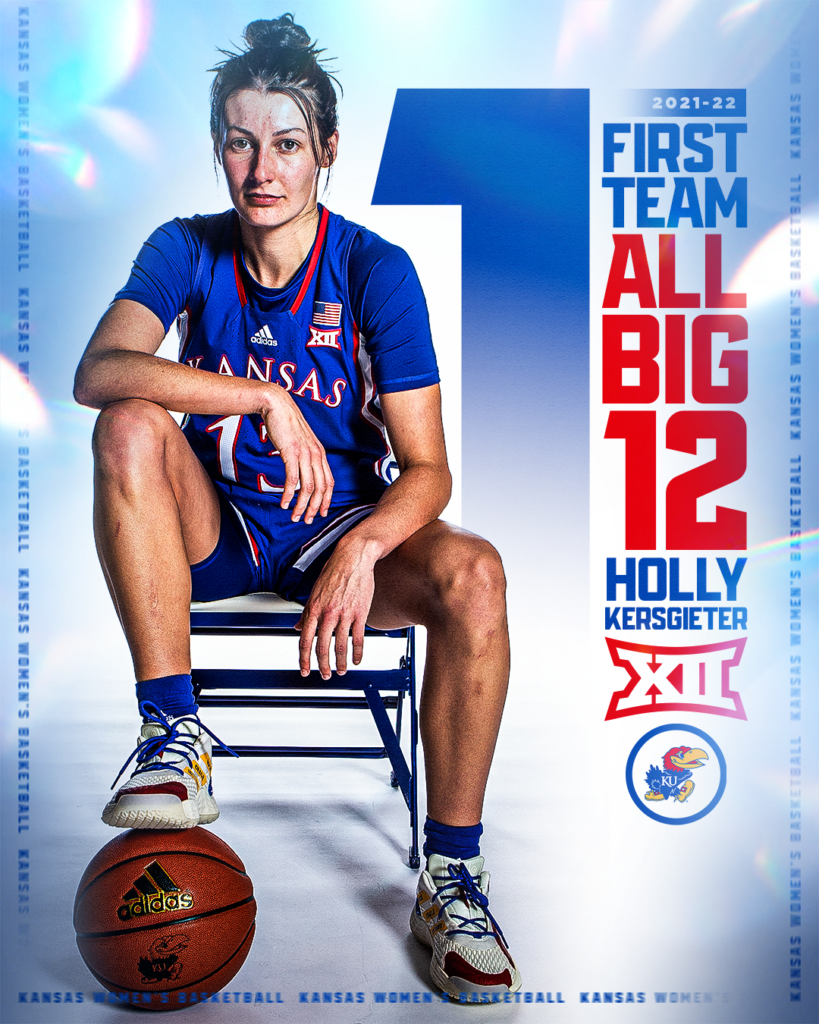 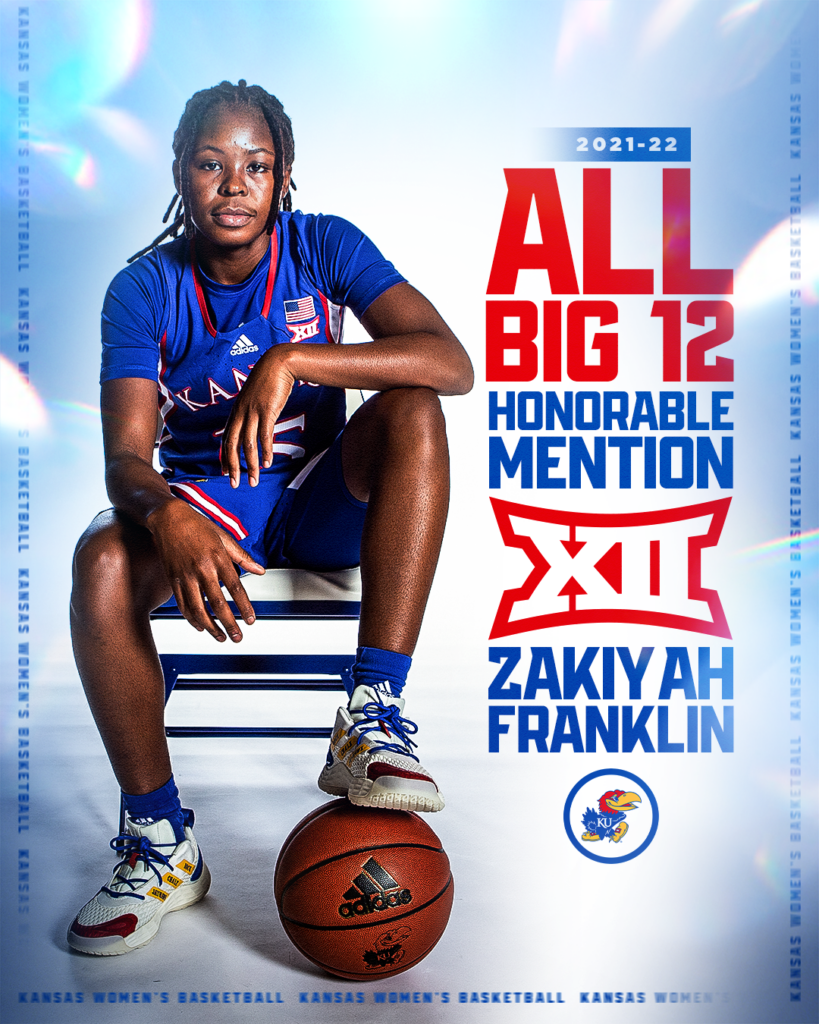 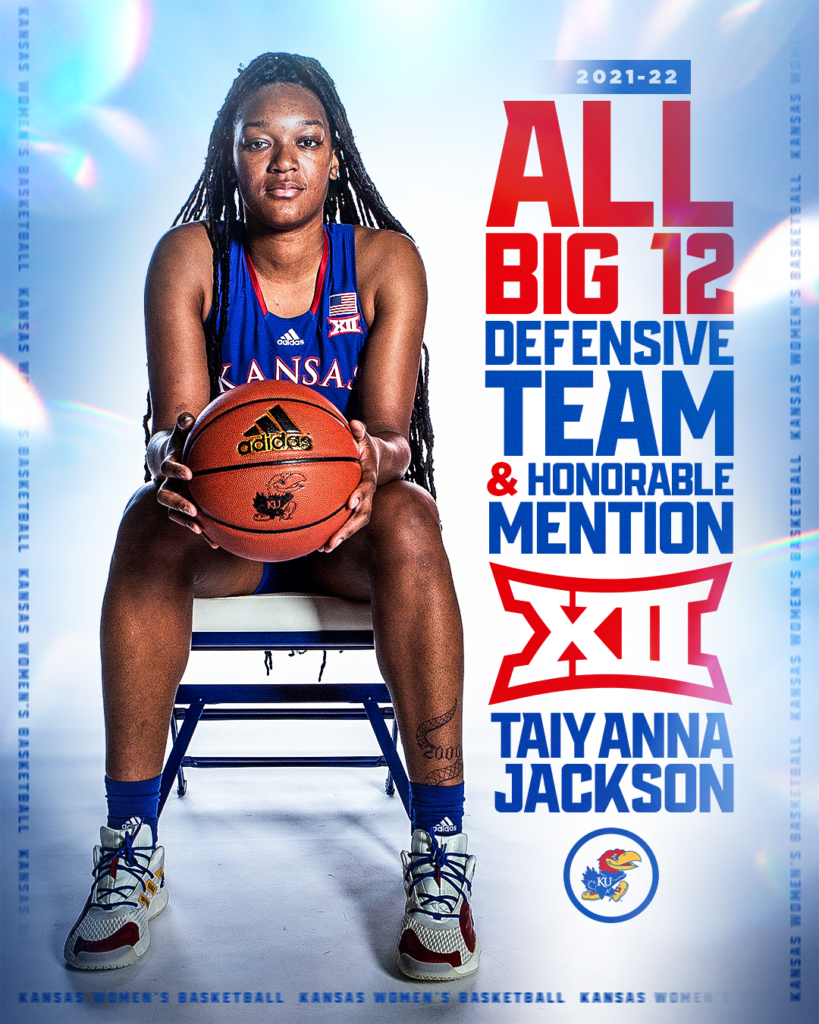