Fans wishing to watch the 2008 Border Showdown re-air, will be able to watch on Midco Sports, Spectrum Sports and Cox Cable (full schedule below).

Not able to watch on one of the networks, or want to interact with fellow Jayhawks on social media? Tune into our Facebook Live broadcast Saturday, May 2 at noon on Facebook.com/KUAthletics to watch the 2008 Kansas vs. Missouri game.

Additional games and matches will be available on Facebook Live through the KUAthletics page in the near future. Continue to check KUAthletics.com and Kansas’ social media channels for more information on Facebook broadcasts. 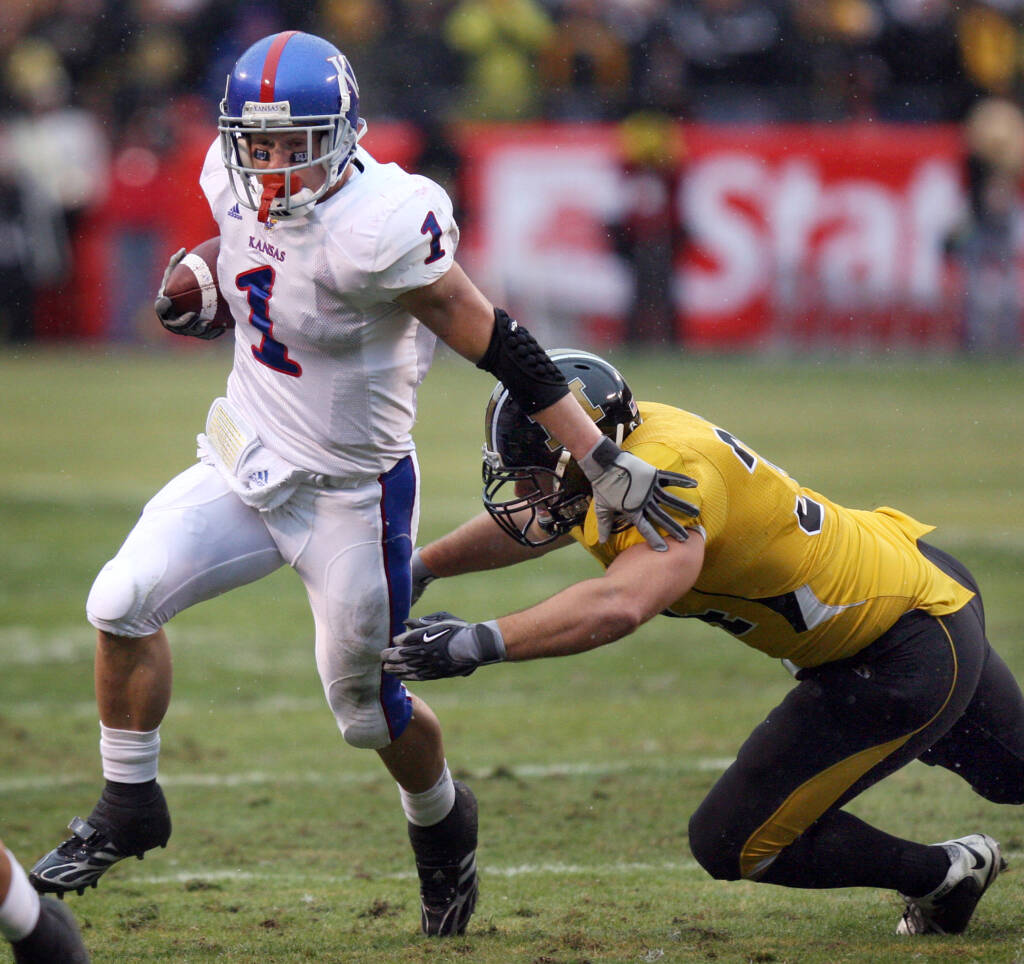 On the impact of the seniors:

“They’ll go down in history for the simple reason that they were bowl-eligible for four years. They’ve reached milestones in their time here. I think our seniors would like to go out known as winners. With the last scheduled game of the year coming up, I think they’d like to go out as winners. I don’t think today left a very good taste in their mouth.”

On the Missouri game:

“We are just going to go out and play hard because it is a big rivalry for us. We look forward to playing Missouri every year. Win or lose against Missouri we will just have to wait and see what the bowl committee has to say in regard to our fate.”