Bailey Blood, a former scholarship student-athlete at the University of Kansas, raced for the Jayhawks all four years. She finished her athletic career stroking the Kansas 1st Varsity 8. After graduation, she spent two years as a graduate assistant coach for the Jayhawks aiding in recruiting, operations and coaching of the newest Jayhawks. She then served as the First Assistant Coach and Operations Coordinator for the University of Tulsa Women’s Rowing team for the 2021-22 season. Her passion and history of Kansas Rowing greets her as a great fit for the program under coach Cook-Callen.

“We are thrilled that Bailey has decided to return home to Lawrence and join the staff here at KU. As a former Jayhawk rower and experienced coach at a Division I program, Bailey brings a lot of things to her role that set her apart from other boathouse managers. Furthermore, we are excited that the young women who row at KU get to see a fantastic female role model in this position.” – Carrie Cook-Callen

Joe DeLeo began rowing at the age of 12. He rowed for George Washington University and was named MVP his senior year. Upon graduation, DeLeo served as a graduate assistant coach for Syracuse Men’s Rowing team for three years.

In 2014, DeLeo launched his business, LEO Training, consulting with junior and collegiate rowing programs on his LEO Training podcast. Deleo was named the Head Strength and Conditioning Coach for the Portuguese Rowing Federation in 2018 and has since helped Portugal win a total of 10 medals at prestigious events, such as World Cups and the European Championships, and helped Portugal qualify for the 2020 Olympics in the LM2x. In August of 2020, DeLeo co-founded and launched The Science of Rowing, which is an internationally recognized, online clearinghouse for rowing-related scientific research publications.

DeLeo earned a Master of Science in Sports Performance with First Class Honors from the University of Limerick in 2021. His current research interests include athlete monitoring and field-based assessments, the endocrine system, blood lactate analysis, improving force and power through strength and conditioning for endurance athletes. In addition to his role as a Volunteer Assistant Coach with Kansas Women’s Rowing, DeLeo is a PhD student in Exercise Physiology in the Jayhawk Athletic Performance Laboratory at the University of Kansas.

“Joe Deleo has made a name for himself in the rowing community as someone who is committed to researching and teaching the most advanced topics related to high performance rowing. His commitment to knowledge and understanding of physiology and training methodology will have an immediate impact here at KU and will help us continue to elevate our program to the level of a top tier Division I program.” – Carrie Cook-Callen

Andreas Sloth, a visiting international student from the University of Copenhagen working toward a Master’s in Sports Science, is completing coursework at KU’s renowned Department of Health, Sport and Exercise Science, which will be awarded by the University of Copenhagen. Andreas is currently the head coach for the senior women and U23 women at Denmark’s largest rowing club, Danske Studenters Roklub. Additionally, Sloth has spent the last five years working as a Project Coach for U19 and U23 Danish National Team. Specifically, he served as the coach for the Danish Women’s 4X at the 2017 and 2018 U19 World Championships. He then served as the coach for the Danish Women’s 4- at the 2020 U23 World Championships and then coached the Women’s 2- at both the 2021 and 2022 U23 World Championships.

Loretta Brueckner hails from Minden, Germany where she attended Herder-Gymnasium. Brueckner was a four-year rower at the University of Miami before transferring to the University of Kansas to complete her fifth year of eligibility competing as a Jayhawk. As a member of Bessel-Ruder-Club in her hometown of Minden, she won a German National Championship in the U17 4- in 2013. Brueckner is completing her graduate studies in the KU School of Business.

“Loretta brings vast international experience to Kansas Rowing that can aid this team in our path to the podium at Big 12’s. Our great team culture is a fantastic landing place for rowers from abroad who are seeking a place to further develop and compete at the highest levels here in the United States.” – Carrie Cook-Callen 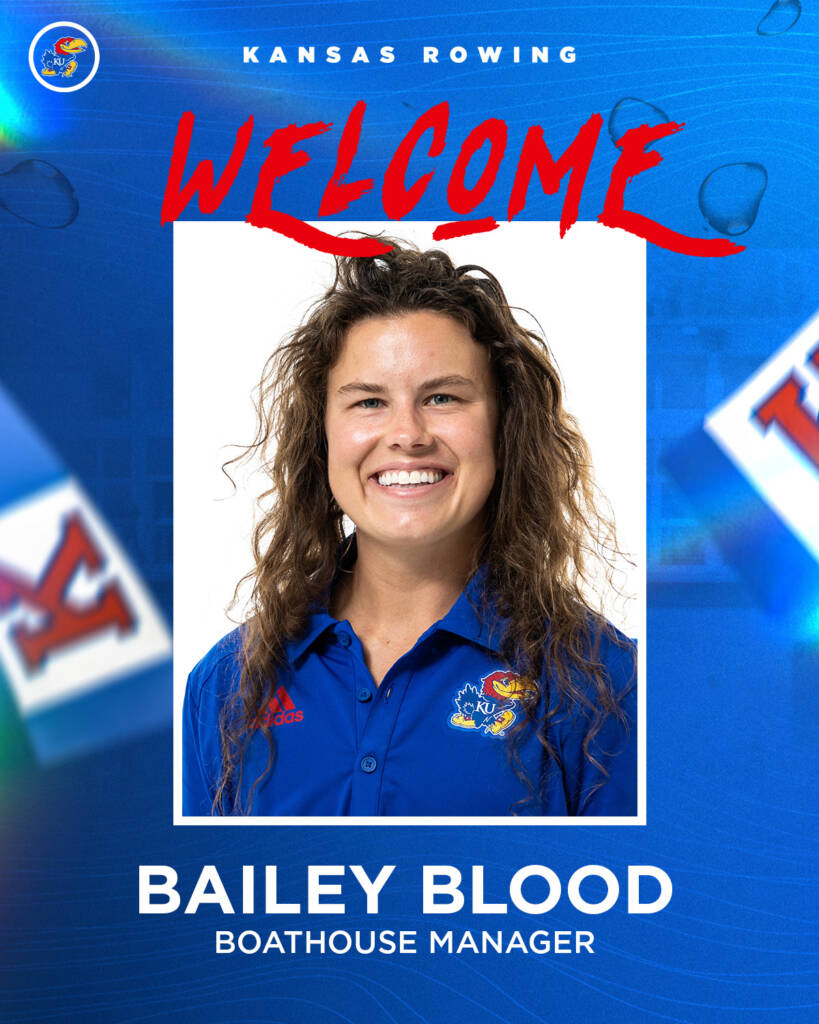 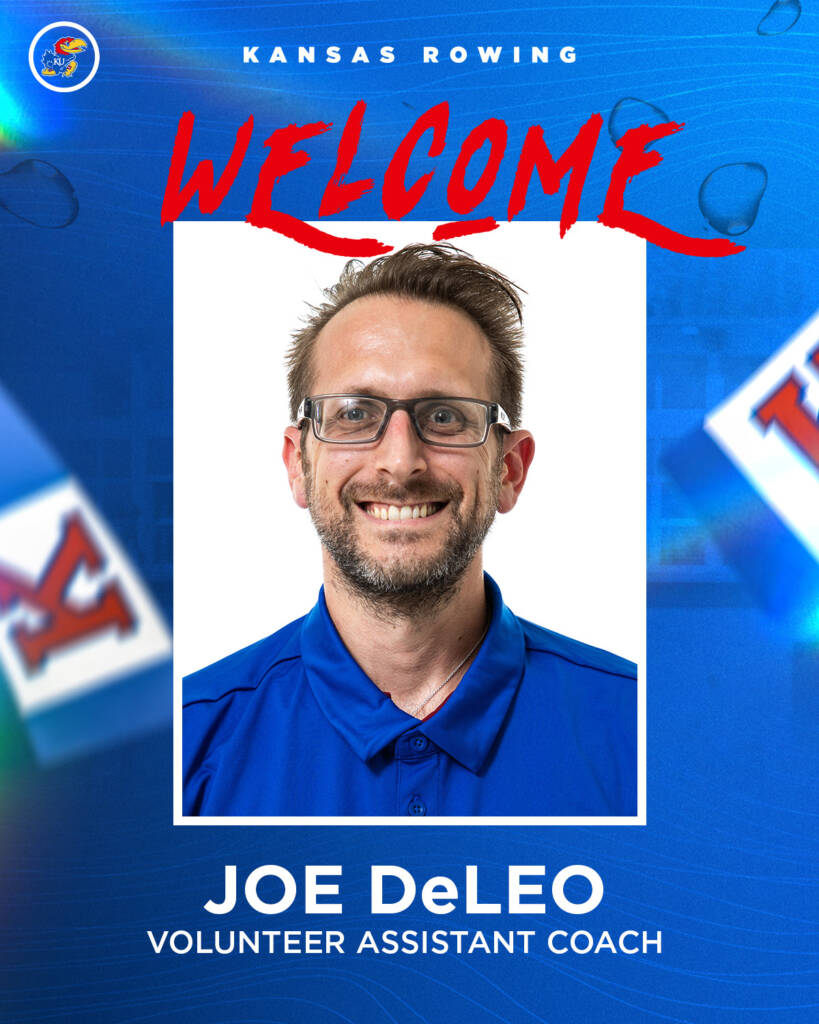 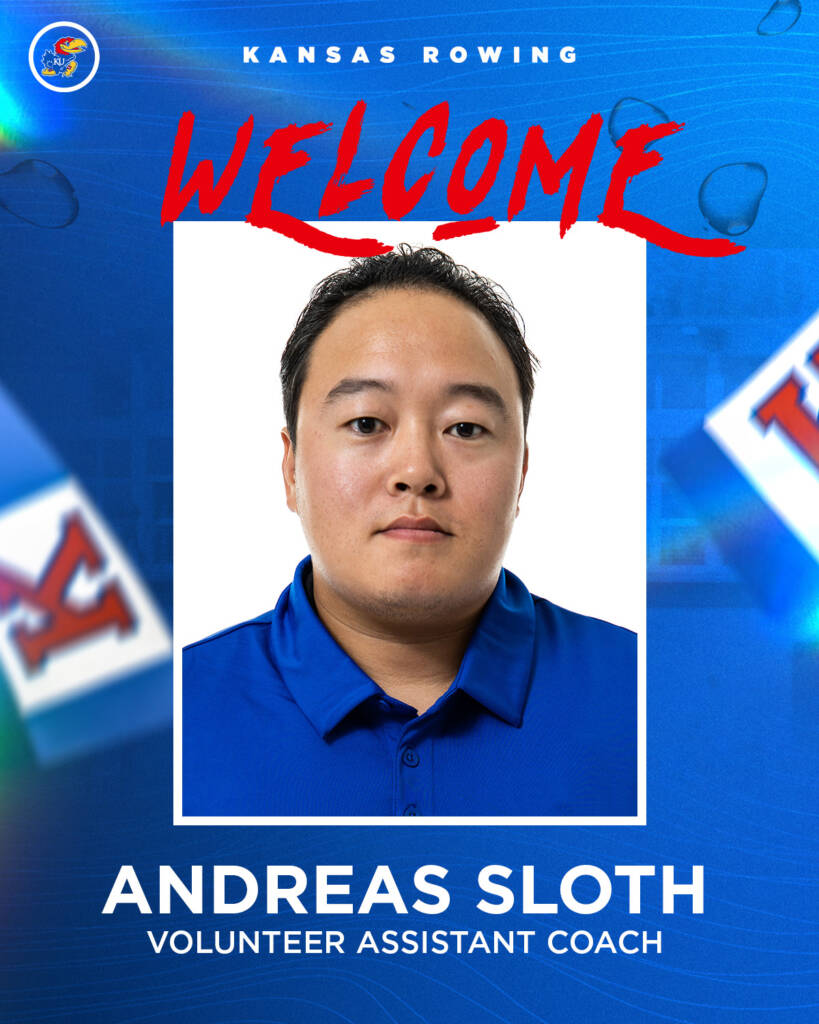 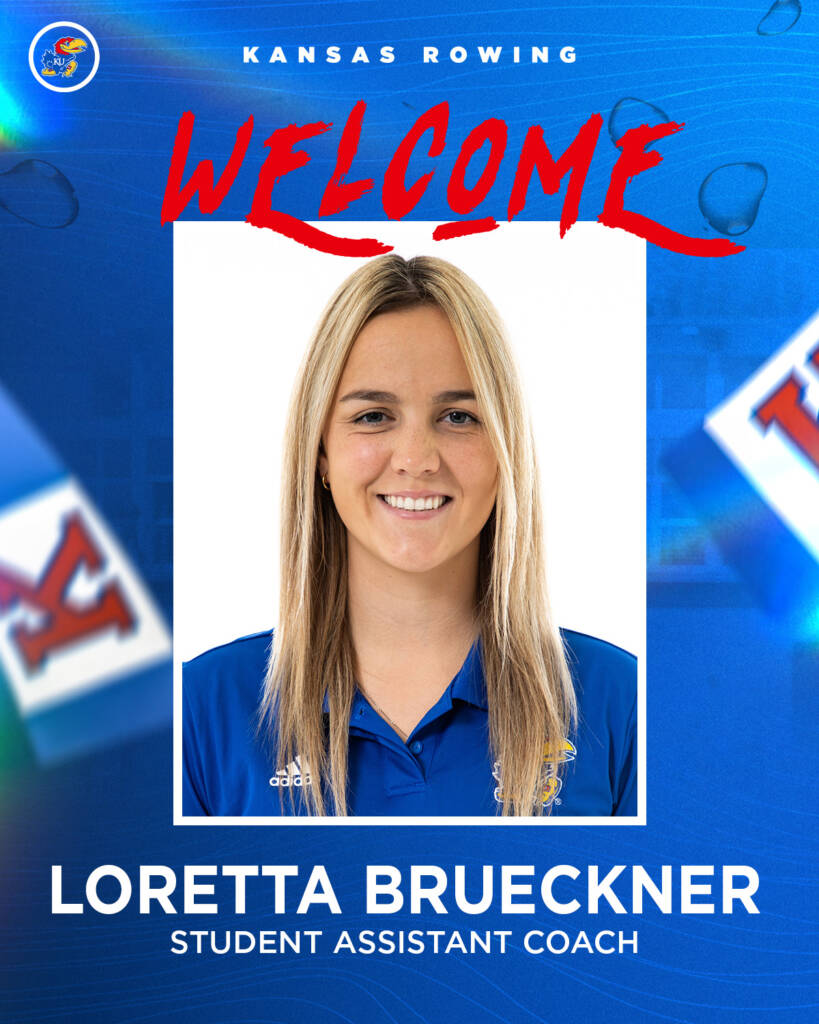