“I’m super excited about the class this year,” said Francis. “I think we will get substantially more athletic with the group we have coming in. I’m also really excited that five of the six are local players from the area. The way that we try to play technically, I think all the players coming in will fit really well into our style of play. All six of the group potentially can come in and challenge to get on the field, with some of them challenging to actually start. We have nine starters returning so I think that’s really good for us next year in terms of the competition in every spot.” 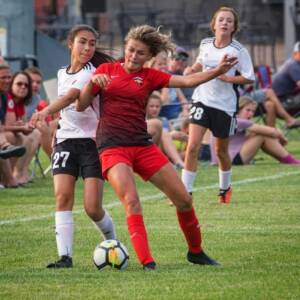 "Hazel is a very quick defender. She has mostly played wide for her club team and will challenge right away in that spot at KU. She could also potentially play in the center back spot, especially the wide position in a three-back system. Hazel is very comfortable on the ball and is good at getting out of tight situations. She looks to possess out of the back and will fit in well with our style of play." 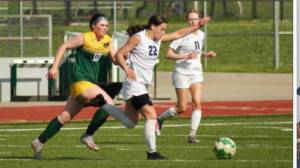 "Mackenzie is a very versatile central midfielder. She has mostly played the number six spot for her club, but is equally adept in the number eight spot. She is a very technical player and is extremely good getting out of tight space. One of the things I love about Mackenzie is her tenacity defensively. She will add some bite and technical ability to our midfield and will challenge to get on the field right away in several spots in the center of the park." 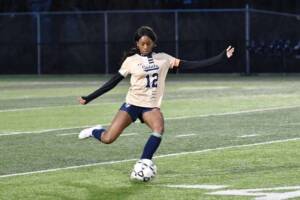 "Assa will add a different level of athleticism to our team. She is very quick in tight space as well as over longer distances. She has played mostly in the center back position with her club and will challenge right away for us in that spot. Assa also has the ability to play out wide and could potentially help us in that spot. She is very comfortable and composed on the ball and looks to play out of the back in possession which fits very well with how we want to play." 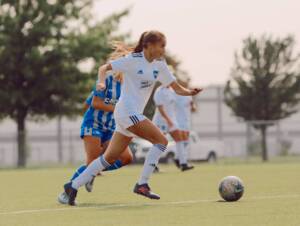 "Mo is a quick and very dynamic player. She has a great motor and can get up and down the line for 90 minutes. A very technical player, who has the ability to beat players 1v1 in the attacking phases of the game, she has a great mentality defensively and I love the way she battles. She typically plays wide for her club team and she will challenge to play wide for us immediately. She is also versatile and could potentially help us in a couple of other positions too." 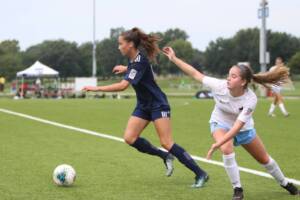 "Lexi is a fast, powerful, and dynamic forward. She has a fantastic mentality about taking players on and is a threat in and around the goal. She also has great work ethic defensively and is very combative when the opponent has the ball. Lexi has the ability to finish in front of the goal and will be a scoring threat for us. Lexi will challenge to get on the field immediately as a forward and also potentially out wide." 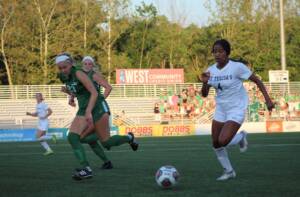 "Saige is extremely quick over short distance, but also over longer range and adds a threat to stretch the opponent to our front line. She has a great defensive mentality which is not always the case with attacking players. I love how feisty Saige is on both sides of the ball and she makes things happen out of nothing. Saige will challenge immediately to get on the field as a forward. but also potentially out wide depending on the system we are playing."