The Jayhawks started strong out of the gate, putting together an eight-play, 65-yard drive, capped off with a Khalil Herbert 41-yard touchdown run that put Kansas up 7-0 early in the first quarter.

It was KU’s rushing attack that kept the Jayhawks within striking distance of the Chanticleers. Sophomore Pooka Williams finished with 22 carries and 99 yards in his first game of the 2019 season. Meanwhile, Herbert tallied 82 yards on eight carries.

Defensively, junior linebacker Dru Prox led the effort as he ended the game with a career-best 11 tackles.

Next up for the Jayhawks is their first road affair of the season as they travel to Chestnut Hill, Massachusetts to take on Boston College on September 13 at 6:30 p.m.

Q1 | 11:32 – KANSAS 7, COASTAL CAROLINA 0
Senior running back Khalil Herbert ripped off a 41-yard run down the Kansas sideline for the game’s first score – his first touchdown of the season. 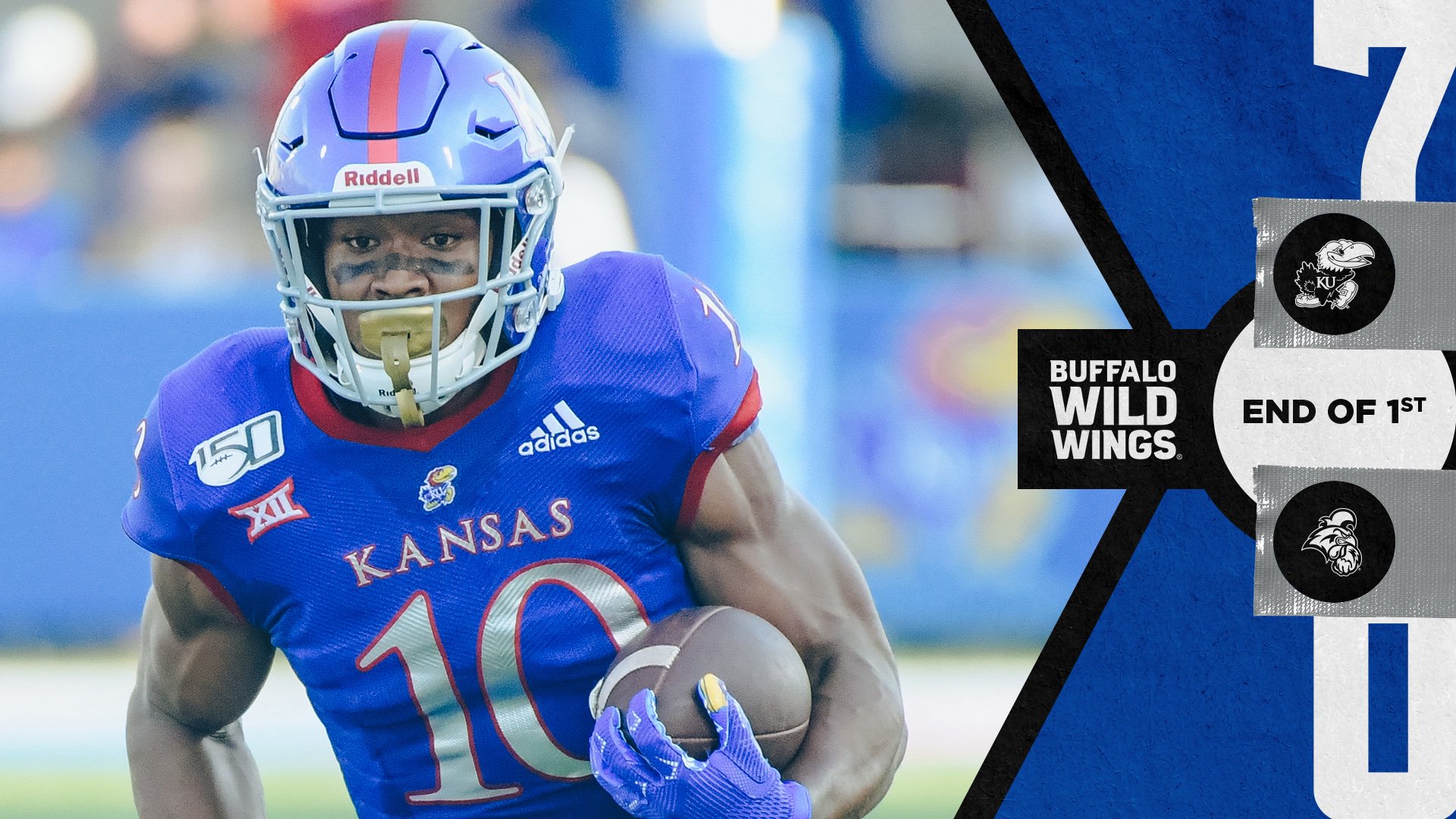