“I am extremely excited about this staff that is coming to Kansas,” Fitzgerald said. “All three of these men are excellent leaders, developers and recruiters. It’s critical to bring in a group that has worked in different settings and can combine their philosophies to teach our student-athletes. The knowledge and hard work this coaching staff will bring to the program will help us compete in the Big 12 on an annual basis.”

Scott comes to Kansas after spending the last six seasons at Southern Illinois-Edwardsville as the Recruiting Coordinator/Pitching Coach. His pitching staff lowered its team ERA in each of his first four full seasons with the Cougars. Since SIUE moved to the Division I level in 2009, Scott’s group set a new season team record for opponent strikeouts in both 2018 and 2019. Prior to the cancelation of the 2020 season, SIUE ranked sixth in the nation in strikeouts per nine innings pitched.

Scott also held the title of Recruiting Coordinator/Pitching Coach at both Wabash Valley College (2014-16) and Des Moines Area Community College (2007-10) as well as Volunteer Assistant at Eastern Kentucky (2006–07). Fitzgerald and Scott worked on the same staff at DMACC from 2007 to 2010.

In 2015, Wabash Valley claimed the Region XXIV championship while finishing the season 47-13. Scott’s pitching staff finished the year with a 2.40 team ERA, while recording 506 strikeouts in 465 innings of work. In Scott’s time at Wabash Valley, 19 pitchers continued playing at a higher level as eight pitchers from the 2016 team moved on to NCAA Division I schools, and 11 pitchers moved on to the Division I level following the 2015 season.

During his tenure at Des Moines Area Community College, the team advanced to the National Junior College Athletic Association Division II World Series in 2008 and 2009. Scott recruited and coached 13 players who were selected in the MLB Draft and 24 who signed with Division I institutions.

A native of Henderson, Kentucky, Scott earned his associate’s degree from Wabash Valley College in 2002 and his bachelor’s degree in general studies from Eastern Kentucky University in 2006. Scott played two seasons at Wabash Valley College in 2001-02 and two seasons at Eastern Kentucky in 2003-04. Scott, and his wife, Denise, have one daughter, Reese.

Fitzgerald on Scott: “Brandon and I worked together at Des Moines Area Community College for three seasons. His experience and success recruiting and developing pitchers is why he was one of my first calls when I accepted the job at KU. His familiarity of the Midwest region and ability to identify top pitchers will be essential in bringing some of the best talent to Kansas.” 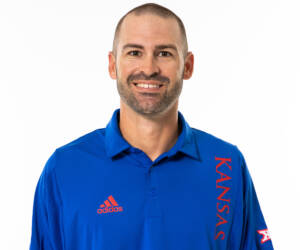 Hancock joins the staff after two seasons as an Assistant Coach at California Baptist University where he served as the recruiting coordinator and worked with catchers, infielders and outfielders. During his two years at CBU, the program went 76-36 with a 47-19 mark in conference. They also won a share of the 2021 Western Athletic Conference regular season title with a 29-7 league record.

Fourteen CBU players earned All-WAC honors over the past two seasons under Hancock’s tutelage, including Damon Keith being named the WAC Player of the Year in 2021 and Harrison Spohn receiving WAC Defensive Player of the Year in 2022, while also leading the conference in doubles. During Hancock’s tenure as hitting coach, the 2022 Lancers led the WAC in batting average, on-base percentage and slugging percentage. The Lancers’ batting average ranked third in the nation.

A native of Washington, Oklahoma, Hancock earned an associate’s degree from Cowley County Community College in 2010 before graduating with a bachelor of arts in sports communication and a minor in pre-law from Newman University in 2013. In 2016, Hancock received a master’s of education in sport management from Southwestern Oklahoma State University. Tyler, and his wife, Natalie, have one son, Tucker, and one daughter, Josie.

Fitzgerald on Hancock: “Tyler is a bright, rising star in college baseball coaching. I had the opportunity to work with Tyler for a season at Dallas Baptist where he was an excellent addition on the staff, just like he will be here at KU. Tyler was an outstanding college baseball player and hitter. He will be able to instill his hitting knowledge into our student-athletes to help make us one of the best offenses in the Big 12.” 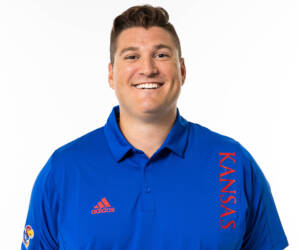 Coyne arrives at Kansas following four seasons at University of New Mexico as the Infield Coach/Recruiting Coordinator. He was also responsible for working directly with the hitters where his team’s batting average was at least .285 every year.

Coyne’s recruiting efforts resulted in the highest ranked high school class in program history in 2020 as the group was ranked 33rd by Perfect Game on signing day. His JUCO signing classes also received high marks by Perfect Game as the 2022 class was ranked No. 20 and the 2020 class came in at No. 22.

While at Howard, Coyne helped develop 38 players that transferred to Division I programs and had four players selected in the MLB Draft. Howard helped the team post a 71-42 overall record and made regional appearances in each of his two seasons at Howard. In 2018, Howard led all NJCAA programs in home runs with 131.

Coyne’s two seasons at Cisco were highlighted by an appearance in the 2016 NJCAA World Series and an NJCAA Region V Championship that year. Cisco had a 90-30 record and made regional appearances in both of his seasons. Coyne assisted in sending 41 student-athletes to Division I schools and had 11 players picked in the MLB Draft.

A native of Fort Worth, Texas, Coyne played collegiately at El Paso Community College (2008-09) and at University of Texas Rio Grande Valley (2010). He graduated in 2012 from University of North Texas with a Bachelor of Arts in General Studies.

Fitzgerald on Coyne: “Jon is one of the best recruiters in the country and that’s one of the reasons I asked him to come to Kansas. His ability to connect with student-athletes and develop them into great baseball players and men is extraordinary. Jon’s recruiting roots are in the south and we will use his expertise in that region to identify and sign top talent.” 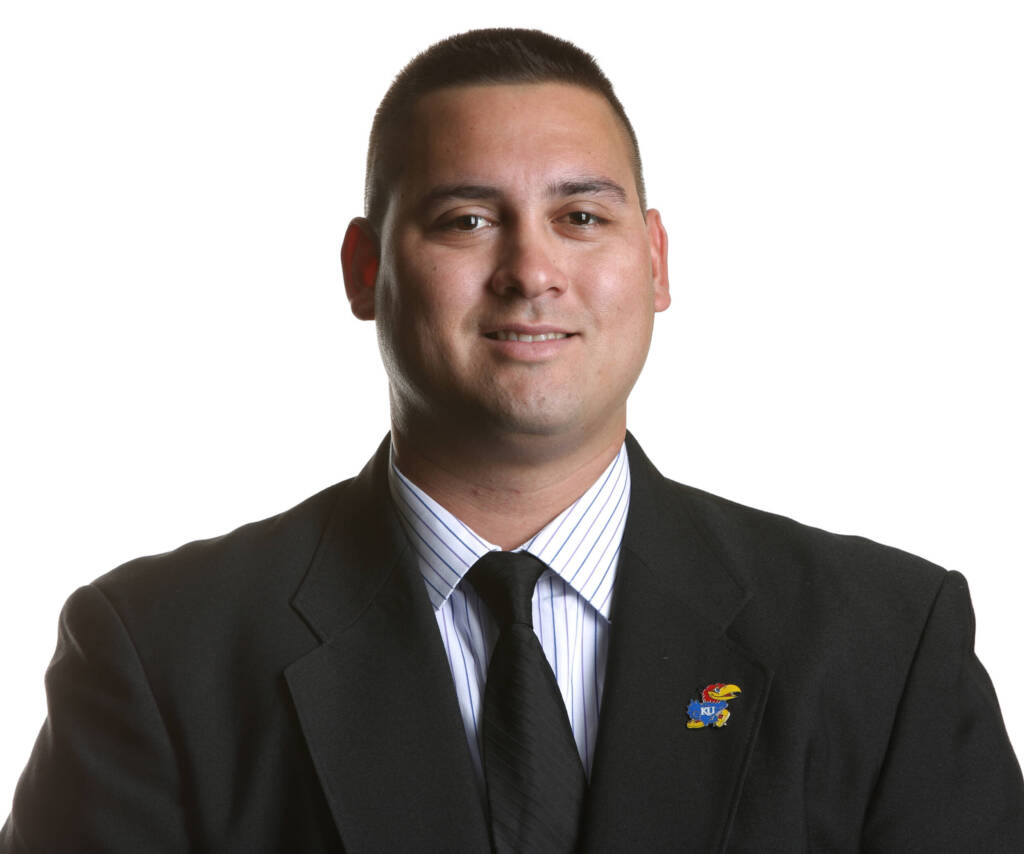 Marciel will enter his ninth season as the Director of Baseball Operations. Marciel originally joined the staff in August 2014 and recently completed his eighth season in the role. He is in charge of helping coordinate travel and meals, managing the operations of all Jayhawk baseball camps, providing logistical support at games and incorporating analytical technology into student-athletes development. A native of Kailua, Hawaii, Marciel attended Kansas and pitched five seasons for the Jayhawks from 2007-11.

Fitzgerald on Marciel: “Wally has been an integral part of the day-to-day behind the scenes efforts for Kansas Baseball over the last eight seasons. His relationships with the student-athletes, baseball alumni and community will be invaluable to our whole staff.”