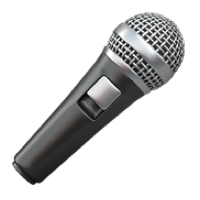 FORT MYERS, Fla. – The Kansas Jayhawks earned their first victory of the 2020-21 season behind a career-game from sophomore Christian Braun, who scored a career-high 30 points and 9 rebounds, as No. 6 Kansas defeated Saint Joseph’s, 94-72, in the second round of the Rocket Mortgage Fort Myers Tip-Off on Friday.

Braun led the Jayhawks with a career-high 30 points on 10-of-13 from the field, 9 rebounds and 3 assists. Braun was joined by Jalen Wilson (14 pts.) and Ochai Agbaji (18 pts.) in double-figures scoring.

After trailing by as many as seven in the first half, Kansas used an 8-0 run, spurred by Braun who scored six-straight points for the Jayhawks, including two-straight 3-pointers, to give Kansas the 28-27 lead with 8 minutes left in the first half.

The Jayhawks would use that run to propel them to their largest lead of the first half, 39-30, behind a 19-3 run over 5:06, which started on Braun’s pair of 3-pointers.

In the second half, the Jayhawks continued to press on after Saint Joseph’s drew close, as KU extended its lead to double-digits at 65-55 with 10:52 remaining in the game. During the run, Braun scored five-straight points on a layup and pull-up three-pointer, with his 3-pointer surpassing his previous career-high in scoring of 20 points, set against Kansas State on January 20, 2020.

Trailing by seven in the first half, the Jayhawks fought back behind a 19-3 run over 5:03 to take over the lead. The run began on a pair of 3-pointers by Braun and helped KU to a 44-36 lead as the teams went to the locker room. The Jayhawks would go on to pull away in the second half, led by Braun’s 30 points. In the final minute, KU registered its largest lead of the game at 94-68, before the final of 94-72.

STAT OF THE GAME

Kansas will continue its road trip as it travels to Indianapolis, Indiana to take on the Kentucky Wildcats in the State Farm Champions Classic on Tuesday, December 1. The game will be the 32nd in the series history between the two Blue Bloods and will tip-off at 8:30 p.m., CT on ESPN.