OMAHA, Neb. – Kansas volleyball won its second straight match to open up the season on Tuesday night by sweeping the Omaha Mavericks 3-0 inside Baxter Arena.

After going up 2-0 through the first two sets, where the Jayhawks outscored the Mavericks 50-27, Kansas found themselves trailing 12-7 early in the third set. However, Kansas used a 6-1 run to tie it up at 13-13 and carried that momentum into the second half of the set. After a back-and-forth stretch, the Jayhawks pulled out the 25-23 set victory following a service error by the Mavericks.

Next up for Kansas will be the UCF Challenge where the Jayhawks will play three matches in three days (September 6-8) in Orlando, Florida.

The Jayhawks celebrate their 3-0 victory over the Mavericks to move to 2-0 on the season. 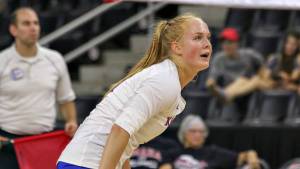 After clawing their way back into the set, the Jayhawks have taken a 19-18 lead down the stretch! Allie Nelson leads the team with 12 digs.

Nielsen leads the team with 23 assists in the match and has helped the Jayhawks come back to tie Omaha in the third set at 13-13. 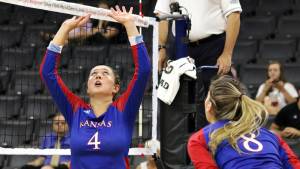 Kansas takes advantage of the long rally and claims another point.

The Jayhawks have built a 20-16 advantage in the second set. Gracie Van Driel leads the team with seven kills. 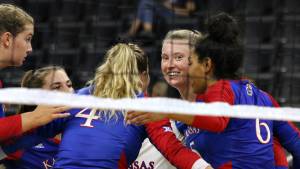 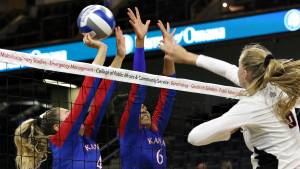 Zoe Hill and Sara Nielsen with the block assists helping to give the Jayhawks the 15-9 lead in the second set.

Back-to-back attack errors by Omaha pushes the Kansas lead to 18-8. 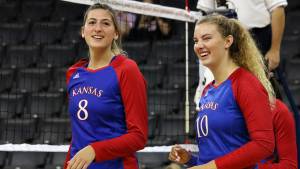 In her first career start, Carrier already has two blocks and one kill midway through the first set!

30 MINUTES UNTIL FIRST SERVE
Only 30 minutes until Kansas at Omaha for the second match of the season for the Jayhawks.

PASS AND SERVE
The Jayhawks continued their preparation for Omaha with a pass and serve session in Baxter Arena. 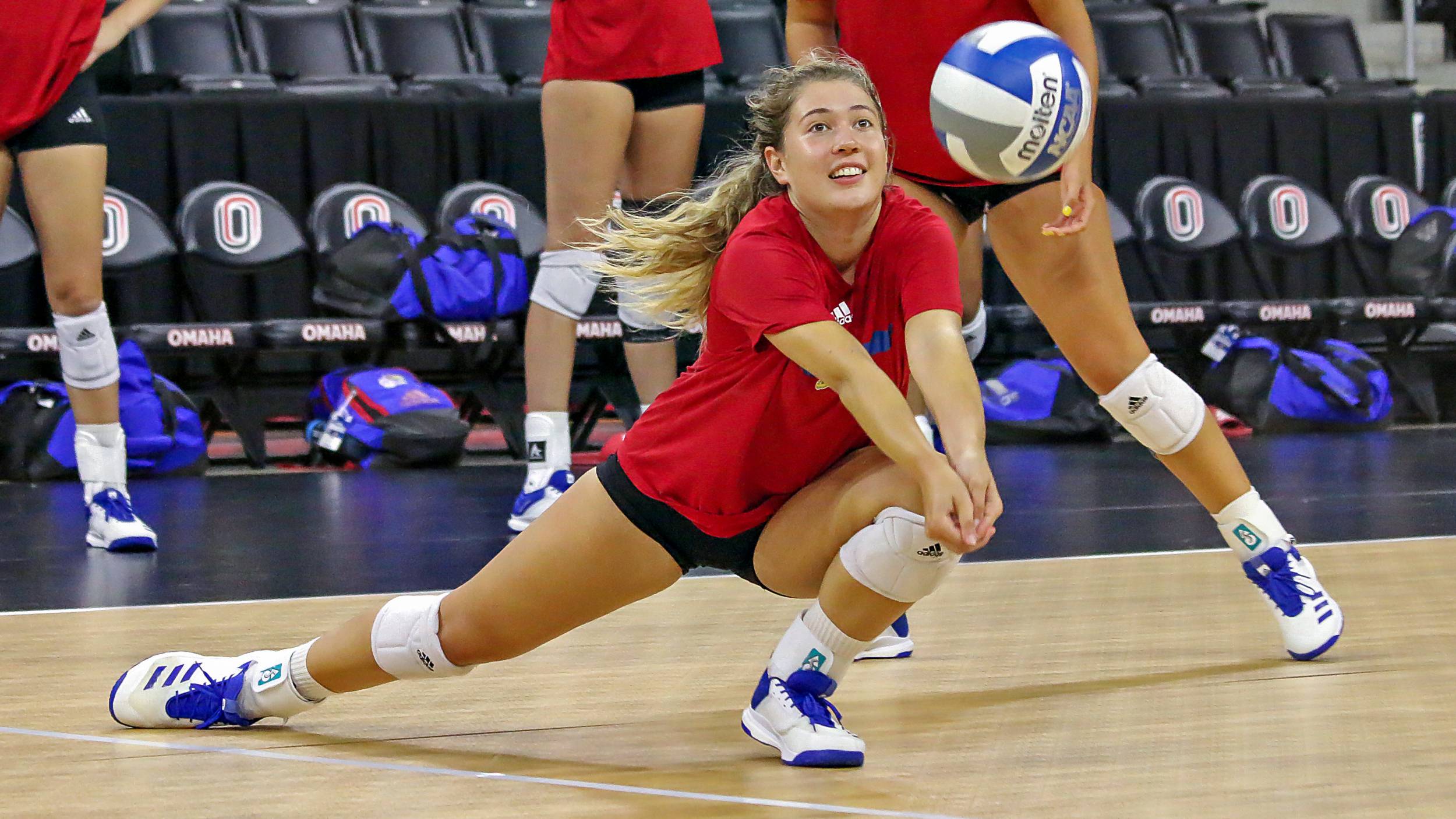 FOLLOW ALONG
Kansas’ second match of the season at Omaha starts at 6:30 p.m., and can be viewed on OMavs.com or listen in on the Jayhawk Radio Network. 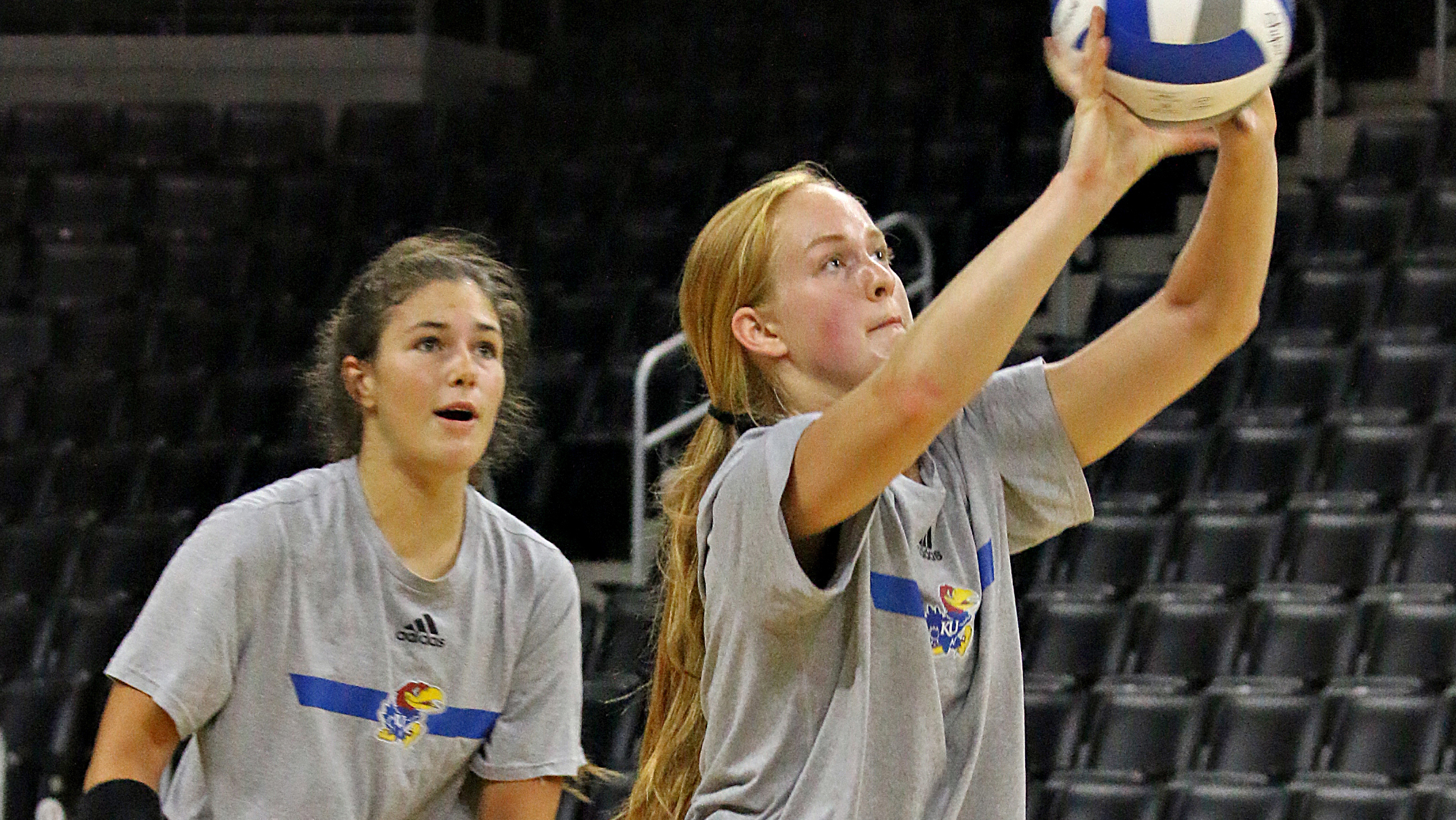 ARRIVED IN OMAHA
The Jayhawks arrived in Omaha Monday, Sept. 2, and went to practice shortly after arrival. 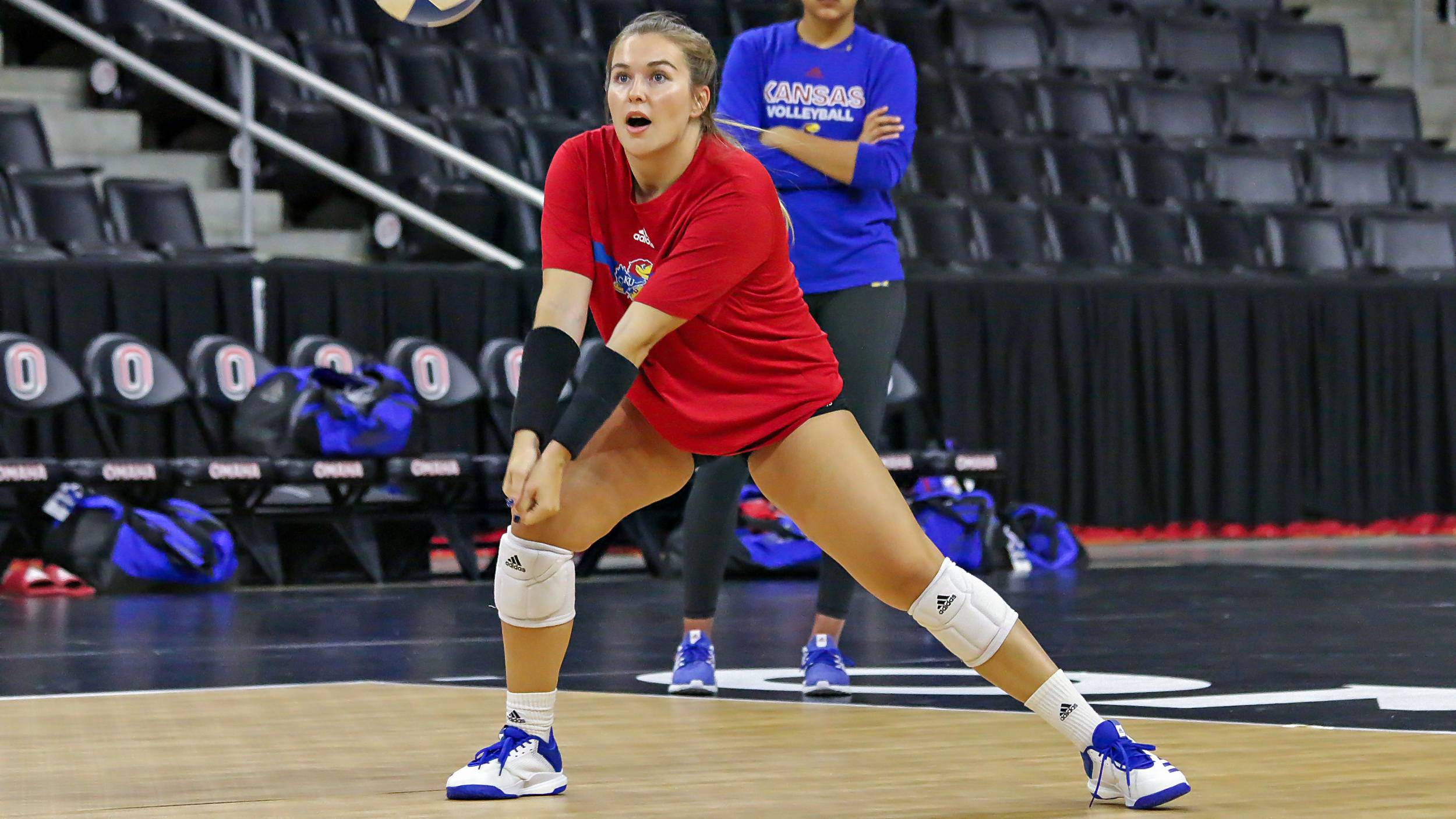 MATCH DAY PRACTICE
Kansas continued preparations for the upcoming match at Omaha with a morning practice in Baxter Arena.