Hoglund Ballpark opened in 1988 as the home of the Jayhawks. The ballpark has undergone many facility upgrades and improvements over the last decade, including the Jantz Development Facility, new wall padding, a redesigned clubhouse, and a new batter’s eye. The updates continue to hold the facility to the high standards as one of the best in the Midwest.

The facility is named after Forrest Hoglund, who played baseball for the Jayhawks from 1954-56. The dimensions of the ballpark are 330 feet down the right and left field lines, 375 feet to the right and left center gaps and 400 feet to center field. The ballpark holds a capacity of 2,500 fans.

In 2014, the ballpark received $250,000 upgrades to its indoor facilities, backstop and outfield wall padding, pitching mound, and bullpens. The Padgett Family Indoor Facility received all new turf, including three new turf pitching mounds and cabinets were installed for storing equipment. A new turf mound was installed, replacing the dirt mound, which was the only part of the playing surface that wasn’t turf. The bullpens were also upgraded with contemporary turf mounds, similar to those of the indoor facility. 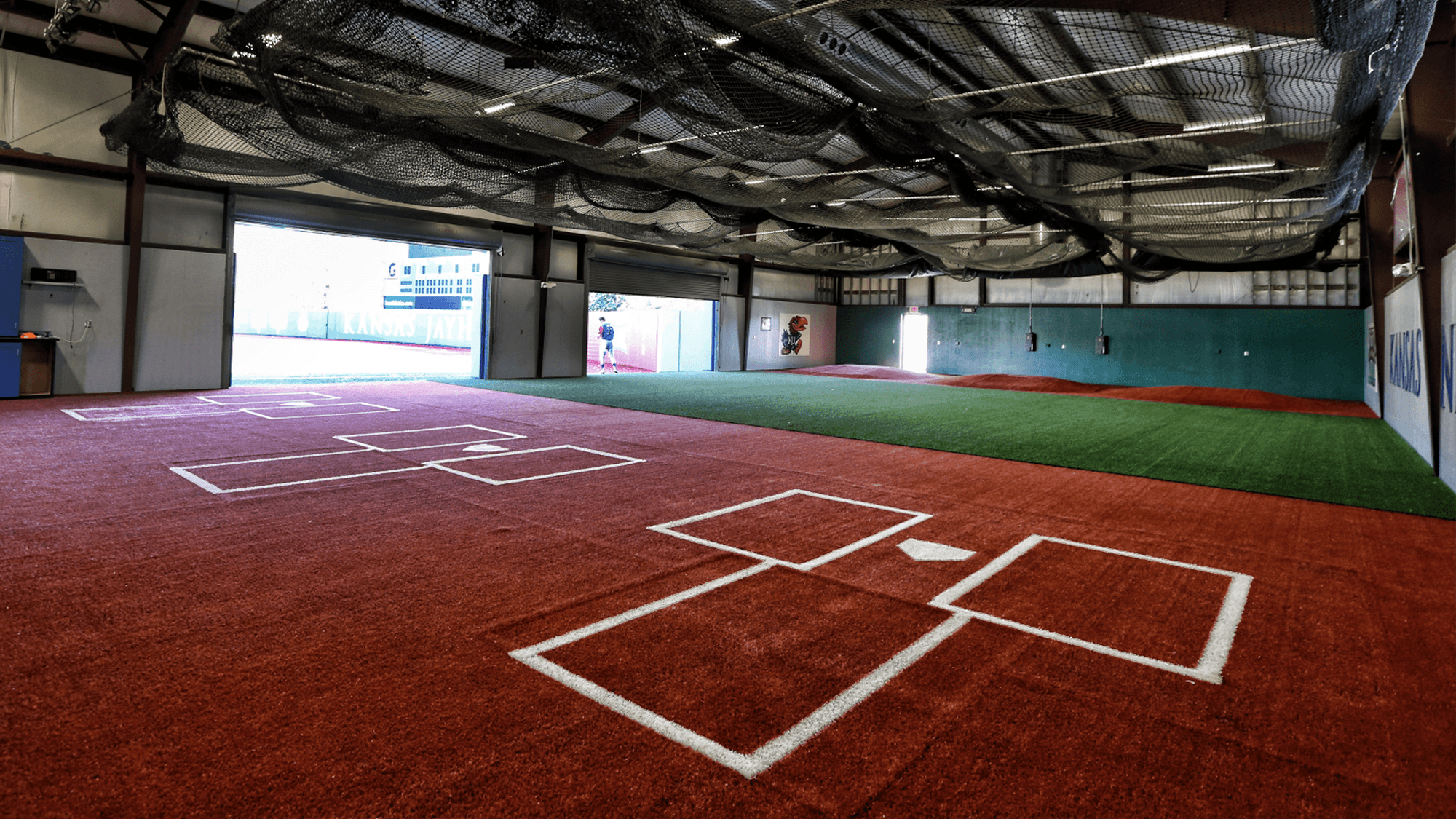 The Jayhawks went 12-8 at “The Hog” in 2014, where they capped off their home schedule with sweeps of two Big 12 opponents, #19 Texas Tech and West Virginia, to help build their resume and push them into the NCAA Tournament for the fifth time.

The AstroTurf USA’s 3D playing surface was installed in 2010, making it easier to battle the unpredictable Kansas weather in the early months of the baseball season. The $1.2 million project was funded entirely through private donations to the baseball program, in an effort which began prior to the 2009 season.  KU also made minor modifications during the off-season, adding a state-of-the-art sound system as well as safety screens around the entire seating area.

In 2009, the Jayhawks made the addition of a clubhouse on the first base side of the field. The 6,500-square foot clubhouse features a locker room area, a lounge for the student-athletes as well as a game day patio for fans.

The 2009 season was also a banner year for the Jayhawks as Hoglund Ballpark saw some of the best baseball in KU history. The Jayhawks won 25 games at home, including a three-game sweep of No. 1 Texas in March. KU also swept a series from No. 17 Oklahoma State and drew a record 2,639 fans to the regular-season finale win over No. 11 Kansas State. 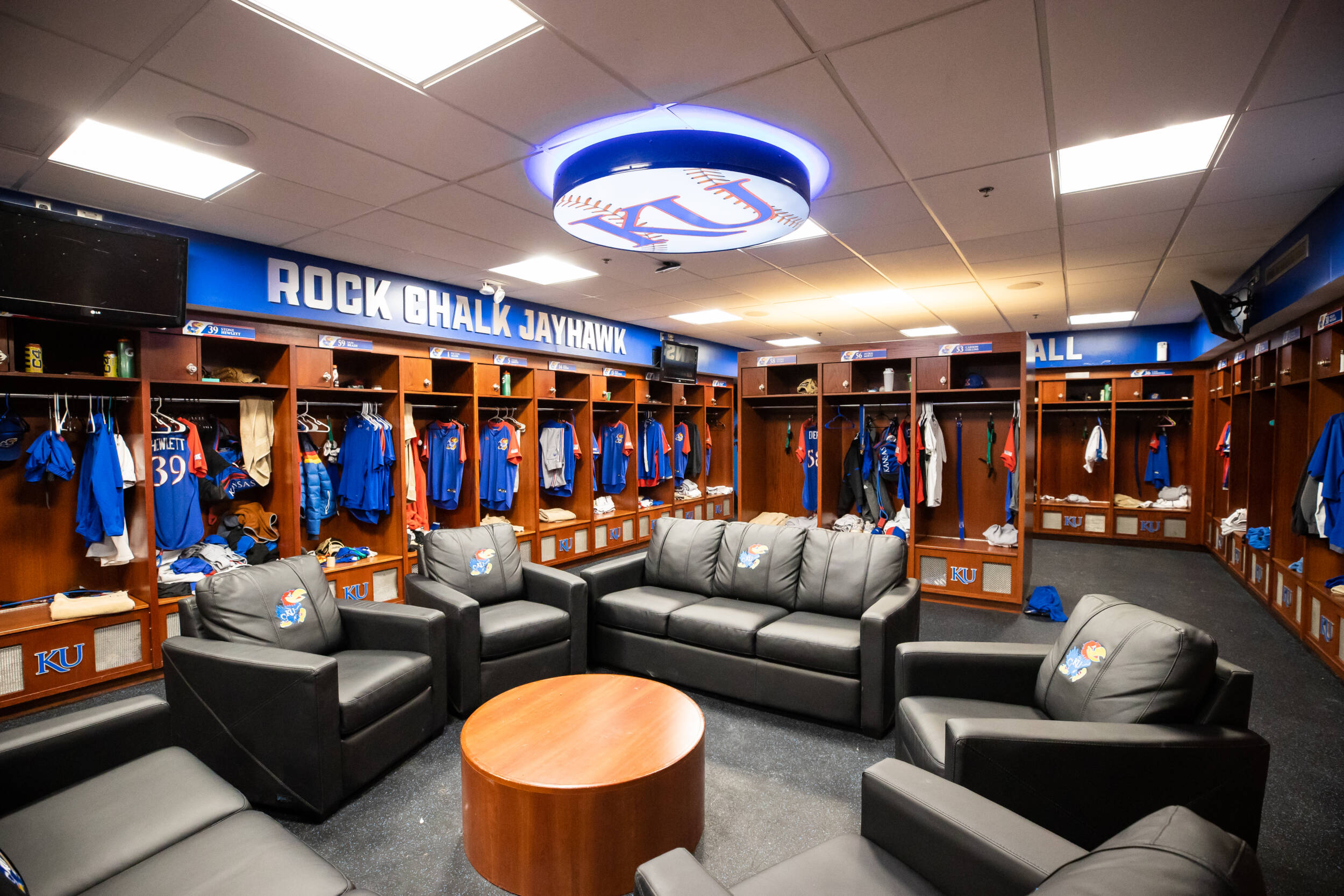 The aforementioned Padgett Family Indoor Facility was built in 2006 and features three 75-foot batting cages. The all-turf facility is 105 feet long by 54 feet wide and is heated and air conditioned for year-round use.

Prior to the 2003 season, construction was completed on five new turf batting cages down the left field line, while a new home bullpen was constructed and a blacktop surface added to the right field bullpen area.

Before the 1999 season, $1.8 million in renovations were made in an effort to improve Hoglund Ballpark. Seating capacity was increased, a new press box was built, dugouts were expanded, additional men’s and women’s restrooms were added and a plaza entrance is now featured. A gift from Forrest Hoglund primarily funded the renovations.

In 1987, more than $450,000 in renovations were made to the Jayhawks’ home facility, which was referred to as Quigley Field at the time. In addition to the closed deck bleacher seating, a new press box, restrooms, concession stands, public address system, computerized scoreboard and lighting were installed. A major gift from Hoglund and Neil Mecaskey funded the stadium improvements and the lighting.

For 28 years, Quigley Field was the home of the Jayhawks. Built in the fall of 1958, the field was named after one of the most successful athletics directors in Kansas history, Ernest C. Quigley. Kansas Athletics underwent a major resurgence under Quigley from 1944-1950. 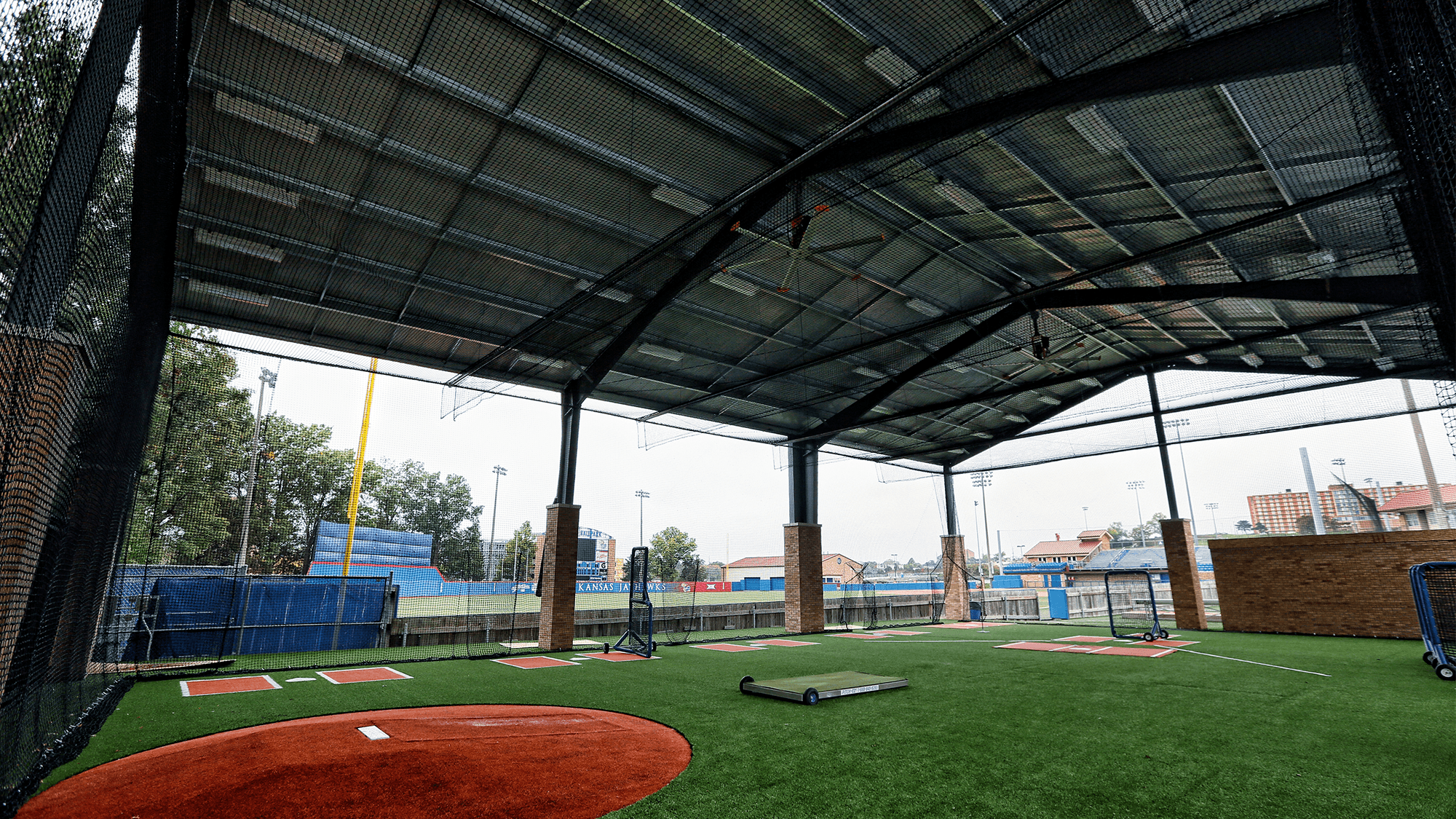 A Message From Forrest Hoglund

“The University of Kansas is a great institution that has achieved its status through a combination of state support and private philanthropic funding. Ever since we were students, Sally and I both hoped to participate in that tradition, and one of my interests was baseball.

“My vision is for Kansas to have a first-class baseball program. One of the big needs we had was to create an outstanding ballpark to play in, one that would make the players, recruits, coaches, fans and students proud. That need provided the incentive to give the gift to make the ballpark a reality. An innovative architectural design and a premier location on campus also helped us to meet that goal.” 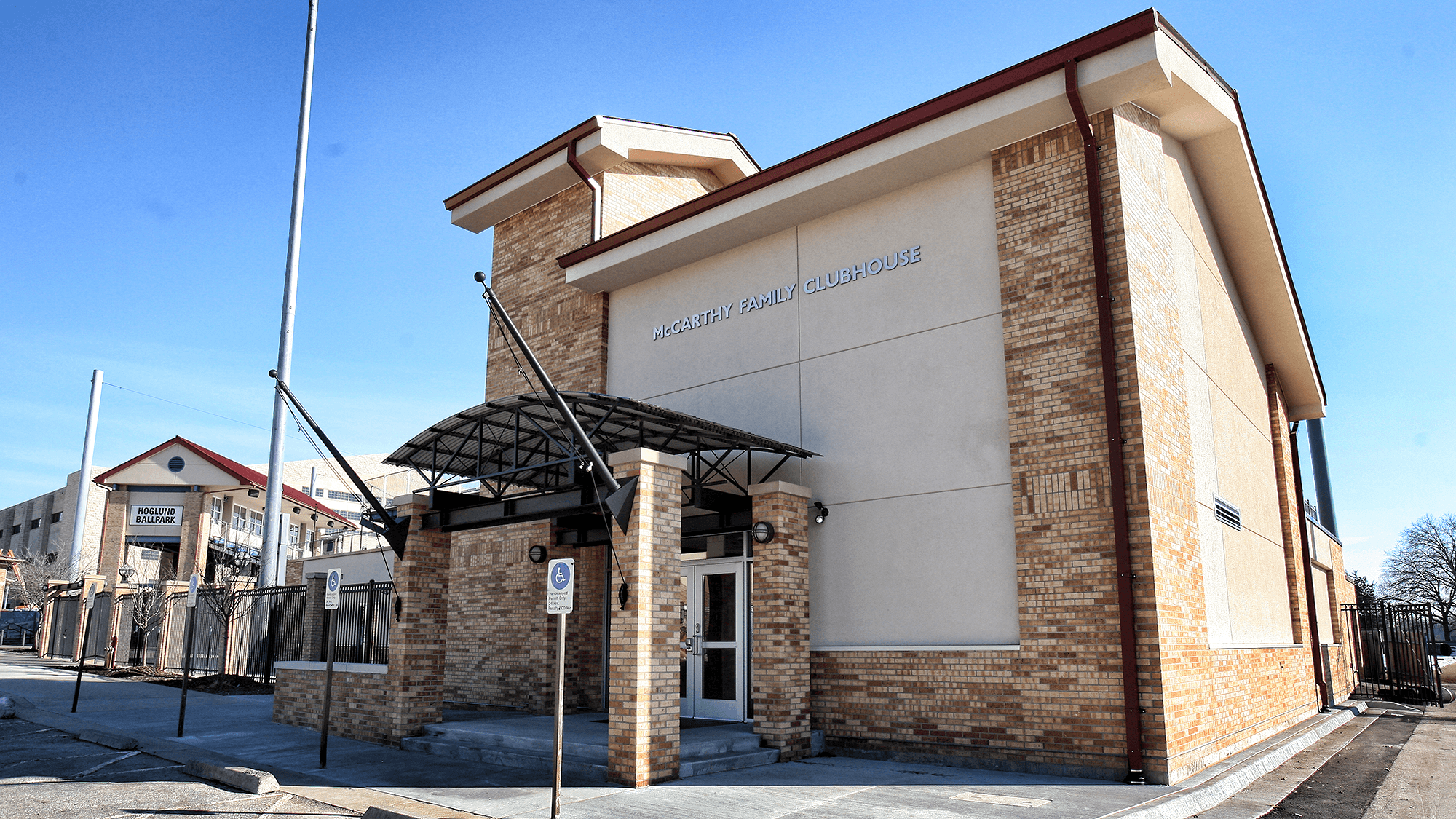