In the spring of 2014, Kansas Athletics unveiled one of the top facilities in collegiate athletics when KU opened Rock Chalk Park. Featured in the multi-sport venue is the new home of Jayhawk softball, a 1,100-seat stadium, which will rival each of the Big 12 schools as one of the premier facilities in the conference.

The state-of-the-art facility, located a short drive west from campus, features seatback, stadium chairs throughout the venue. The facility includes a press box, clubhouses behind both the first and third base dugouts, batting cages and an indoor training facility.

The Jayhawks opted for turf on their brand-new field as the outfield and apron is top-of-the-line Hellas Turf, while the infield consist of a clay mixture. Arrocha Ballpark at Rock Chalk Park dimensions are 200 feet down the foul lines and 220 feet to centerfield. 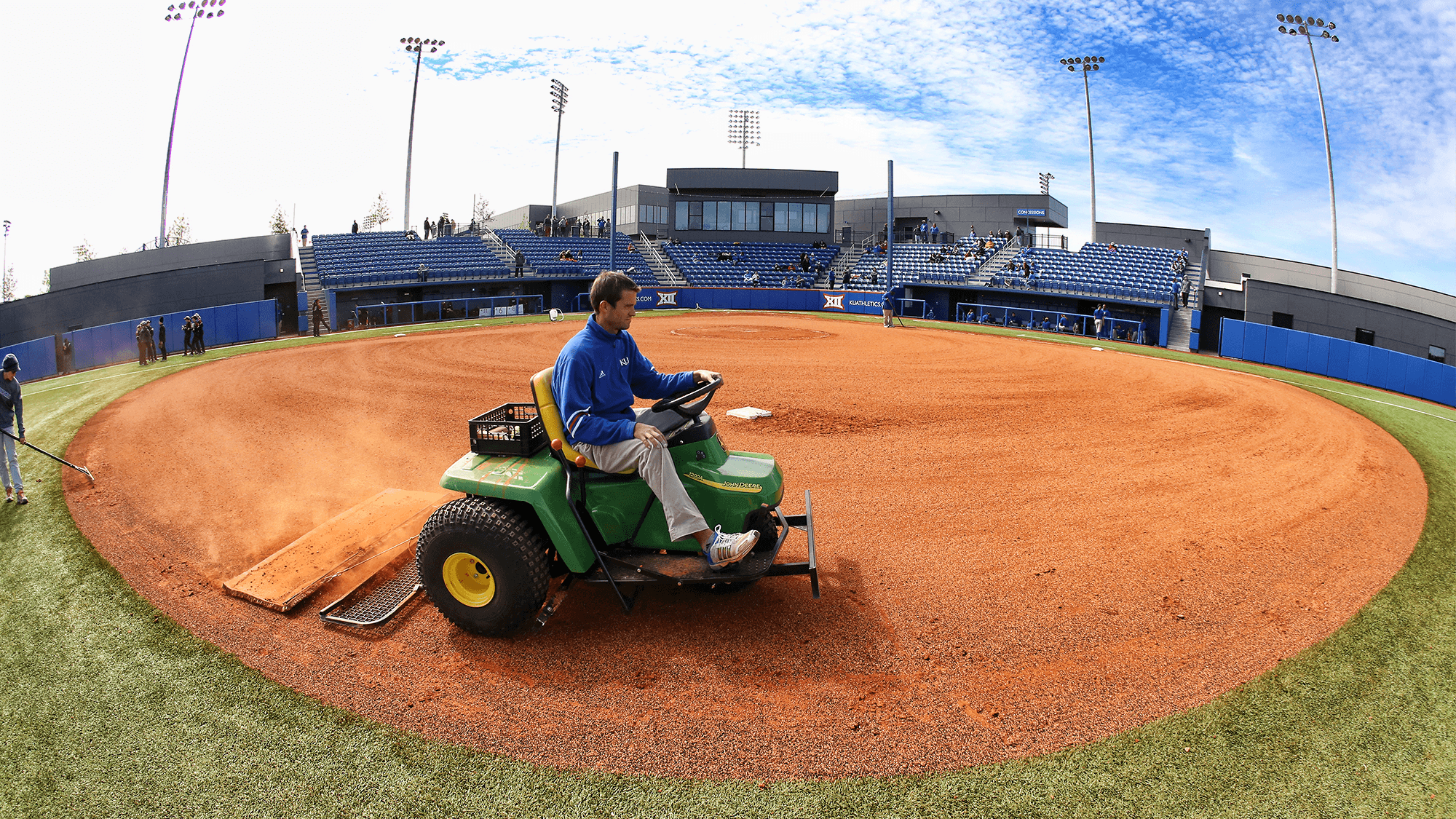 Clubhouses for both the Jayhawks and their visitors are one of several amenities featured in the new softball park. KU’s brand-new clubhouse is directly behind the third base dugout, which includes a locker room and lounge for the team. It also houses offices for the coaches and a training room. The opponent accommodations are located behind the first base dugout and include a locker room, coach’s area and training room.

Each dugout comes equipped with a bullpen area and one batting cage for teams to use throughout the game. Beyond the right field wall is a separate hitting area featuring two cages and a knockdown net.

With cold winters leading up to the start of softball season, one of the best additions to the facility is the climate-controlled indoor building. The indoor 11,000-square feet venue houses a full turf field with four drop down automatic batting cages. It also features softball-only cardio and film rooms.

The facility also has a multi-level press box with rooms for both television and radio broadcasts and an umpire locker room. 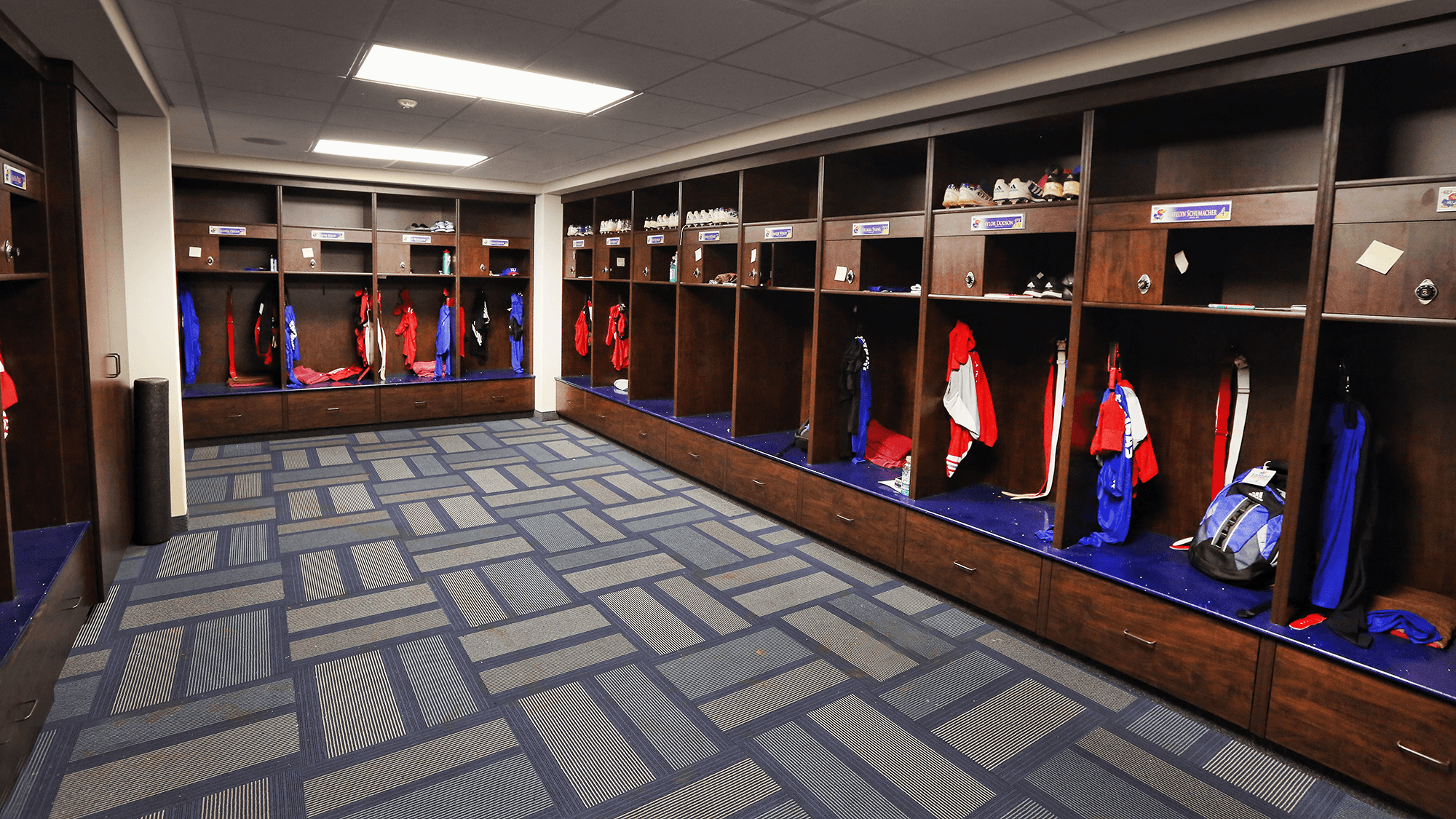 What’s in a Name?

After spending 10 seasons on campus at Arrocha Ballpark, Kansas athletics transferred the name to the new home of the Jayhawks, Arrocha Ballpark at Rock Chalk Park. Arrocha Ballpark is named in honor of Demostenes Arrocha, a Panamanian immigrant and the father of KU benefactor Cheryl Womack. A KU alumna and Kansas businesswoman, Womack pledged $2 million in November 2002 to help build a new softball stadium at the University of Kansas.

In the early 1980s, Womack founded the National Association of Independent Truckers Inc.; VCW Inc., a specialty insurance agency; and Preferred Administrative Services, a third-party claims administrator. She sold the companies in April 2002 and became chief executive officer of VCW Holding Company LLC, which partners with and provides consulting and administrative services to a variety of start-up and growth companies. 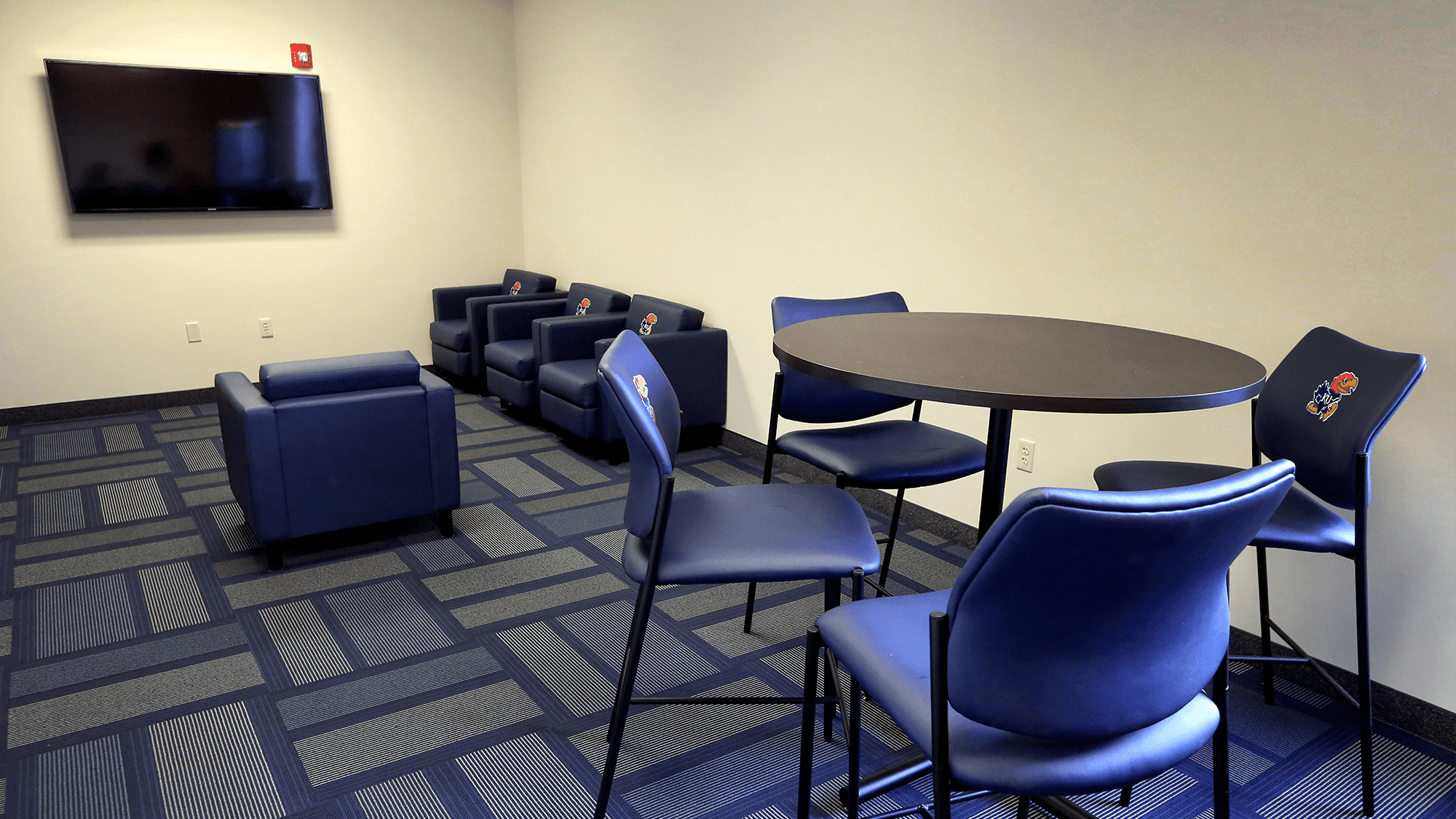 Arrocha Ballpark is one of three Kansas Athletics facilities at the recently constructed Rock Chalk Park in northwest Lawrence, conveniently located near the conjunction of K-10 and I-70. Parking at Rock Chalk Park is free and located to the east of the main entrance.

Accessible Parking and Drop Off Area
Accessible parking is available by the main ticket window (East side entrance of stadium complex, off of Rock Chalk Drive).  Display your state-issued accessible license plate or hangtag.  Limited mobility and/or wheelchair guests are permitted to be dropped off and picked up at this entrance should all available accessible parking spots be filled.