The indoor practice facility for many Jayhawk teams, Anschutz Pavilion is a 40,000-square-foot multi-purpose building which includes the Bill Easton Track and Ray Evans Field, indoor competiiton homes for Kansas track and field. The complex was renovated in August of 2011 and features a new turf surface. The pavilion is named for Fred Anschutz, a 1933 alumnus who was its chief donor, and was dedicated Oct. 27, 1984.

The Bill Easton track was originally installed in 1984 when Anschutz Pavilion was constructed. The track was resurfaced in 1999 before a complete overhaul in 2011 by Beynon Sports Surfaces, which converted the track to a 200-meter six-lane track, with eight lanes on the sprint straightaway, the standard for indoor facilities, from a 231-meter oval. 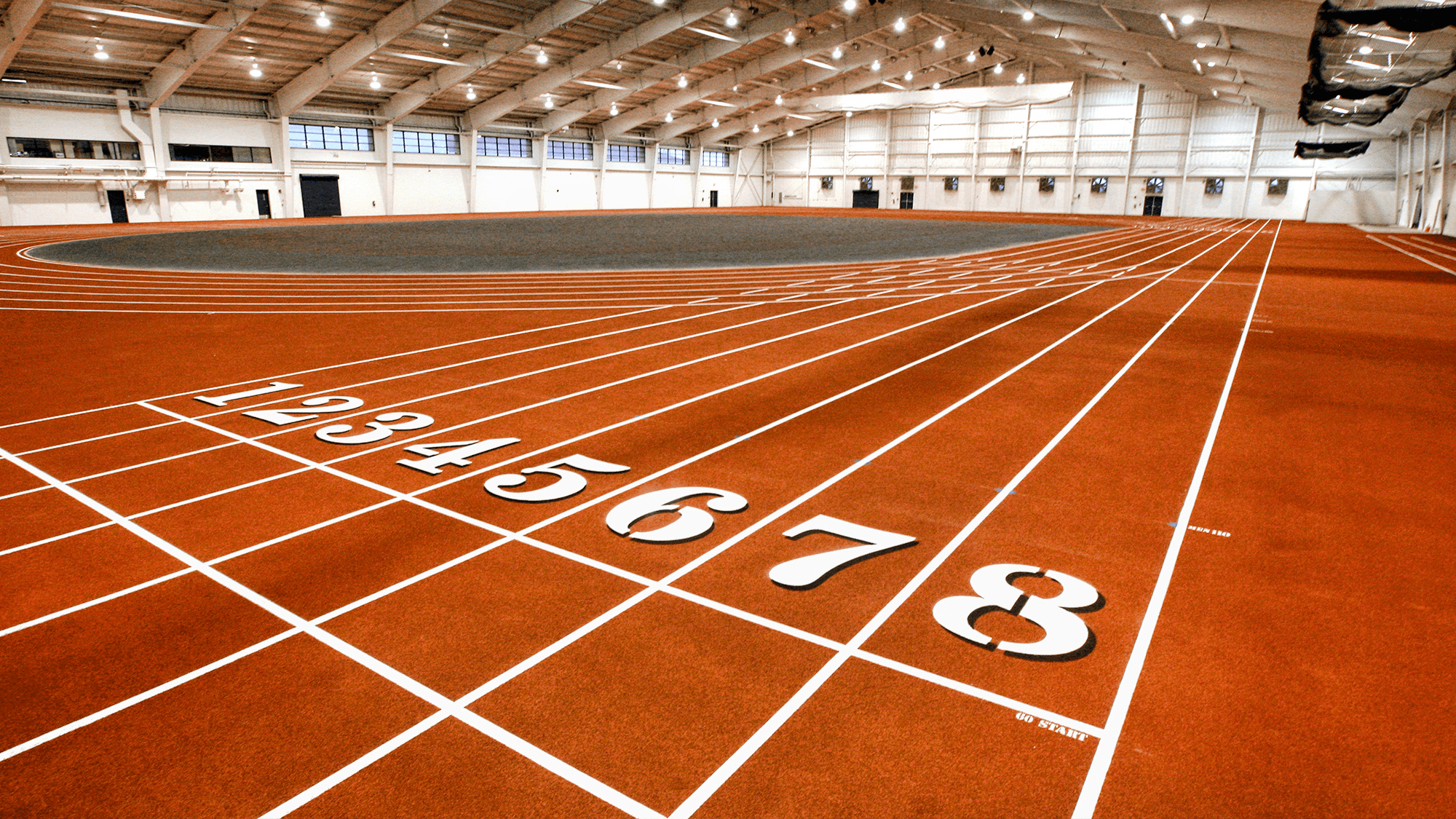 BSS reconfigured and upgraded the track surface with Beynon’ state-of-the-art BSS 2000 track and field surface with proprietary Hobart texture, and made other significant improvements, including the reconfiguration of the long jump and triple jump pits and the addition of a new pole vault box and runway.

The improvements were primarily targeted for a better student-athlete experience, but also helped optimize the overall experience for the competitors as well as the fans of KU track and field.

During the overhaul, Kansas also replaced the existing turf with a 70,300-square foot AstroTurf GameDay Puregrass system. Additionally, a new Daktronics results board measures 18 feet high by 16 feet wide and was installed with a new sound system. 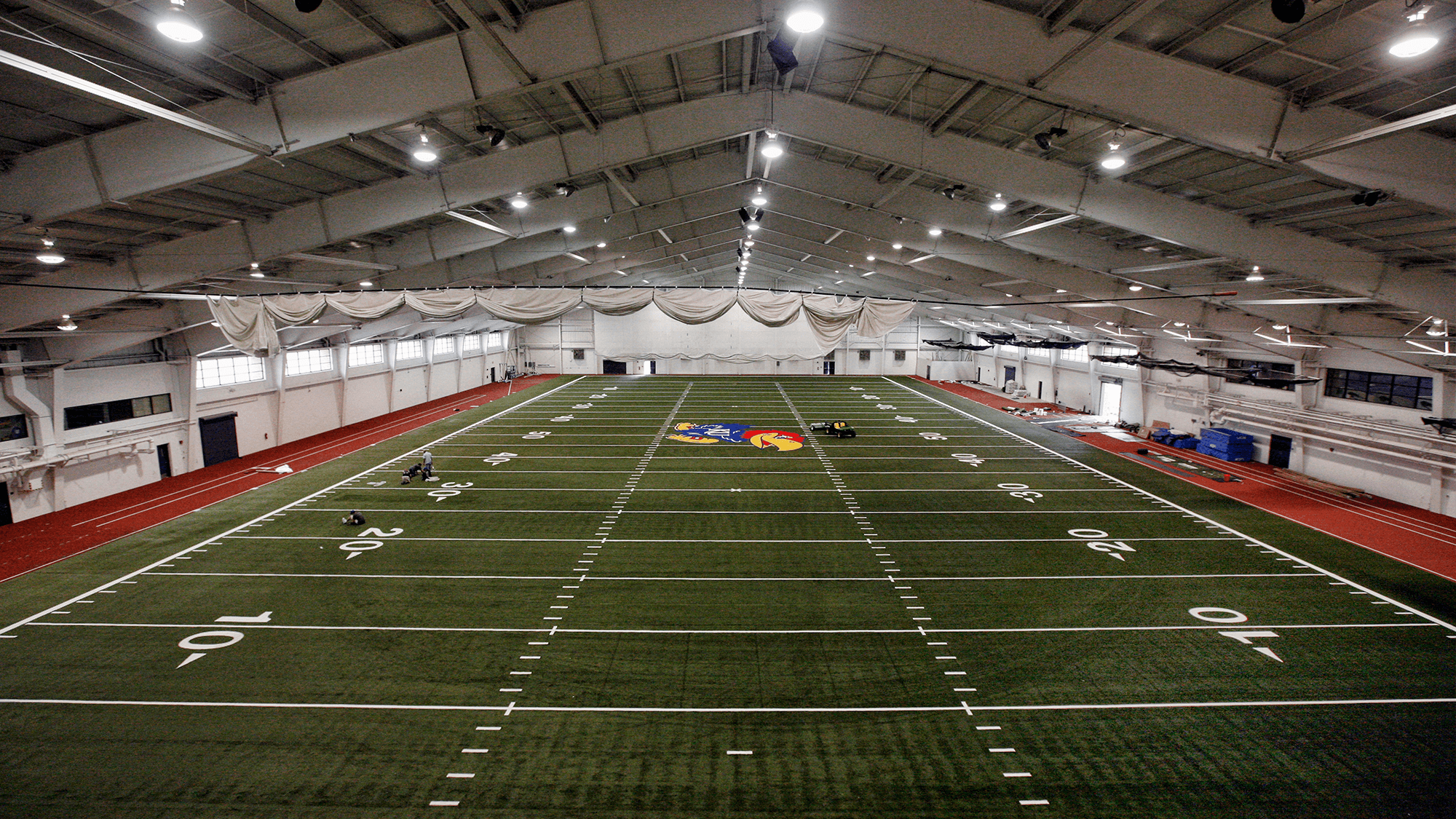 Named for a Pioneering Kansan

Fred Anschutz began a lifelong career in oil-and-gas exploration by drilling in the Eulert Pool north of his hometown of Russell, Kansas. He turned early successes in the oilfields into a series of holdings including ranches in Colorado, Utah and Wyoming. He was known for taking chances that no one else would touch. One of those chances was the 1966 purchase of a large plot in Utah that would be come to be known as Anschutz Ranch East. After the Arab oil embargo of the early 1970s, the Anschutz family discovered a hidden bonanza under the soil – it was located on the Overthrust Belt of the Rockies and contained vast potential for holding oil and gas reserves.

Fred’s son Philip decided to drill for oil, eventually finding the huge fields that created one of America’s great fortunes. The Anschutz family has a long history of giving to Kansas, including funding the campus library that bears the family name. Fred established in 1980 a $750,000 annual scholarship fund and gave $1.4 million to build the campus sports pavilion that bears his name. His alma mater honored him in 1984 with the Fred Ellsworth Medal for “unique and significant service” to KU. 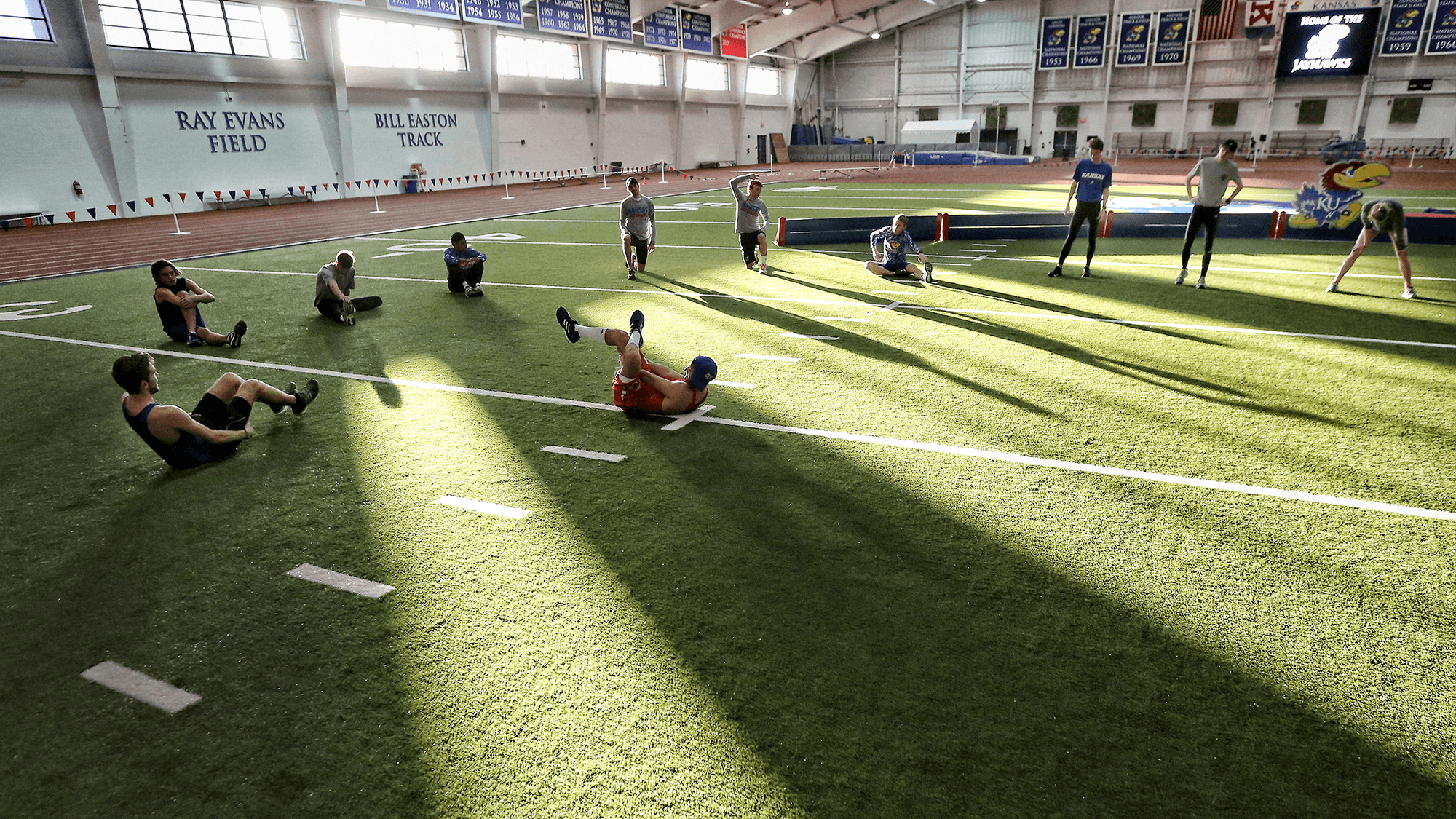