ORLANDO, Fla. – Kansas volleyball moved to 3-0 on the season after a three-set sweep over the Albany Great Danes on Friday inside The Venue at UCF.

After KU cruised to a 25-16 win in set one, the second set did not come as easy. The Jayhawks found themselves down 23-20 but managed to rally off five-straight points to win the set and take a two-set lead.

Looking to complete their second-straight sweep, the Jayhawks once again found themselves in a tight battle that went down to the wire. After having a 21-15 lead, Albany fought their way back to tie the set at 22. The back-and-forth affair continued until KU was able to put together two-consecutive points behind a kill by Rachel Hickman and a setting error on Albany to capture the set and match victory, 29-27.

Hickman led the charge on the night, finishing with a team-high 11 kills on 28 attack attempts, while senior Allie Nelson tallied a team-high 16 digs.

Next up for the Jayhawks is SEC opponent South Carolina in the second game of the UCF Challenge. The match is set for Saturday (Sept. 7) at 3 p.m. (CT) in The Venue at UCF.

The Jayhawks complete the sweep and move to 3-0 on the year!

S3 | HICKMAN KILL! #KUvball has the one point lead! 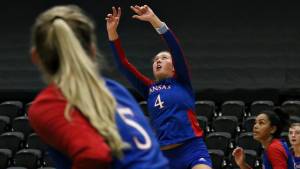 The Jayhawks are the first to hit 10 points in set three and have a 10-6 lead. 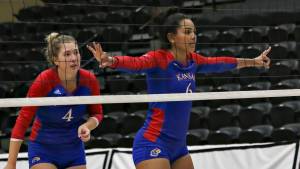 S2 | Smith with the BLOCK as the Jayhawks claw back in the set!

S2 | Back-to-back points for #KUvball after a kill by Hill and a solo block by Carrier!

STAT LEADERS THROUGH SET ONE

Hill has helped lead Kansas to a 17-10 lead in the first set thanks to a team-high three kills. 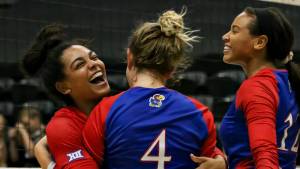 S1 | Out of the timeout Nelson with an ACE!

S1 | Rachel Hickman with the KILL! 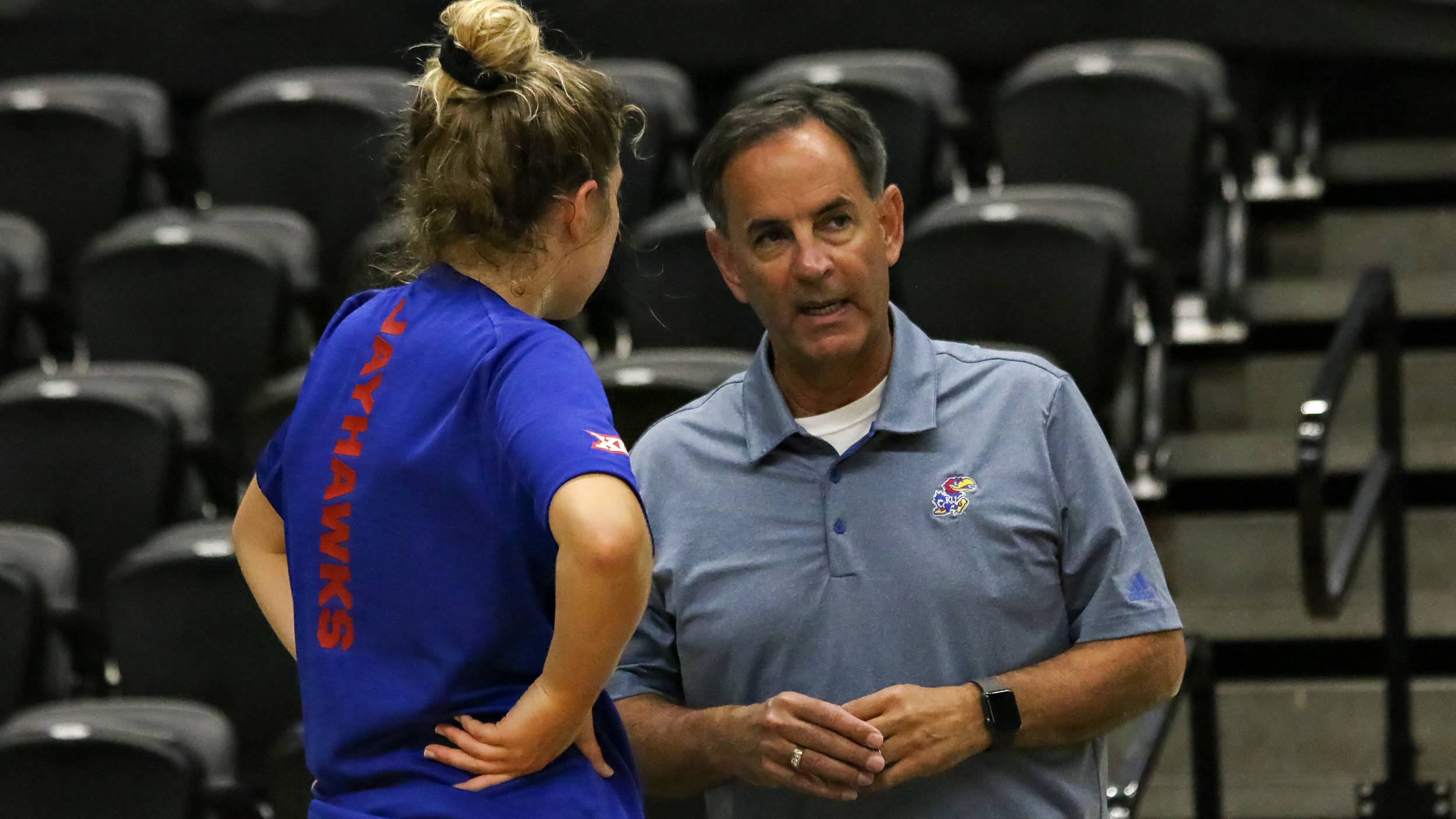 Head coach Ray Bechard speaks with setter Sara Nielsen prior to the start of the match to talk strategy against Albany. 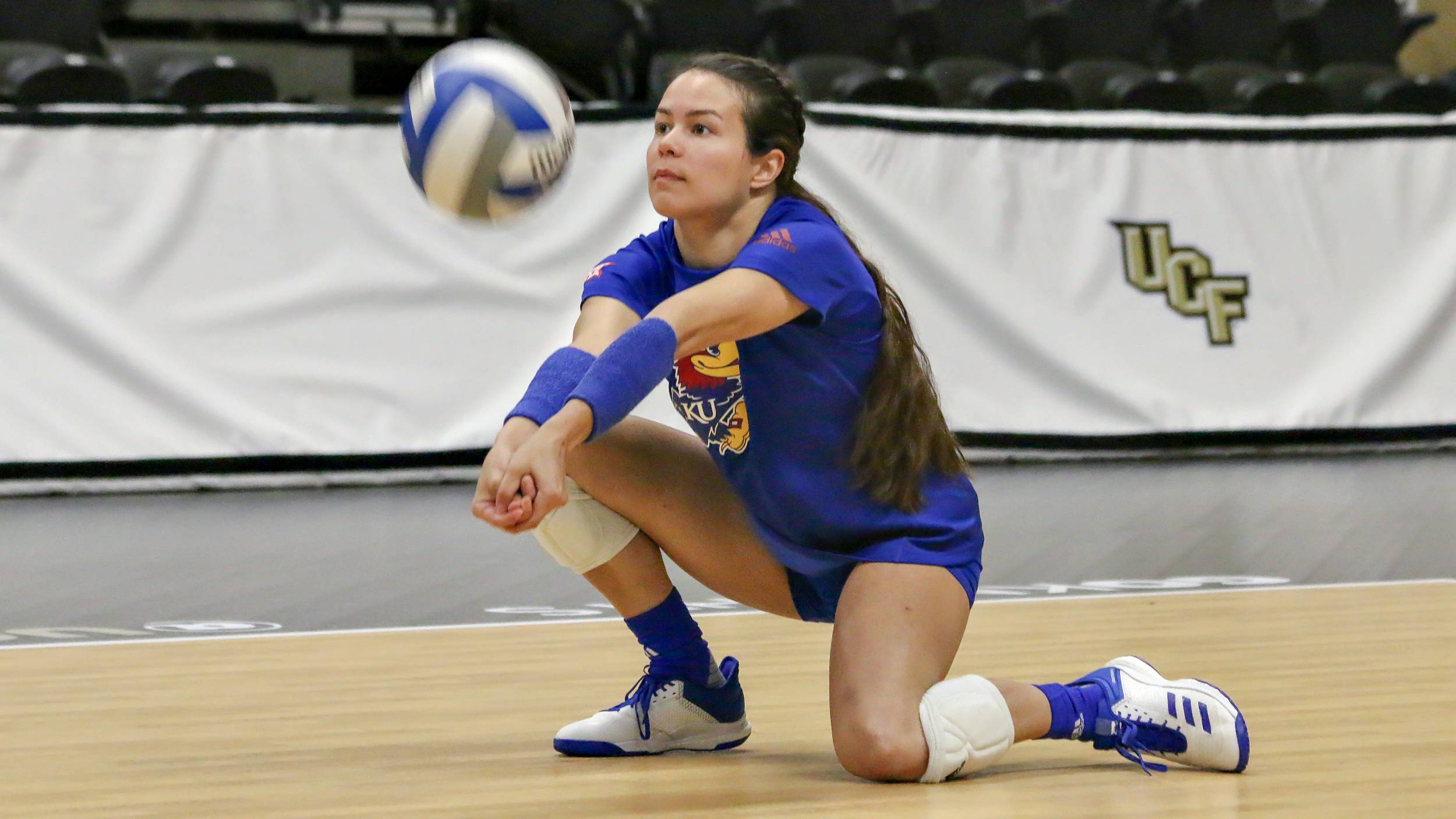