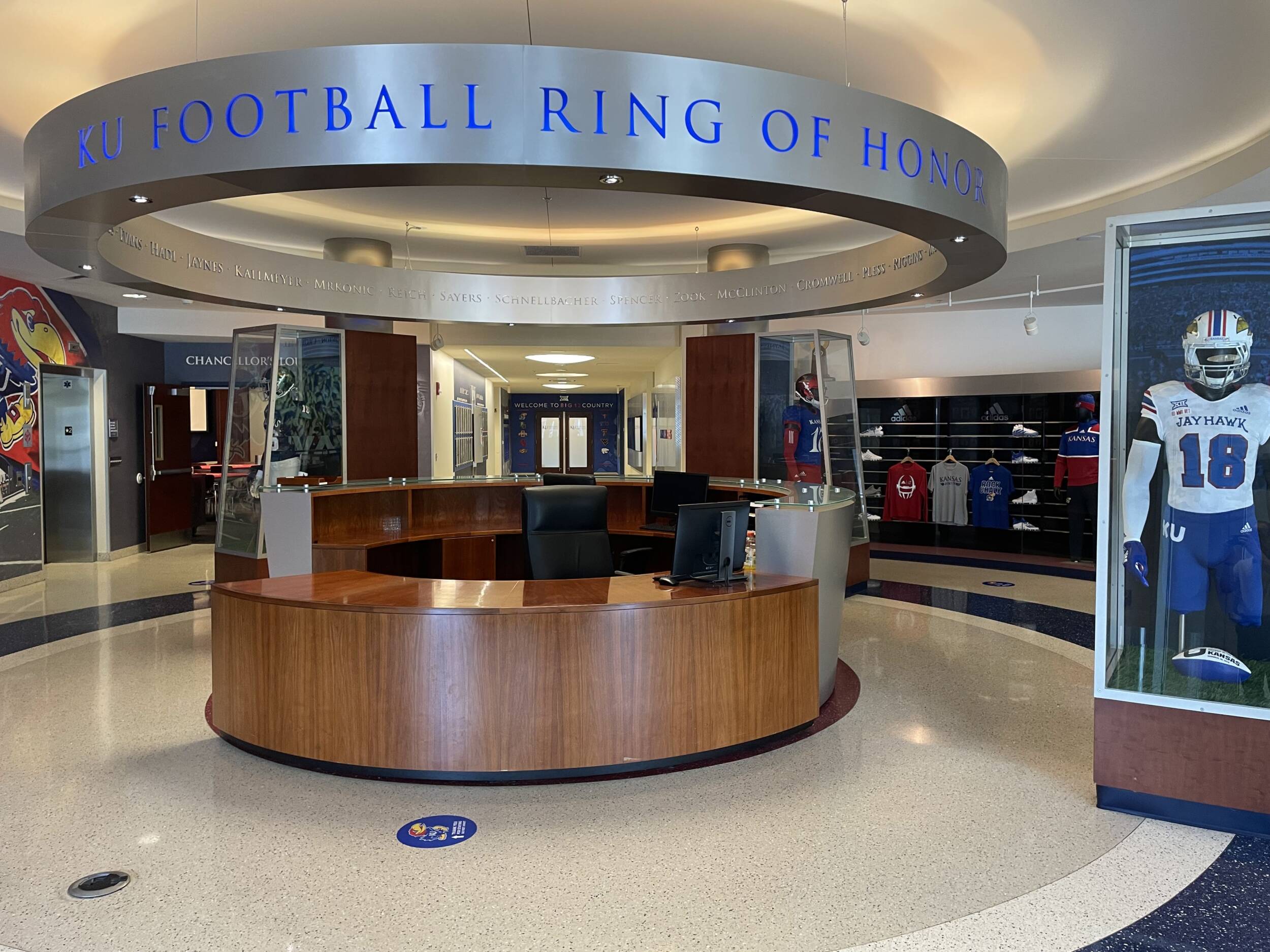 Construction of the Anderson Family Football Complex at Kivisto Field was completed in July 2008 and is now the headquarters of Kansas Football. The much-anticipated facility is adjacent to Memorial Stadium and does not interfere with the KU graduation tradition of walking down Campanile Hill to the stadium. The building includes offices, academic areas, a weight room, locker rooms, an audio-visual room, meeting rooms, a cardio room, a hydro-therapy room, a nutrition area and a display area.

The stand-alone, 80,000 square-foot facility is the state-of-the-art centerpiece of a $33 million project, which also includes two practice fields and additional parking. The football facility consists of two levels, with only the upper level above ground. The lower, underground level houses the football training area and weight room, locker rooms, and related facilities. The upper level houses coaches and athletics administrative offices and academic support services.

The two 100-yard practice fields are located southeast of the stadium, between the Anderson Family Football Complex building and the Kansas Union. 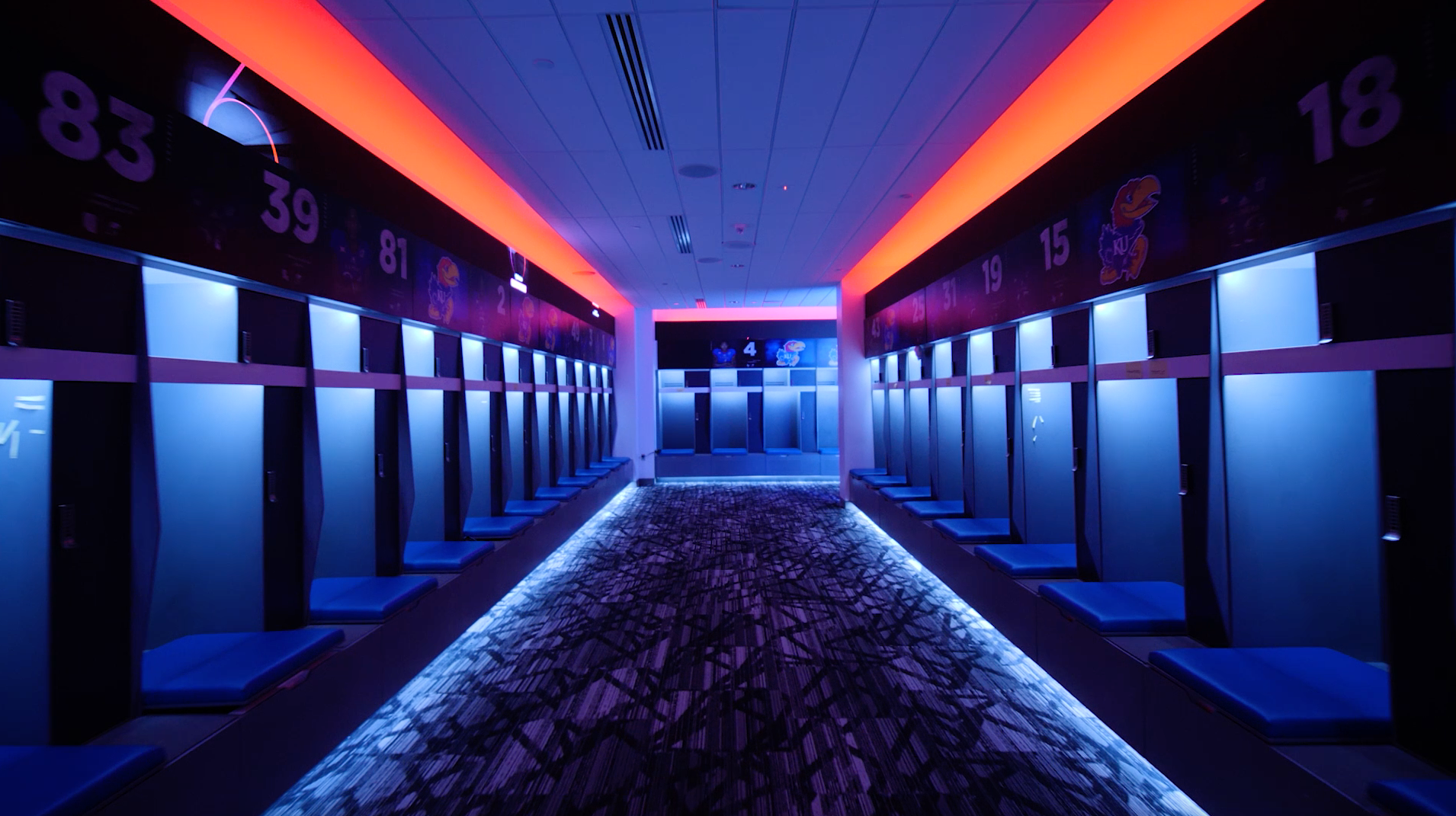 HNTB Architecture of Kansas City, Missouri, produced the architectural program outlining space needs and estimated costs, approved by the Regents and the Legislature’s Joint Committee for Building Construction. HNTB worked closely with the university building committee to develop and select the design and site for the project. Turner Construction Company of Kansas City, Missouri, was the General Contractor that constructed the building, practice fields and modified the site to fit such facilities. 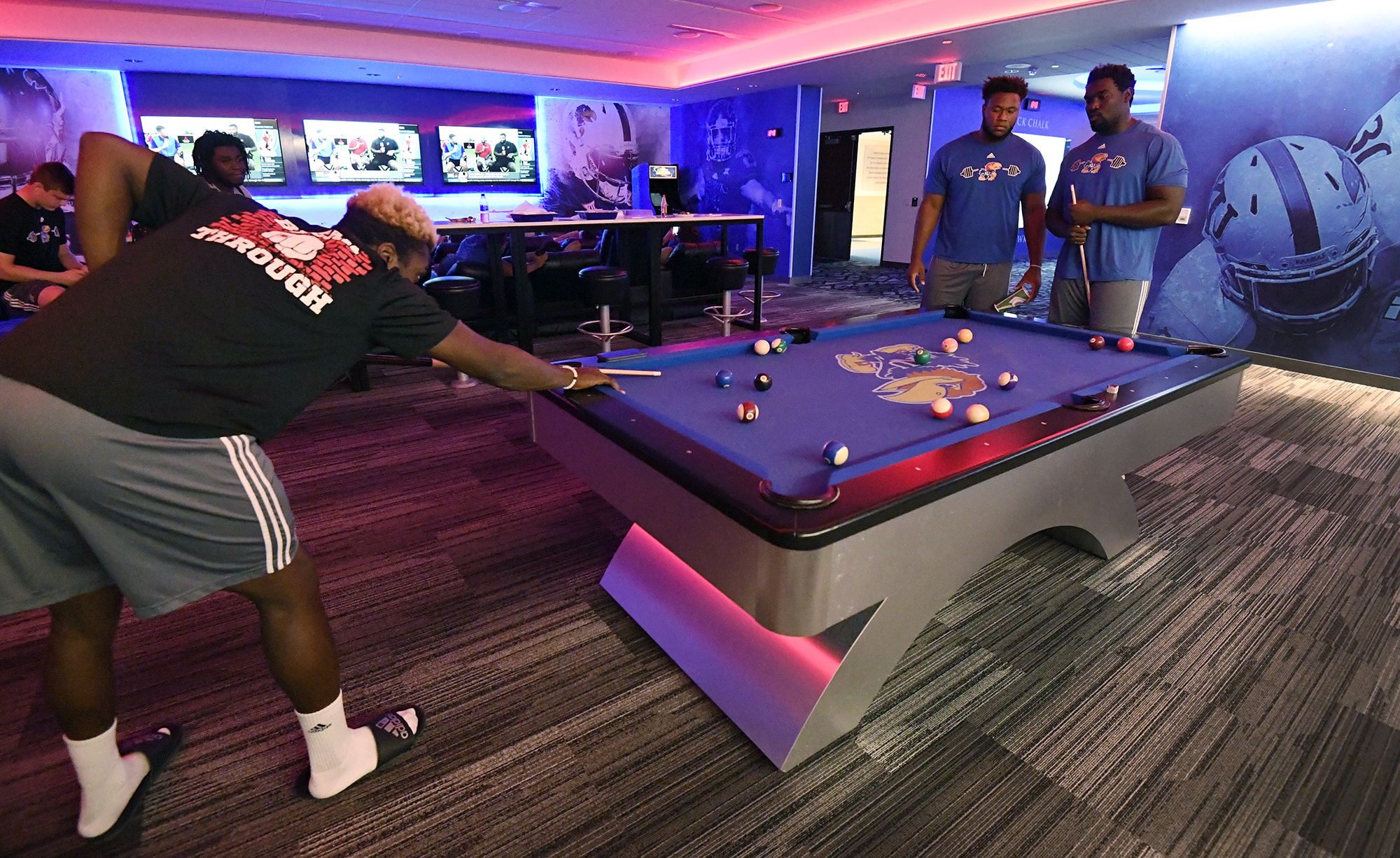 A native of the Chicago area, Kivisto was a three-year starter for KU’s basketball team (1971-72 through 1973-74), and averaged 7.6 points-per-game for the Jayhawks’ 1974 Final Four team. He earned academic All-American, All-Big Eight and academic All-Big Eight honors at KU, and is a member of the Illinois Basketball Hall of Fame. He earned a bachelor’s degree from KU, majoring in pre-med and psychology. His master’s work, also at KU, was in urban planning.

Kansas alumni Dana and Sue Anderson have been consistent supporters of the advancement of Kansas Athletics. Their generous contributions have enhanced and upgraded many KU facilities that have, in turn, positively impacted the lives of thousands of KU student-athletes.

Dana is vice chairman of Macerich Co., where he has worked since 1966. At KU, he has served on the boards of Kansas Athletics, Inc., the Endowment Association, the Alumni Association, the School of Business and KU Libraries, and has helped strengthen numerous projects on campus.