Kansas rowing revived a bit of history when it hosted the first annual Jayhawk Jamboree on Oct. 20, 2013 at Burcham Park, bringing to life the Western National Fair that was held on the banks of the Kansas River in Lawrence during the late 19th century.

The Western National Fair, held at Bismarck Grove (current site of the University of Kansas boathouse), annually attracted between 8,000 and 10,000 people to the river. This grand event, also known as the Old Bismarck Festival, hosted many picnics, parties, church encampments, temperance movements and, of course, one epic rowing regatta.

The regatta at the Western National Fair was said to be the largest rowing event west of the Mississippi River. That fact alone was enough motivation for the Jayhawks to try and revive that same culture that once existed in Lawrence.

In 2016, Kansas saw the Jayhawk Jamboree reach new heights with the largest showing of teams with 12, including 152 boats racing.

The Jayhawk Jamboree is a head race and uses a time-trial format. Boats will be launched approximately 10-15 seconds apart from one another and the boat with the fastest time wins the competition. 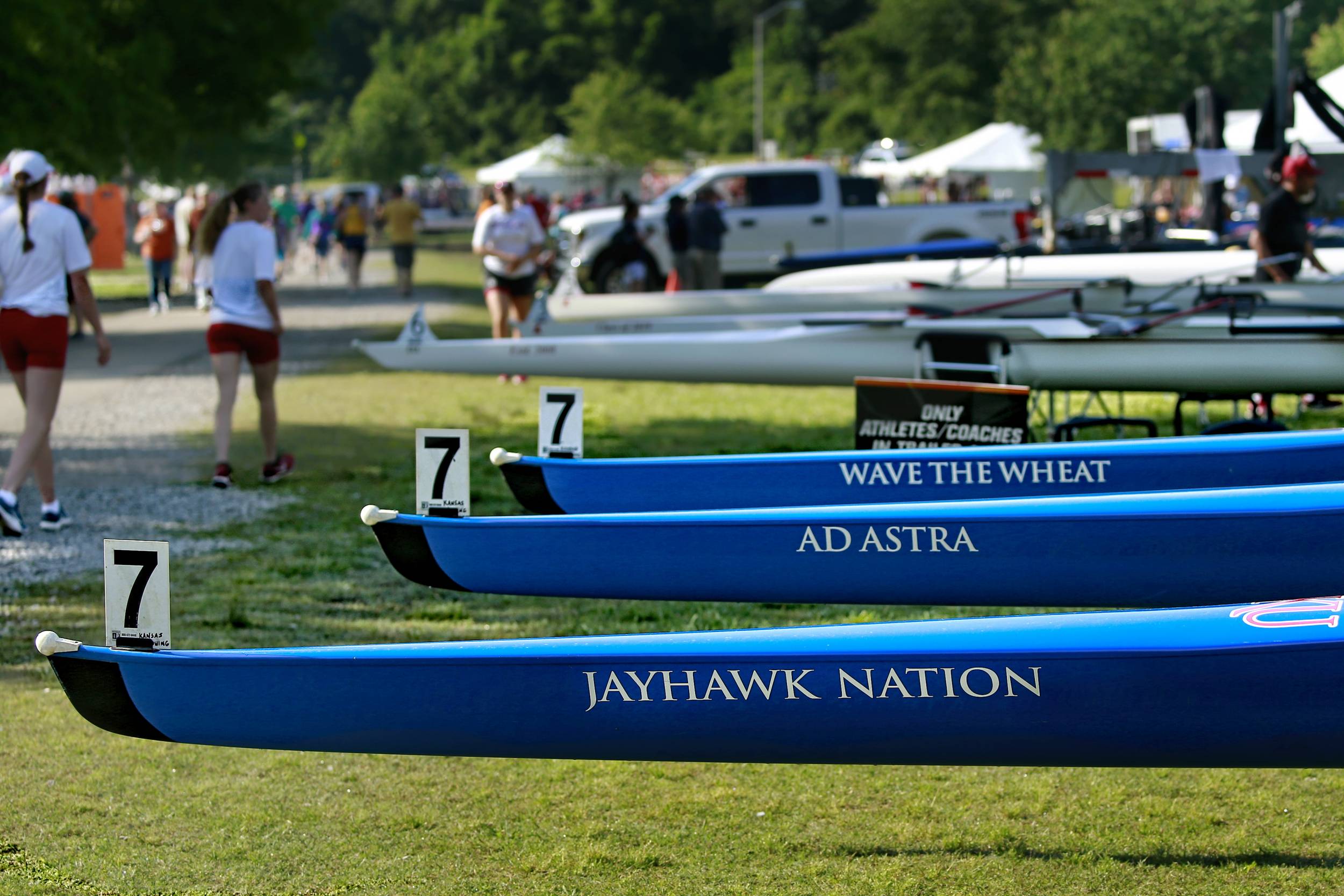 Food trucks will be lined up on the southeast side of the park with a variety of food for all spectators. There will also be beer vendor stations throughout the park (to consume alcohol, spectators will be carded and must be over 21 years of age).

While the races are taking place on the river, fans and spectators can take advantage of the festivities located up the banks from the water. The Jamboree will feature a fun zone for children and appearances by the Kansas Spirit Squad the KU Pep Band.

Picnic tables are available around the food truck area for fans to use to watch races on the water and table space to eat. Fans are encouraged to bring their own blankets and chairs to watch along the river.

All dogs are allowed at Burcham Park, but must stay on a leash while at the park. There will be dog waste stations throughout the park and encourage all spectators to pick up after their furry friends. Water stations for pets will be provided around the park.