⛳️ Kansas Finishes in Fifth at the Match in the Desert

SUPERSTITION MOUNTAIN, Arizona – Kansas sophomore Johanna Ebner shot a 4-under (68) to lead the Kansas women’s golf team to fifth place at the Match in the Desert at the Superstition Mountain Golf and Country Club on Monday in Superstition Mountain, Arizona. Kansas outshot No. 30 TCU by eight strokes, posting a single round best of 2-under (286) for the 2022-23 season and tying for the sixth best single round score in Kansas women’s golf history.

“Just a great start to the season with a 2-under par round,” Head Coach Lindsay Kuhle said. “Beating TCU was probably the highlight, as they are ranked No. 30, but Johanna shooting 68 and Abby [Glynn] shooting 70 was really solid. There were a lot of great birdie opportunities and I think that we proved we belong here playing against these teams. We just have some things to iron out as the season progresses but overall happy with the first round of the season and with our performance.” 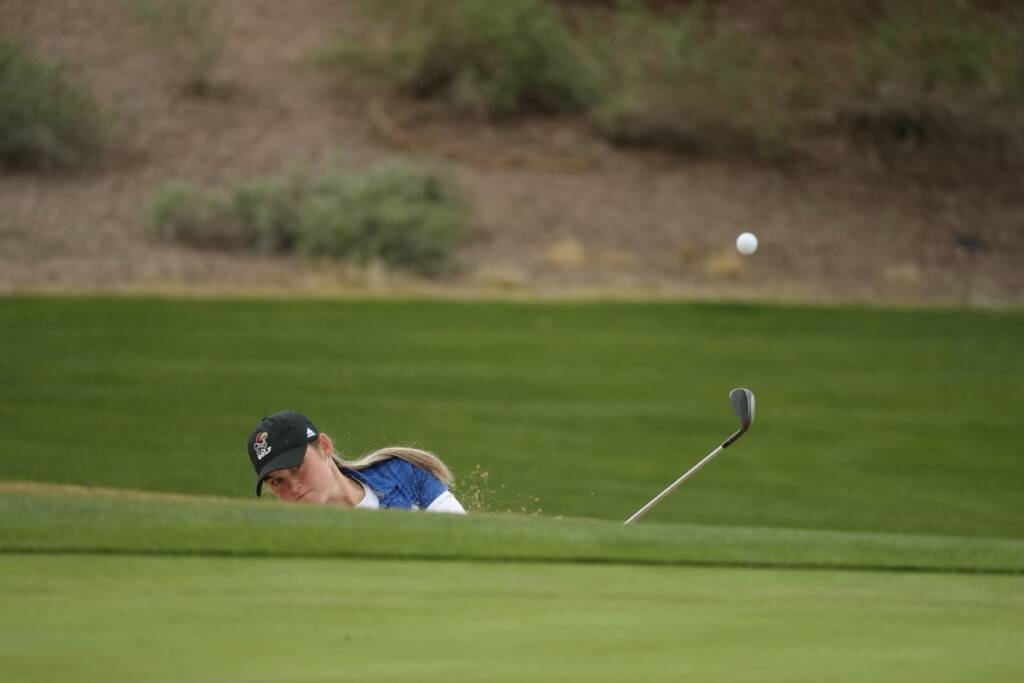 Ebner carded five birdies for the round and shot a 2-under (34) on both the front and back nine. She ended the tournament tied for sixth. KU sophomore Jordan Rothman shot a 72 (E), posting a 2-under (34) on the back nine, and placing tied for 21st. Rothman tallied three birdies in her round.

Kansas will play its second tournament of the spring campaign at the UCF Challenge, Feb. 5-8, at the Eagle Creek Golf Club in Orlando, Florida. KU last participated in the event in 2012.