Hanna Hawks hails from Wellington, Kansas and is the No. 1-ranked player in the 2020 graduating class in the state of Kansas. Hawks has had busy 2018 and 2019 campaigns. In 2018, her first-place score of 3-under par broke the state record at the Kansas State Champion 4A High School Tournament where she also garnered 2018 Kansas High School Girls Golf Player of the Year.

Her 2019 season was just as eventful, as she placed second in the 2019 Oklahoma Junior Golf Tour Championship and sixth in the 2019 American Junior Golf Association Lockton KC Junior. She is a two-time Kansas Girls Junior Amateur Champion. 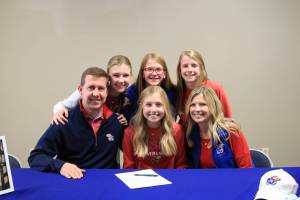 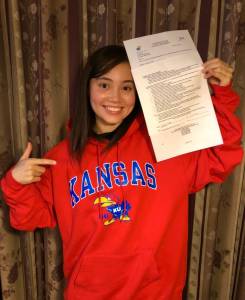 Coming in as the No. 18-ranked player in the Class of 2020, Roth brings a lot to the table for the Jayhawks. Roth is from Plano, Texas and is a five-time Texas Junior Golf Tour Champion, including the 2019 Texas Junior Golf Tour Prestonwood Hills Classic, where she was a medalist. She has recorded eight top-10 finishes in AJGA events and was named to the Texas University Interscholastic League All-District, All-Region and All-State teams. In addition, she placed second in the 2019 TJGT G2 Academy Lonestar Girls Invitational. 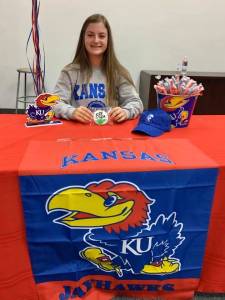 As the No. 1-ranked female golfer in Costa Rica, Scarlet Weidig is a promising prospect for Kansas. Weidig is a well-rounded athlete, acting as a team captain in both basketball and volleyball in addition to being a three-year letterwinner in both sports. She was named the High School Athlete of the Year as a freshman and was the Top Junior Equestrian in Costa Rica in both 2016 and 2017, respectively. Her 2019 campaign has included a Top-15 finish at the Annika Invitational in Latin America, being named 2019 Costa Rica National Stroke Play and Match Play Champion, second place in the 2019 Future Champions Golf National Tour SD County Classic and a third place finish in the 2019 U.S. Kids Golf Teen World Championship. 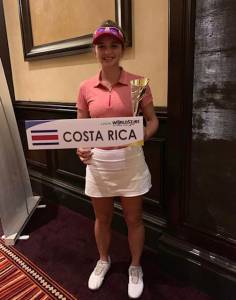 Hawks, Mannix, Roth and Weidig will join the Jayhawks on campus for the start of the 2020-21 season.