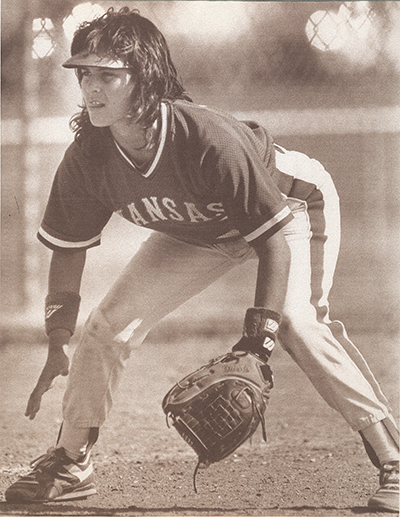 As Kansas softball kicks off its 2017 season this weekend, let’s take A Look Back at the 1992 team.  That team went 45-10 and made the program’s fourth NCAA Tournament appearance.  The Jayhawks opened the season ranked in the Top 20 and remained there throughout the year, peaking with a spot in the Top 10 and a berth in the Women’s College World Series (WCWS).  Led by three All-Americans in Camille Spitaleri, Christy Arterburn and Stephani Williams, the Jayhawks were a tough out in the WCWS losing in eight innings to Fresno State and then requiring 17 innings to be eliminated 0-1 by the defending national champion, Arizona.