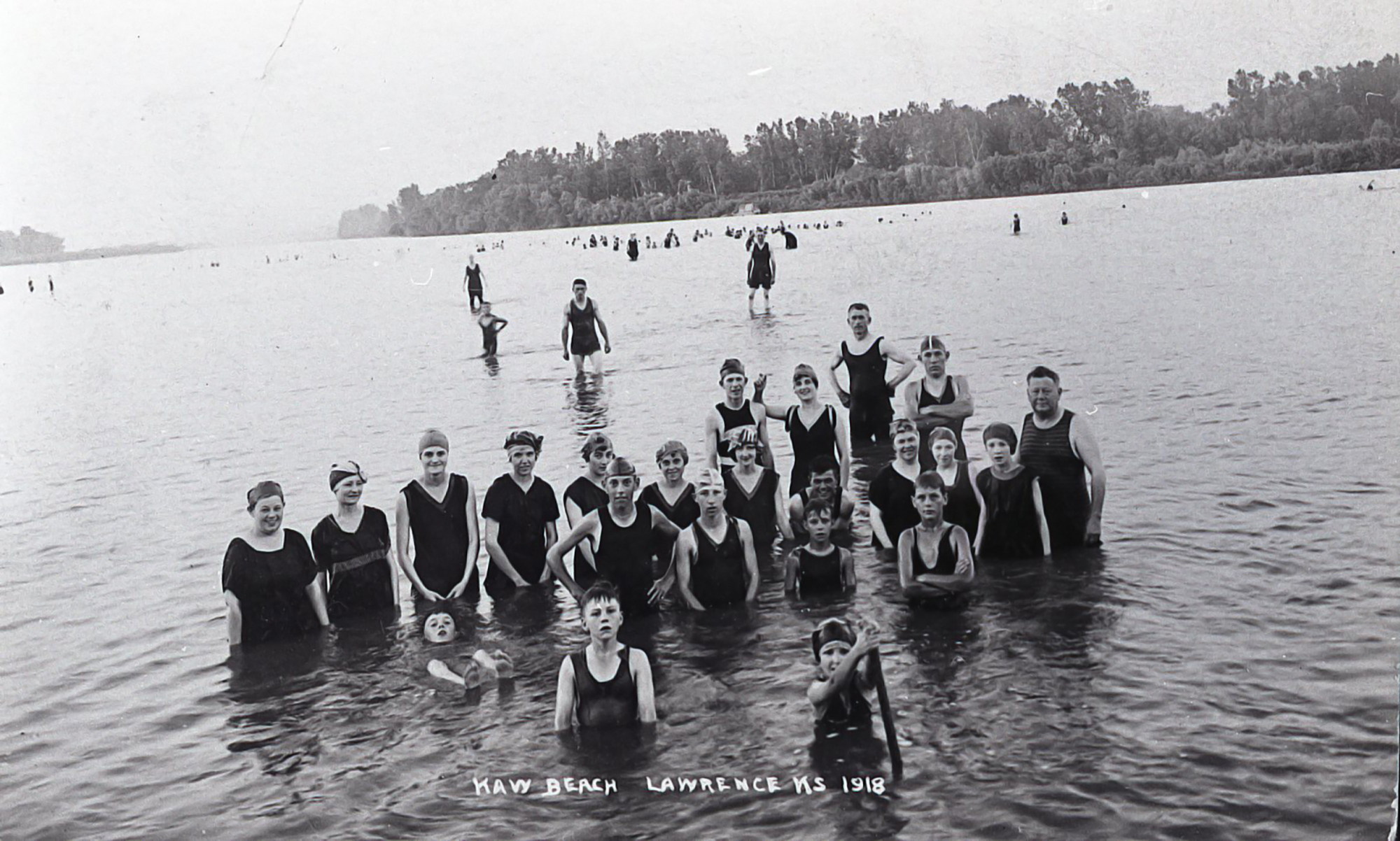 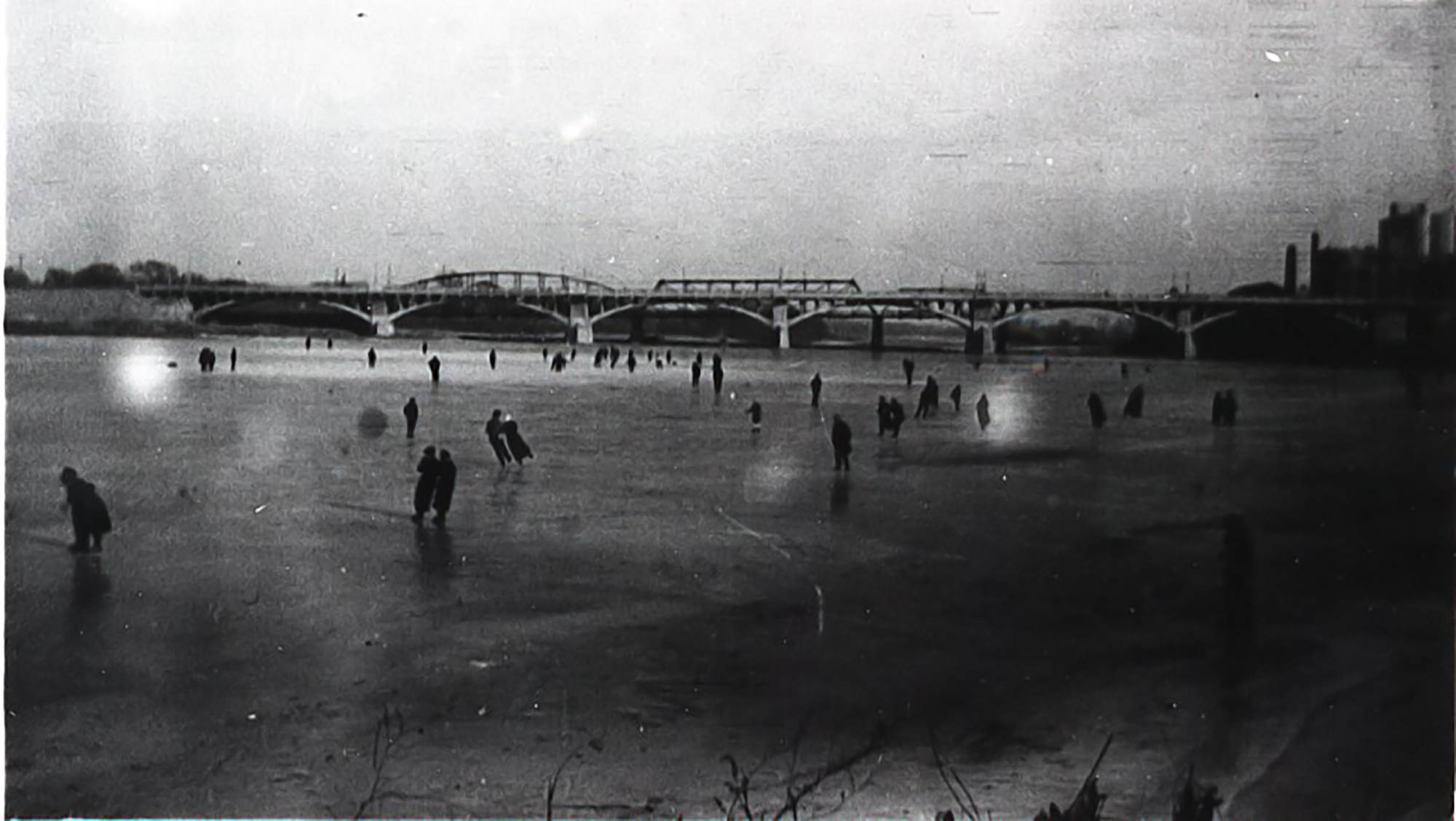 As the Kansas rowing team prepares to host the Jayhawk Jamboree this weekend, let’s take A Look Back at the role of the Kansas River in the Lawrence community.

The site of Lawrence was chosen in part due to the belief that steamboat travel was possible on the Kansas River. While this proved untrue, the Kansas Pacific Railroad quickly reached Lawrence, rendering river travel unnecessary. Instead, the Kansas River became a site for recreation including fishing, boating, swimming and even ice skating!

The Western National Fair Association hosted a regatta, “The First West of the Mississippi” according to the advertisements, in 1882. Today, the river is the home course of the Kansas varsity women’s rowing and co-ed intramural crew teams, and is also utilized by community members for kayaking and stand-up paddle boarding, among other activities.