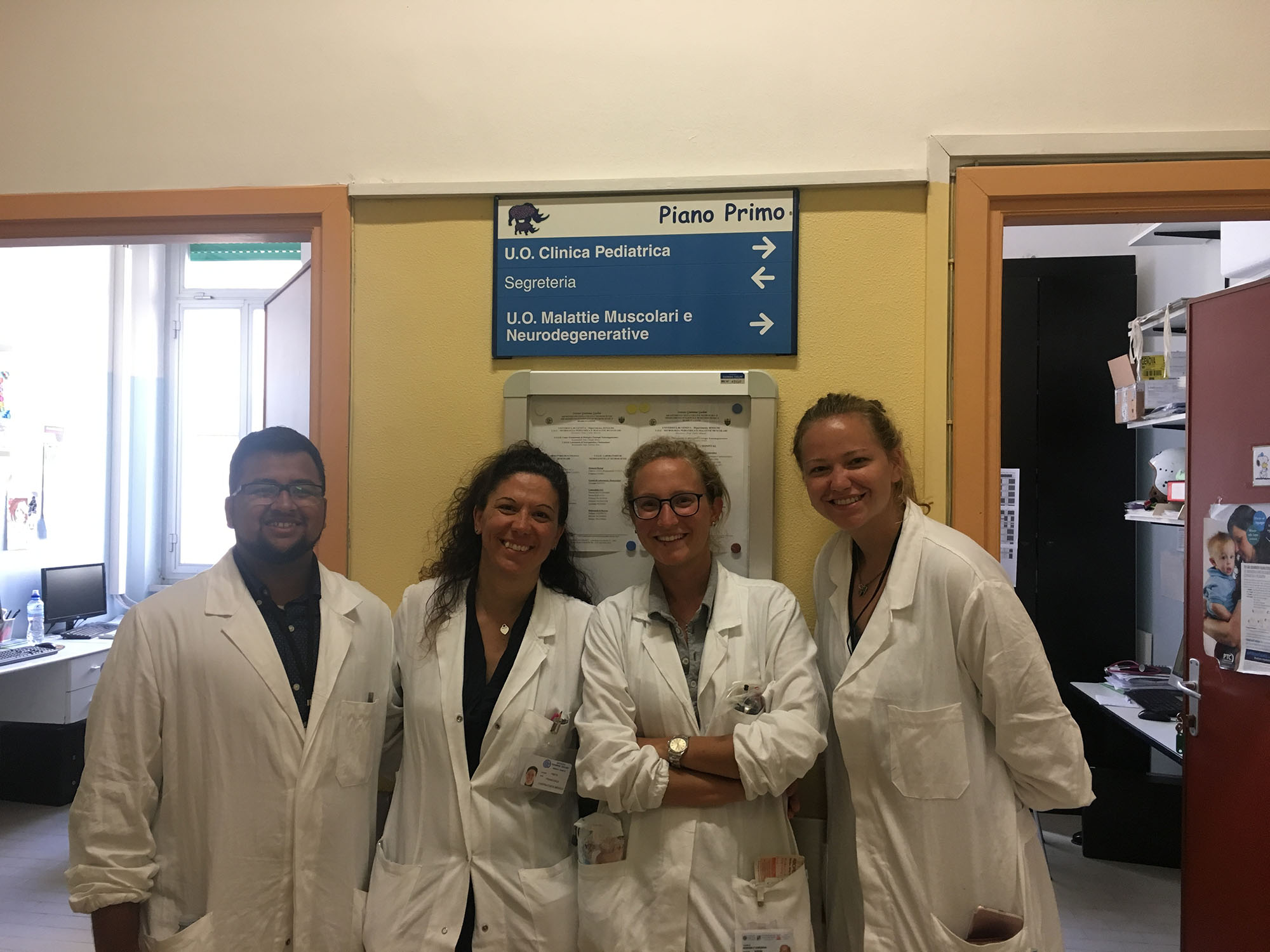 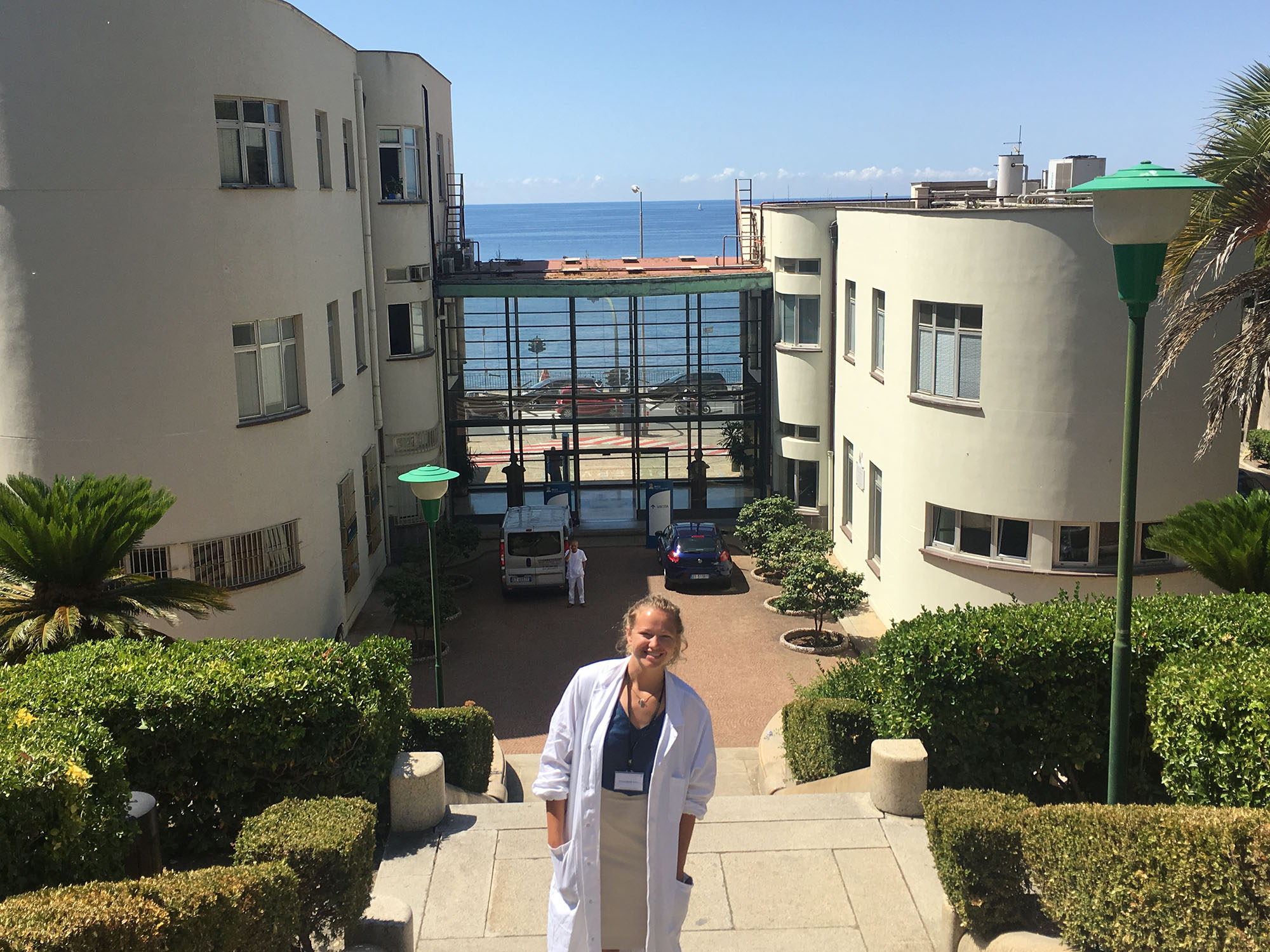 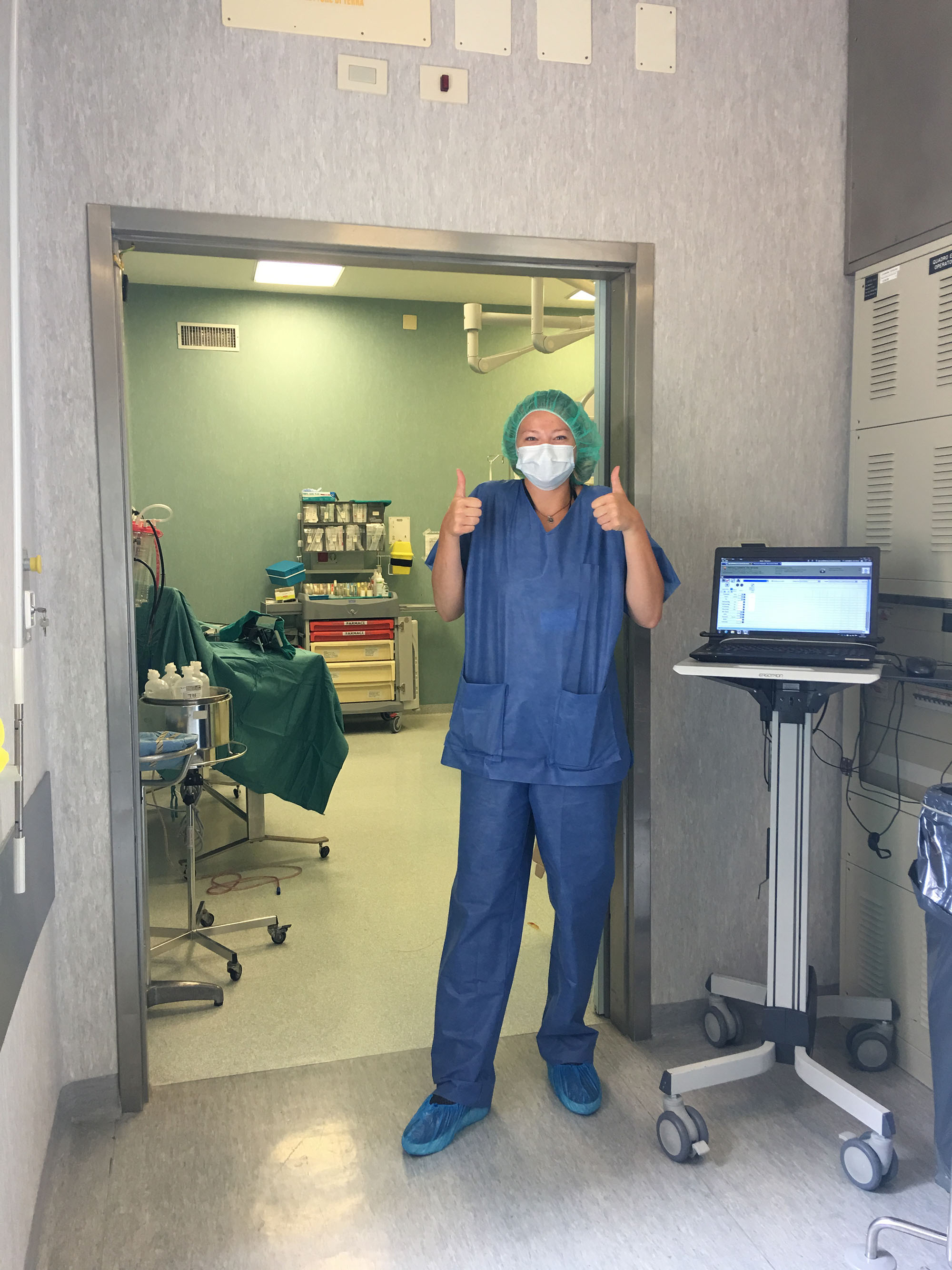 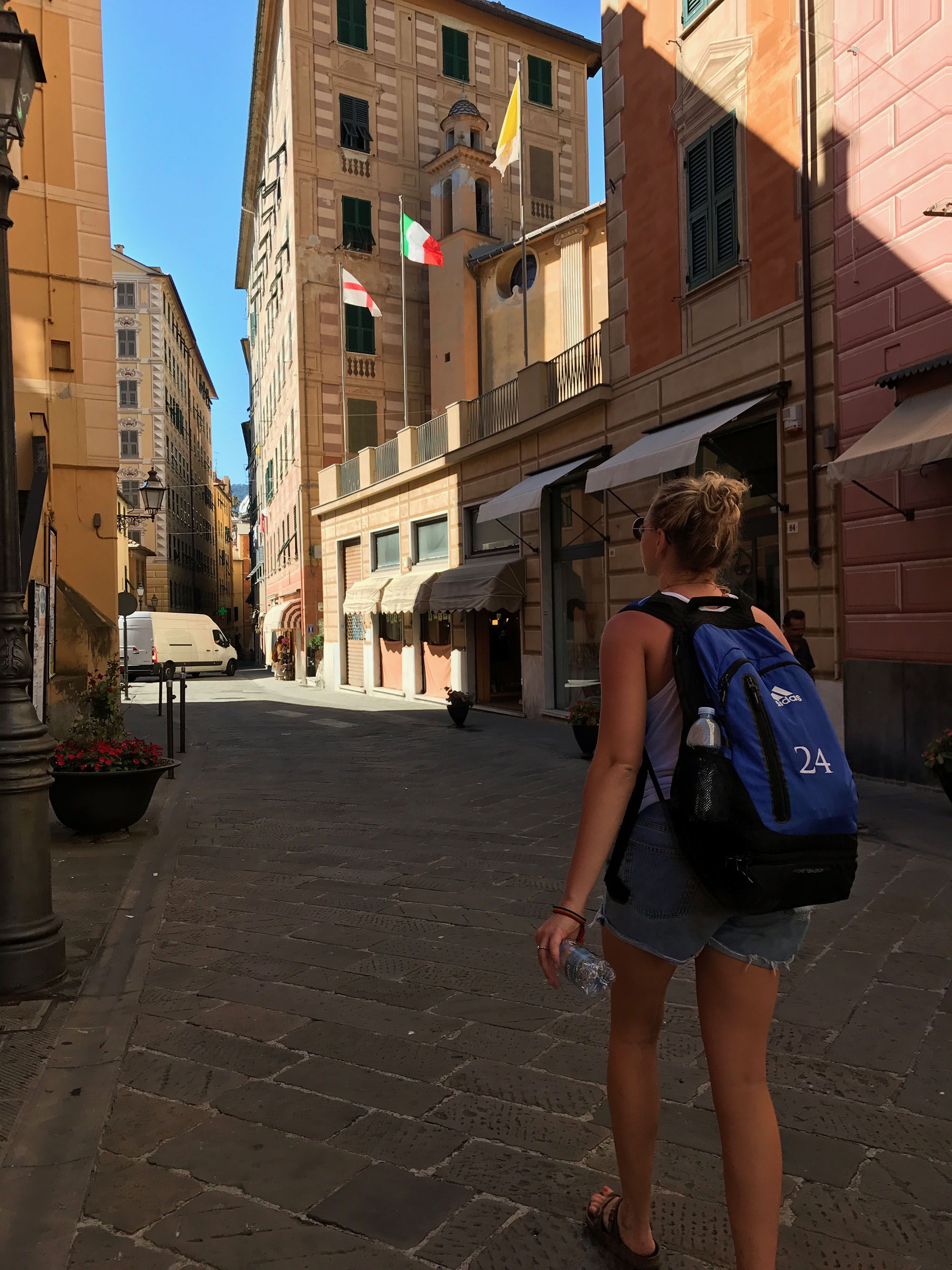 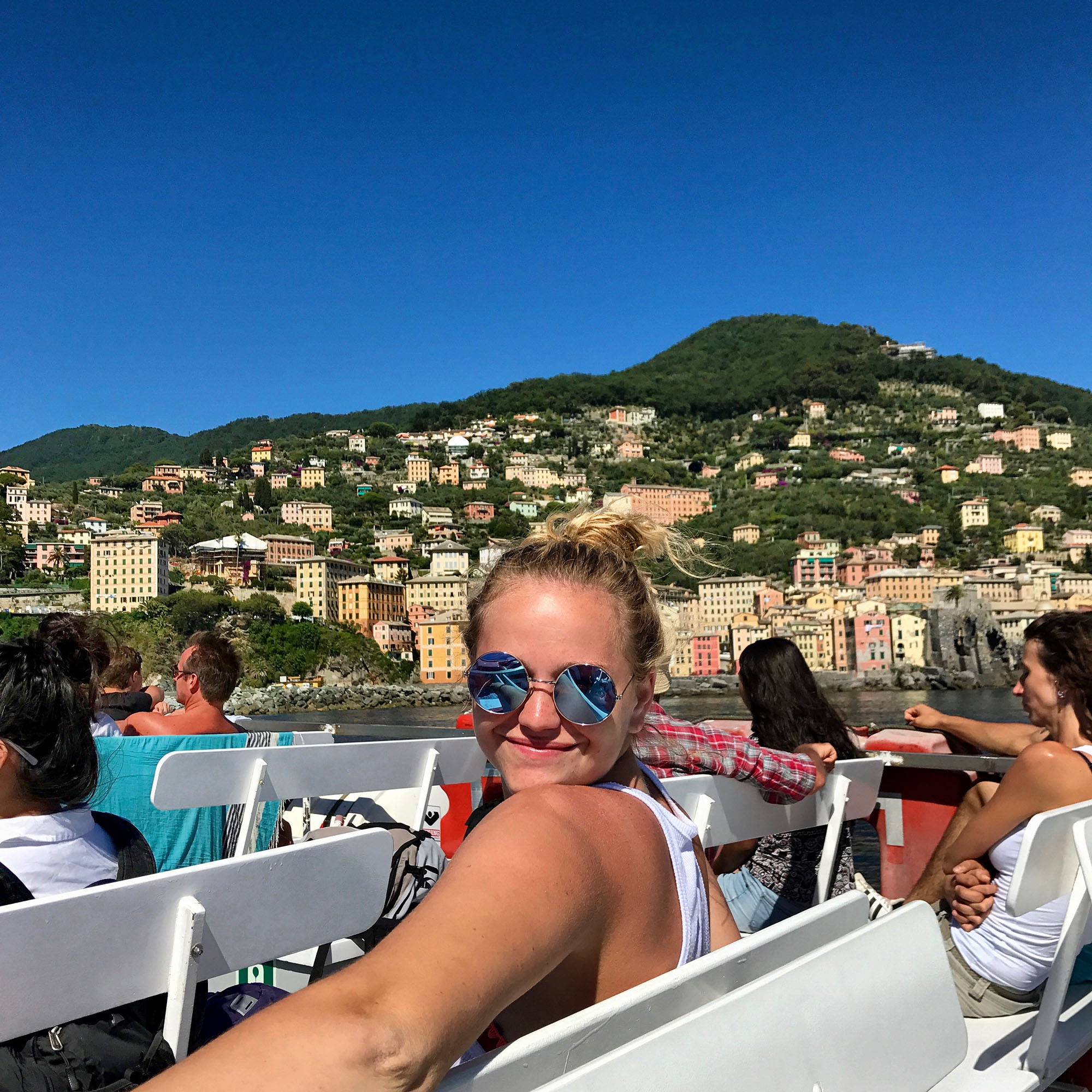 The opportunity to play basketball for Kansas has been a dream come true for senior guard Sydney Benoit, but basketball hasn’t been the only thing that the University has had to offer her.

Benoit is studying exercise science in KU’s Department of Health, Sport and Exercise Science with hopes of being a physician assistant (PA) one day. The best physician assistant programs in the country involve hours and hours of shadowing and hands-on experience, so Benoit took advantage of two different opportunities last summer to travel around the world in order to meet those requirements.

First, Benoit traveled to Panama for a medical brigade before making the trip to Italy for an internship where she gained first-hand medical experience by shadowing doctors and observing real surgeries.

Head coach Brandon Schneider has always put value and importance on his players’ future careers and the case was no different for Benoit.

Benoit knocked out a huge chunk of her shadowing requirements in July 2017, when she took a trip to Italy for an internship opportunity.

While in Italy for four weeks, Benoit got to shadow multiple doctors and see several different types of surgeries at a pediatric hospital ranging from neurosurgery to oncology to neuromuscular.

“It was a really neat experience,” Benoit explained. “I got to see how different our healthcare is compared to their health care and it was really cool.”

Benoit’s experience in Italy was not only about fulfilling hour requirements and traveling across the world. The Smith Center, Kansas, native determined what kind of medical professional she wants to be while in Italy.

“When I was in the oncology ward, which is where they were telling kids that they had cancer, I had an experience with one of the doctors where she was so compassionate to the families she was talking to,” Benoit said. “That is the kind of doctor that I want to be.”

While she was abroad, Benoit not only got first-hand experience watching surgeries and shadowing doctors, but she was also given the opportunity to travel to the surrounding areas in Italy and France.

“I shadowed throughout the week, Monday through Friday, and then Saturday and Sunday I traveled,” Benoit said.

Traveling to a different city each weekend allowed Benoit the opportunity to see five different places outside of Genoa, where she was based throughout the week. In Italy, Benoit saw Rome, Venice and Florence and then visited Monaco and Nice, while in France.

While in Rome, Benoit got to see Pope Francis, attend Mass at the Vatican, explore the Coliseum and visit the Trevi Fountain, but Florence and Monaco were the two cities at the top of her list.

“I really liked Florence,” Benoit said. “We watched the sunset and it was really beautiful. I really liked Monaco too because we got a boat and we went on the water so that was fun.”

Benoit’s European travels ended her summer of hands-on experience, but prior to her Italy trip, she traveled to Panama at the start of summer break for a medical brigade.

“We held a free clinic for a community in Panama, called Lamata,” Benoit explained. “We gave them free healthcare because they don’t have a lot down there.”

Around 150 volunteers from KU’s Jayhawk Health Initiative traveled with a dentist and three physicians to provide healthcare and assistance to those in the Lamata community.

“It was a really cool experience just to be able to bring that to them because they don’t get to see a doctor on the regular at all,” Benoit said.

Benoit’s experience in Panama really opened her eyes to the healthcare differences in the United States and Panama.

“In the United States we are just so blessed with the healthcare that we have,” Benoit said. “I don’t think a lot of people in Panama had ever seen a doctor before.”

In addition to giving healthcare to the Lamata community, the Jayhawk Health Initiative joined together to build a shower for a family in the area.

The Jayhawk Health Initiative is a program at the University of Kansas that provides pre-health students with the opportunities to gain hands-on experience, while enhancing their pre-health knowledge.

“It’s just crazy that they don’t have water and stuff like we do,” Benoit said. “Just getting to go and see how happy all of those people were that we were there (was amazing), and they were just so grateful that we were doing that for them.”

The opportunities that Benoit had in Italy and Panama not only helped her to meet the necessary requirements to get into graduate school, but also provided her with experiences that would help her determine what kind of medical professional she wants to be.

Although Benoit missed being in Lawrence during July with her teammates to get her needed health care experience in Italy, she took much of what basketball has taught her through the years and used it in both Panama and Italy.

“I think basketball has taught me a lot about hard work and just never giving up,” Benoit said. “I just feel like no matter what career you go into, you can take those aspects with you and that can carry on throughout life.”

With just the 2018 Phillips 66 Big 12 Women’s Basketball Championship in Oklahoma City (March 2-5) remaining, Benoit’s collegiate basketball career is quickly approaching its end, but her contributions to her team and the community will leave a lasting impact on the program.

After appearing in just two games in her junior campaign, Benoit has taken on a greater role in her final season in the Crimson and Blue. Benoit has seen action in 21 of KU’s 29 games to date, including a standout performance against then-No. 6 Texas (1/31).

In a game where Kansas nearly completed a comeback attempt against the Longhorns, Benoit netted her first-career 3-pointer in her career-high 19 minutes of aggressive play.

“I was really proud of Sydney’s effort and her fight,” said Schneider following the game. “I was really pleased. There’s nothing wrong with being called an overachiever and Sydney just played her guts out, she fights and she’s competitive. I was happy to see her make a basket. She’s had some good looks here in conference play and she finally got one to go down.”

Benoit recognizes her role for the Jayhawks and takes it on with pride.

“My role is to just come in and be aggressive and get the ball to those who can shoot it and score,” Benoit explained.

The aggressiveness, energy and passion that Benoit plays with is something that her teammates try to emulate each and every game, but especially during her incredible efforts against Texas.

“Sydney played a wonderful game and all we were trying to do is match her energy,” said junior guard Christalah Lyons of Benoit’s performance against the Longhorns.

Benoit hopes that people will remember her energy and work ethic for Kansas women’s basketball in the years to come.

“As a senior, I hope that when people think of me and remember me, they know that I’m the person who has always worked hard, came to practice every day, played their hardest and gave it their all every day,” Benoit said. “That’s what I hope to be left with me.”

Benoit hopes that people will remember her energy and work ethic for the years to come as she moves forward in her path to becoming a physician assistant.