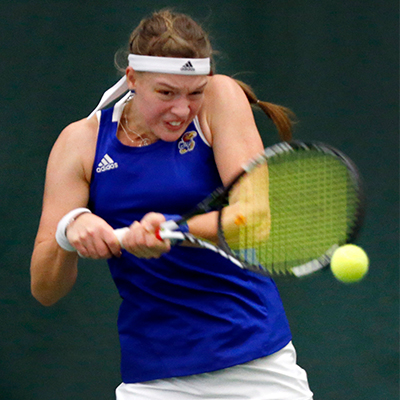 With the Kansas tennis team downing a pair of 2016 NCAA Tournament participants, both on the road, Khmelnitckaia seemed to be involved in the momentum swings of both match victories. At North Carolina State Friday, KU dropped the doubles point and headed to singles play needing to win four of the six matches. The Jayhawks did just that spurred by Khmelnitckaia’s 6-3, 6-4 win at No. 4 singles to even the score and sway the momentum. On Sunday, Khmelnitckaia teamed with Tess Bernard-Feigenbaum for a 6-2 No. 1 doubles victory and then followed that up with another straight-set No. 4 singles win, 6-2, 6-2. 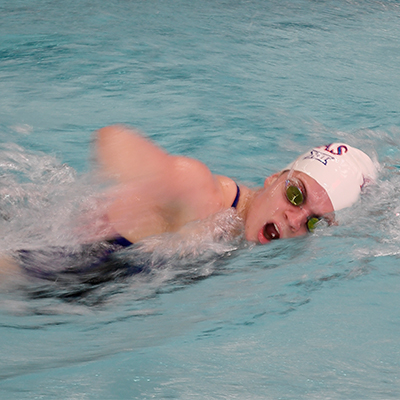 Nusbaum was part of three events and played a critical role in Kansas’ 180-114 dual-meet win over Iowa State Saturday, as she took the top spot in each one. She won the 200-yard freestyle with a time of 1:50.97, giving Nusbaum wins in seven of her eight swims in that event this season.  She added an individual victory in the 500-yard freestyle and was clocked at 4:59.53. Nusbaum was also victorious in the 400-yard freestyle relay as she joined Yulduz Kuchkarova, Haley Bishop and Carly Straight to finish first at 3:30.25. 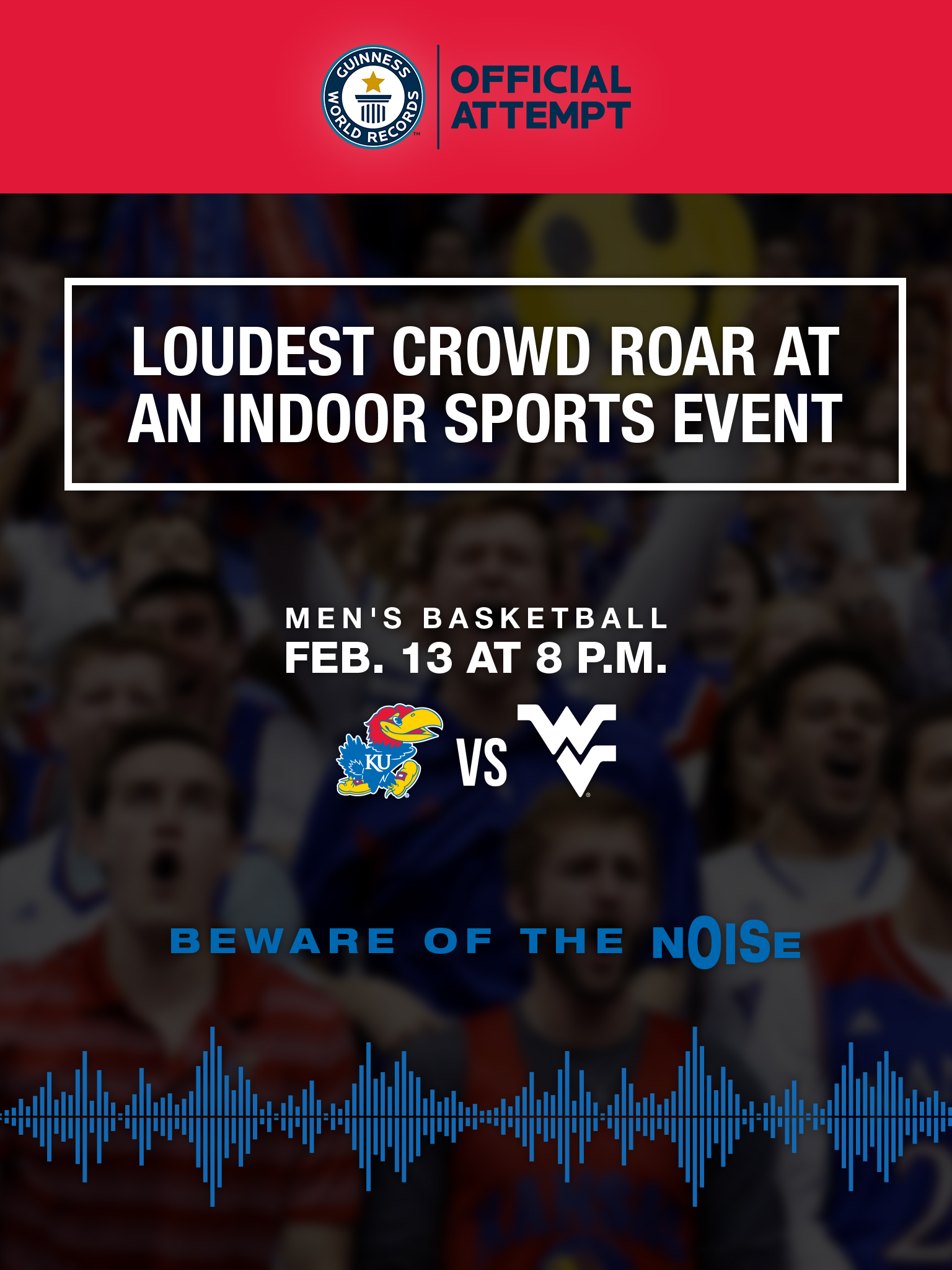 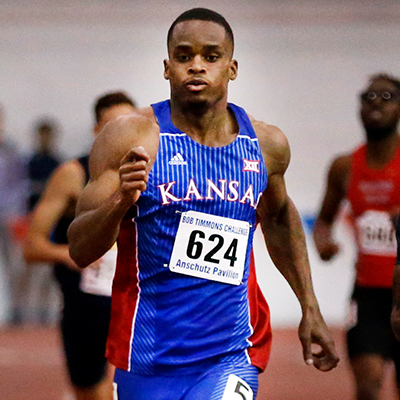 Typically being a part of a school record makes for a great weekend of competition, but for Livingston, he took part in two Kansas records at the Husker Invitational Saturday inside the Bob Devaney Center. The Jayhawk senior was never challenged in his first event, the rarely raced 600-meter run. He completed three laps around the track in 1:16.93, bettering the previous school record by more than three seconds. Livingston carried that record-setting mentality into his third leg of the 4×400-meter relay. Joining sophomore Ivan Henry, junior Tre Daniels and junior Jaron Hartley, the Kansas quartet rewrote the school and meet records with a winning time of 3:07.82, while beating the Texas team by .01 seconds in the process. Livingston had to navigate a charge from the Texas squad after the Longhorns briefly took the lead during his third leg. He managed to overtake the UT runner over his final 100 meters before he handed off to the anchor, Hartley, with the Jayhawks back in front. 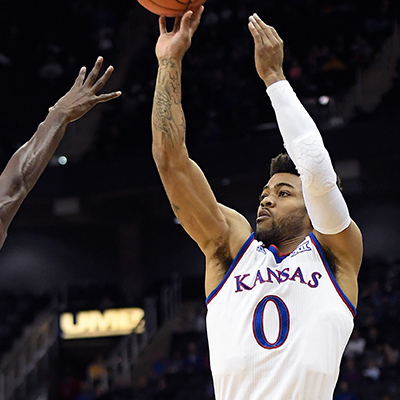 The frontrunner for the national player of the year award, Mason practically willed the Jayhawks to another pair of wins, but his only missed field goal in regulation despite a career-best scoring effort, was all Iowa State needed to snap KU’s 54-game home win streak. Mason started the week guiding the Jayhawks to a 73-68 win over No. 2 Baylor, before pouring in 32 points in the overtime loss against ISU. Against Baylor, whether it was crucial shots, key rebounds or diving into the Fieldhouse bleachers for loose balls, Mason did it all. The senior guard averaged 25.5 points, five rebounds and 5.5 assists over the two games. He also shot 22-for-24 (.917) from the free throw line and 12-for-23 (.522) from the field. Shooting a perfect 9-for-9 from the floor heading into the final shot of regulation against Iowa State, with the game tied 82-82, Mason’s shot bounced off the back iron to force the extra period. His 32-point effort against the Cyclones was his third 30-point scoring game of the season.