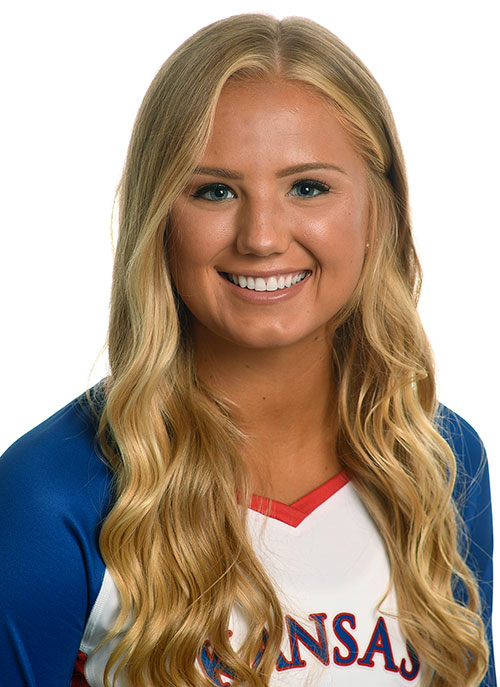 2017 (FRESHMAN)
Played in two matches and two sets during her freshman season … Made her Kansas debut late in the match of a four-set win at Oklahoma (Oct. 7) … Her season-high three assists powered KU’s last three kills in the third set of a 3-0 sweep over Texas Tech (Oct. 21).

HIGH SCHOOL / CLUB
Attended Olathe South High School in Olathe, Kansas … Played club volleyball for MAVS, the same program that produced KU greats Cassie Wait and Tayler Soucie … As a senior in 2016, was named to the All-Sunflower League First Team … Named the Max Preps Player of the Week in October 2016 … Named to Honorable Mention All-Sunflower League in 2014 … Signed a National Letter of Intent to attend KU on Nov. 9, 2016.

ACADEMICS
Undecided on a major at the University of Kansas … Has career ambitions to be in the health and fitness or nutrition professions.

PERSONAL
Daughter of Kyle and Jenni Carlson … Oldest of three siblings to twins, Luke and Linnea.