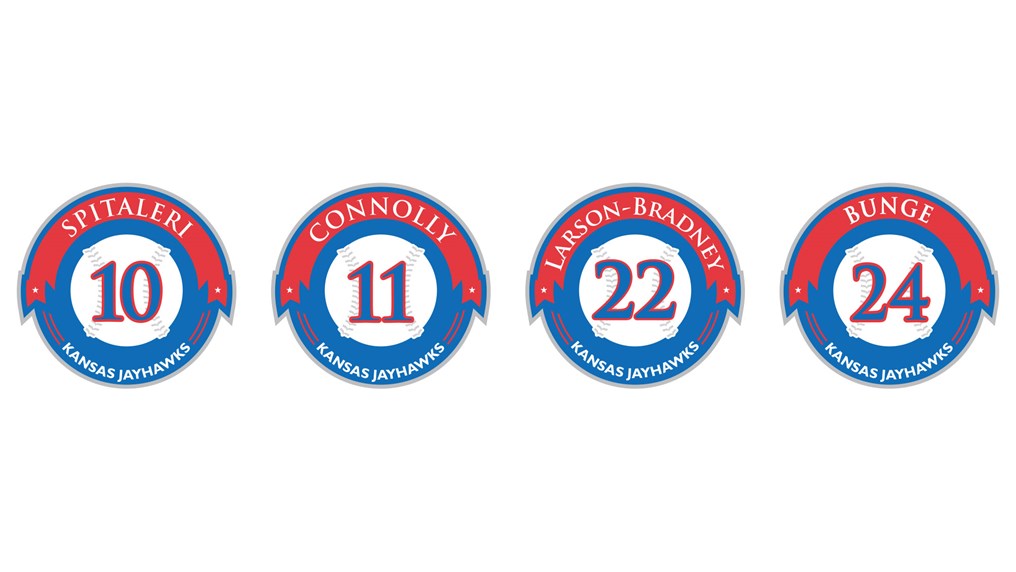 Jill Larson was the first softball All-American in school history. The third baseman earned All-America honors during the 1981 season. She was also an all-region selection for her performance in the Crimson and Blue. Larson led the Jayhawks with a .341 batting average in 1981. She also led the team in hits (43), runs (17), doubles (4), and RBIs (17) that season.

Sheila Connolly is one of four Jayhawks to earn multiple All-America accolades in her career. She earned All-America honors in 1986 and 1987. During the 1987 season, Connolly led the Jayhawks in hits, runs scored, triples and stolen bases. Connolly recorded the third-best single-season batting average in 1987 with a .391 average. In her career, Connolly was a First Team All-Big Eight selection and a two-time Big Eight All-Tournament honoree.

Camille Spitaleri is the only Jayhawk to be named an All-American three times in her career. She earned All-America honors in 1990, 1991 and 1992. Twice in her career, Spitaleri earned First Team All-Big Eight honors and Big Eight All-Tournament accolades. She set a single-season record for triples in 1991 with seven. Spitaleri is second in Kansas’ record books in career hits (225) and first in triples (17). She led the team in doubles, triples and home runs in 1990 and 1992.

Tracy Bunge played and coached for the Jayhawks. She played for Kansas from 1983-86 and coached from 1997-2009. Bunge earned All-America honors during her senior season in 1986. A three-time All-Big Eight First Team selection, Bunge led the team in strikeouts (145), innings pitched (202.1), appearances (32) and had the lowest ERA (0.55) during her final season. As the head coach for Kansas, Bunge compiled a 409-345-2 record and guided the Jayhawks to four NCAA Tournament appearances.