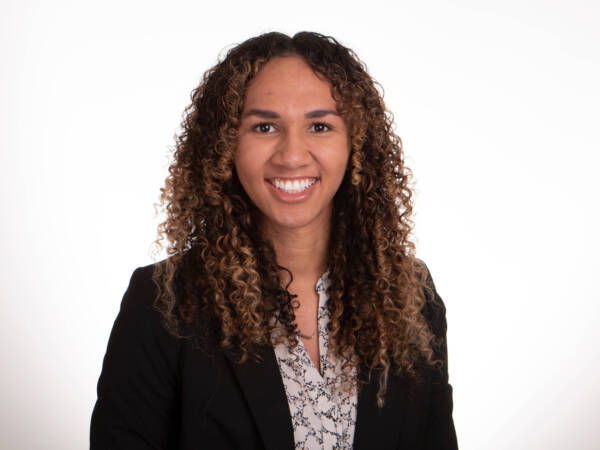 Morgan Paige enters her second season on the Kansas Women’s Basketball staff after joining the Jayhawks in April 2021. She serves as an Assistant Coach and Recruiting Coordinator on Coach Brandon Schneider’s staff.

In Paige’s first season in Lawrence, she assisted Schneider – the 2022 Big 12 Coach of the Year – during the Jayhawks breakthrough campaign in 2021-22. The Jayhawks finished the season with a record of 21-10, marking the program’s first 20-win season since 2010-11, and the Jayhawks had 20 wins during the regular season for the first time since 1999-2000. Kansas capped off the season with a berth in the 2022 NCAA Tournament, where KU earned the No. 8 seed in the Spokane Regional and defeated Georgia Tech, 77-58, in the opening round before falling to eventual regional champion Stanford in the second round.

Kansas had three players earn All-Big 12 recognition in Paige’s first season, including guard Holly Kersgieter, who became KU’s first All-Big 12 First Team selection since 2015. Under Paige’s tutelage, Kersgieter led the Jayhawks in scoring at 13.4 points per game and surpassed the 1,000-point mark for her career.

Before coming to Kansas, Paige spent five seasons (2016-21) on staff at North Dakota State, first as an Assistant Coach before adding Recruiting Coordinator duties in 2019. While at NDSU, Paige aided former Kansas assistant Jory Collins as the Bison completed a program turnaround in two seasons, going 15-9 in the COVID-shortened 2020-21 season for NDSU’s first winning season in over a decade. That same season, Paige helped guide North Dakota State to their highest finish in the program’s Division I history, third place. She has coached four players who earned Summit League Conference honors: Second Team All-Conference, Newcomer of the Year, All-Conference honorable mention and All-Newcomer Team.

Prior to joining the Bison’s staff, Paige spent a year as a graduate assistant at Iowa State, where she helped extensively with video editing systems, community relations, player development and on-campus recruiting. As a student-athlete, she was a four-year letter winner and starter for the University of Wisconsin. Paige was a Third Team All-Big Ten selection in 2013 and became the 23rd Badger to score 1,000 career points in her senior season, currently ranking No. 18 in school history with 1,230 career points.

Paige graduated from Wisconsin in 2014 with a bachelor’s degree in life sciences communication before earning a master’s degree in leadership in physical education and sport from North Dakota State University in August 2021. She also spent time playing professionally in Romania with CSM Craiova in Craiova, Romania and in March 2020 was inducted into the Iowa Girls High School Athletic Union Basketball Hall of Fame.

Basketball is a way of life for Paige and her family. Her mother, Sherryl, was her high school coach, while her father, Ellis, worked extensively with both her and her brother, Marcus, to perfect their craft. Marcus is a 2016 graduate of the University of North Carolina and was selected by the Brooklyn Nets in the second round of the 2016 NBA Draft before being traded to the Utah Jazz.