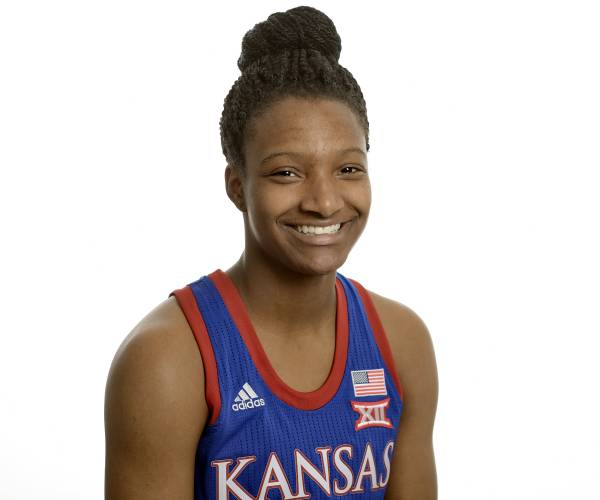 Named to the Academic All-Big 12 First Team…Finished her Kansas career with 979 points, averaging 8.6 points per game over 114 games as a Jayhawk…Appeared in all 31 games, making 16 starts…Scored a season-high 25 points in the season opener against SIUE (Nov. 10)…Reached double figures in scoring 12 times…Averaged 8.5 points per game for the year…Third on the team with 30 steals…Shot a career-best 40.7 percent from the field…Hit 26 three-pointers.

Named to the Academic All-Big 12 First Team…Ended the season ranked No. 249 in all of NCAA Division I Women’s Basketball for steals per game and ninth in the conference…Played in 25 games for a total of 648 minutes…Shot 37.8 percent from the field and 61.9 percent from the free throw line…Notched a total of 81 rebounds…Posted 40 assists…Tallied 42 steals…Scored a total of 212 points…Led the team in steals, averaging 1.7 per game.

Prepped at Duncanville High School…Ranked No. 50 for her position by ESPN and No. 122 overall by Prospect Nation…A three-star recruit…Helped Duncanville to three Texas State Championship appearances and won the 6A state title twice…Scored 19 points, including five 3-pointers, in the 2016 6A state championship game.