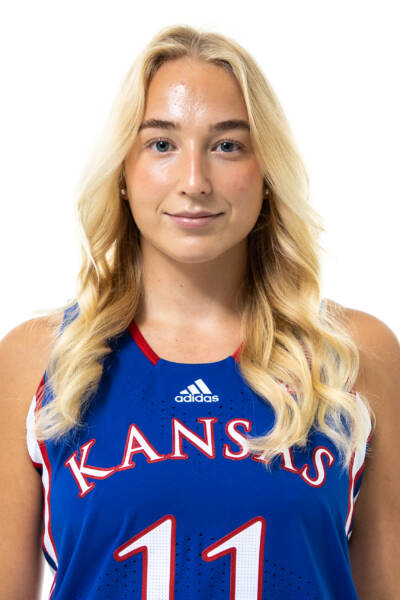 2022 Summer (FIBA U20 European Championships)
Competed for Sweden in Group A of the tournament, played in Sopron, Hungary…Helped Sweden finish 4-3 at the tournament to finish in 11th place…Started each of Sweden’s final six games, averaging 7.2 points, 4.8 rebounds and 2.5 assists per game…Shot 41.5% (17-of-41) from the field and 81.8% (9-of-11) from the free throw line…Scored in double figures twice, putting up 10 points against against Belgium in pool play and 12 against Lithuania in the 11-12 game…Had at least four rebounds in each game, including six against Bulgaria in the first round of bracket play…Was joined in Group A by Kansas teammate Zsófia Telegdy, who competed for Hungary.

Prior to Kansas
Has not only played on the national stage but has won on it as well…In women’s U16 Division B, team placed first in the European Championships…Has also won first, second and third place at the Nordic Championships with three different teams…Club team, RIG Luleå, placed first in local league on the Division I level…Earned a spot on the Swedish Championships All-Stars Team and European Girls Basketball League (EGBL) All-Stars squad, named league’s Most Valuable Player…Averaged, in 2019-20 with the European Youth Basketball League (EYBL), averaged 11.4 points, 5.8 rebounds with a 12.9 efficiency rate in nine games…Chose Kansas over Marquette, University of Illinois, University of Texas, University of Wyoming, Rutgers University, Indiana University and Texas Tech.

Daughter of Patrik and Maria Ström…Has one sister, Emma…Majoring in Business.