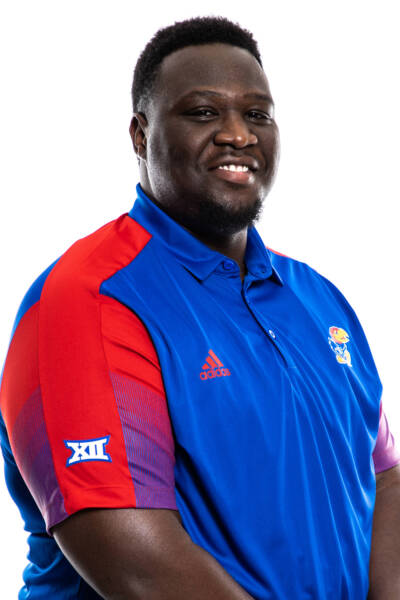 Chris Labidou joined the Kansas football staff under head coach Lance Leipold in 2022 as a graduate assistant working with the Jayhawks offense.

Labidou (Lab-e-do) came to KU from Utah State, where he worked as a graduate assistant on the Aggies staff.

Prior to Utah State, Labidou spent two seasons (2019-20) as an assistant coach at Stonehill College in Easton, Massachusetts, where he served as the director of football operations for head coach Eli Gardner, as well as the position coach for the Skyhawks’ offensive line.

Labidou also spent two seasons (2017-18) as an assistant coach at McDaniel College in Westminster, Maryland, where he coached the offensive line, tight ends and halfbacks for the Green Terror on coach Mike Dailey’s staff.

Prior to his two seasons at McDaniel, Labidou was an undergraduate student assistant at his alma mater Bowie State University on coach Damon Wilson’s staff.

Labidou is a 2016 graduate of Bowie State, receiving his bachelor’s degree in sociology. He was an interior lineman for the Bulldogs, earning all-Rookie Team honors. Labidou earned his master’s degree in kinesiology from McDaniel in 2019.